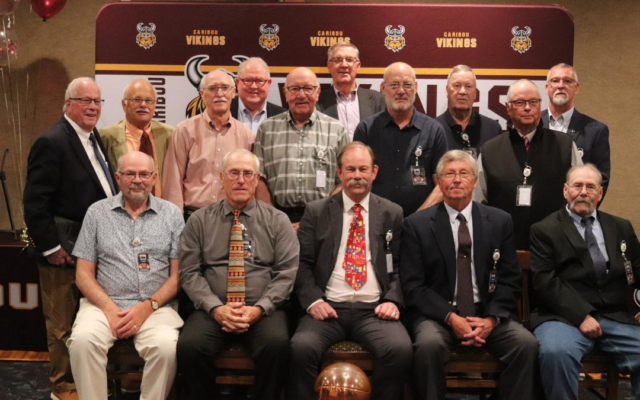 Kevin Sjoberg, Special to The County • June 23, 2022
Long-time athletic director Dwight Hunter and legendary basketball coach Gerald "Gerry" Duffy, along with his 1969 state champion basketball team were among the many highlighted individuals included in the induction class into the newly-established Caribou High School Athletic Hall of Fame.

CARIBOU, Maine — Long-time athletic director Dwight Hunter and legendary basketball coach Gerald “Gerry” Duffy, along with his 1969 state champion basketball team were among the many highlighted individuals included in the induction class into the newly-established Caribou High School Athletic Hall of Fame.

The ceremony was held Saturday evening amidst a festive atmosphere and in front of a crowd of approximately 200 people in the banquet room at the Caribou Inn and Convention Center.

Following a social time and a buffet meal, David Wakana, representing the 10-person hall of fame committee, welcomed guests and introduced other members of the committee. Current athletic director Evan Graves and RSU 39 Superintendent Timothy Doak also spoke prior to the introduction of the inaugural class.

Hunter, who was presented by his son, Scott, served as a coach and the athletic director during his tenure at CHS from 1961-2002. A graduate of Presque Isle High School, Dwight Hunter was renowned for establishing several athletic programs and overseeing the construction and maintenance of the gymnasium and the outdoor athletic complex which became recognized as one of the best facilities in the state.

He was named the state’s first Athletic Director of the Year in 1980; received the Outstanding Achievement Award from the Maine Interscholastic Athletic Administrators Association in 1998; was one of six athletic directors in the nation to receive the National Federation Citation Award that same year; and was inducted into the MPA Hall of Excellence in 2015.

His squads reached the regional finals seven times, capturing three Class A regional titles and one state championship. Duffy, who passed away in 2007, was presented posthumously by his daughter, Cathy, and accepting the honor on his behalf were his son, Michael, and grandchildren Matthew and Molli Cullins.

Bob Stedt, a member of the 1969 state championship team, accepted the induction on behalf of the team after a brief audio clip of the radio broadcast of the state championship game against Westbrook was played for the audience. Stedt went on to praise the leadership of Duffy, who he recounted had predicted to the team during the pre-season that they were going to play in the state finals.

Ericson said it was a memorable evening for all members of the team who attended.

“The team was totally humbled and appreciative of everything from the decor, the crowd and just seeing each other,” Ericson said. “It all was a great tribute to Caribou athletics.”

Robert Cyr (Class of 1958) and Emery Plourde (Class of 1940) were both inducted posthumously.

Cyr was presented by fellow coach Roy Alden, with Cyr’s son, Jeffrey on hand to accept the award. Cyr, who died in 2021, was a standout basketball and baseball player who went on to teach and coach numerous teams at his alma mater for 37 years. He was known as a great communicator who was able to instill confidence in the athletes who played for him.

Plourde, a member of three other halls of fame, was a state and national champion cross country runner and track athlete during his time at both CHS and at Seton Hall as a scholarship athlete and went on to officiate at countless local track meets in Caribou. Plourde, who died in 2008, was presented by his son, John, with two of his other children, Bob and Jane, accepting the plaque.

“It was great to connect with the history of Caribou High School athletics and to see the impact that our programs have on our students,” Graves said.

“The inductees really appreciated the opportunity to come back to Caribou and be recognized, and the alumni being inducted really emphasized the positive experience that they had from participating in our athletic programs and how those experiences prepared them for life’s challenges,” he added.

The hall of fame committee consists of Wakana, Scott Hunter, Dwight Hunter, Graves, Genz, Walton, Verna Johnson, Roy Alden, Philip Caverhill and Stedt. The next induction ceremony is planned for a yet to be determined date in 2024.

For more information, go to the CHS Athletic Hall of Fame website: https://www.rsu39.org/o/chs/page/athletics-hall-of-fame. 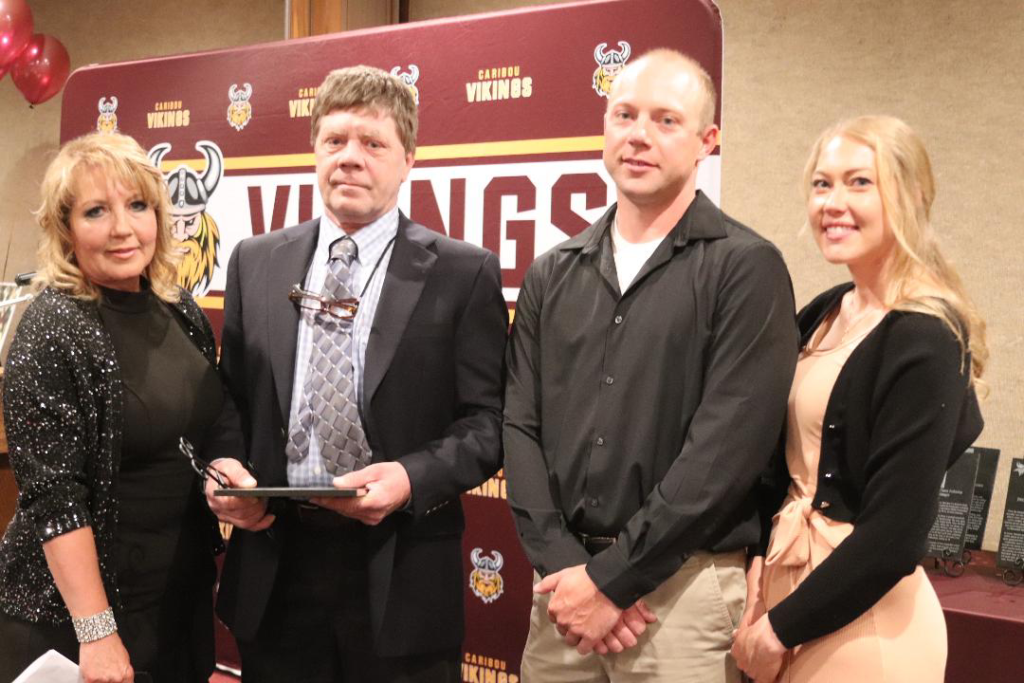 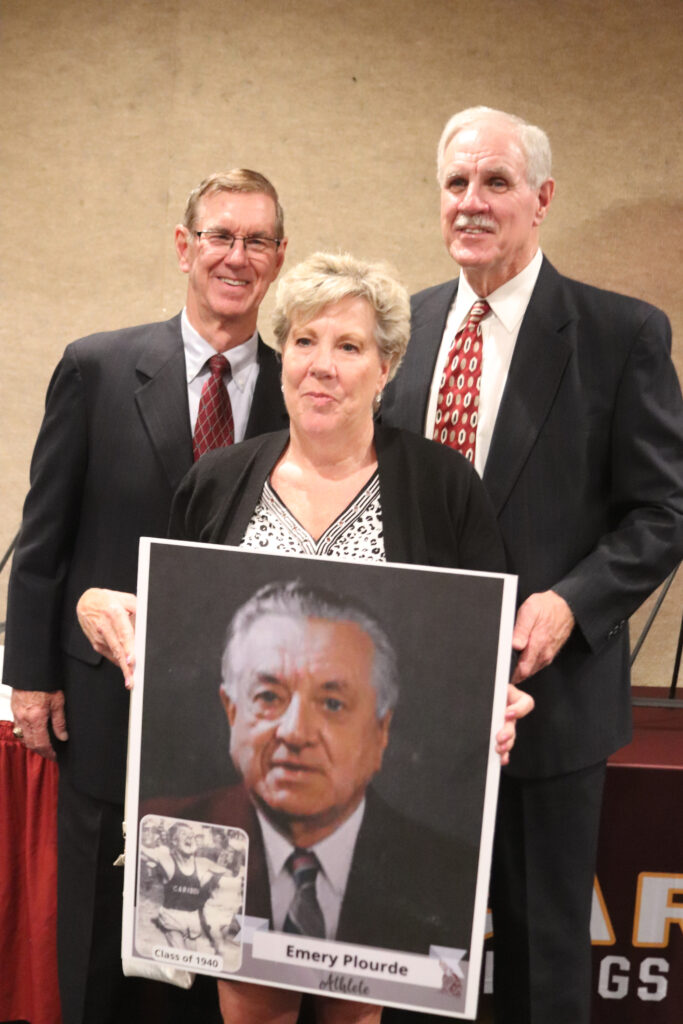 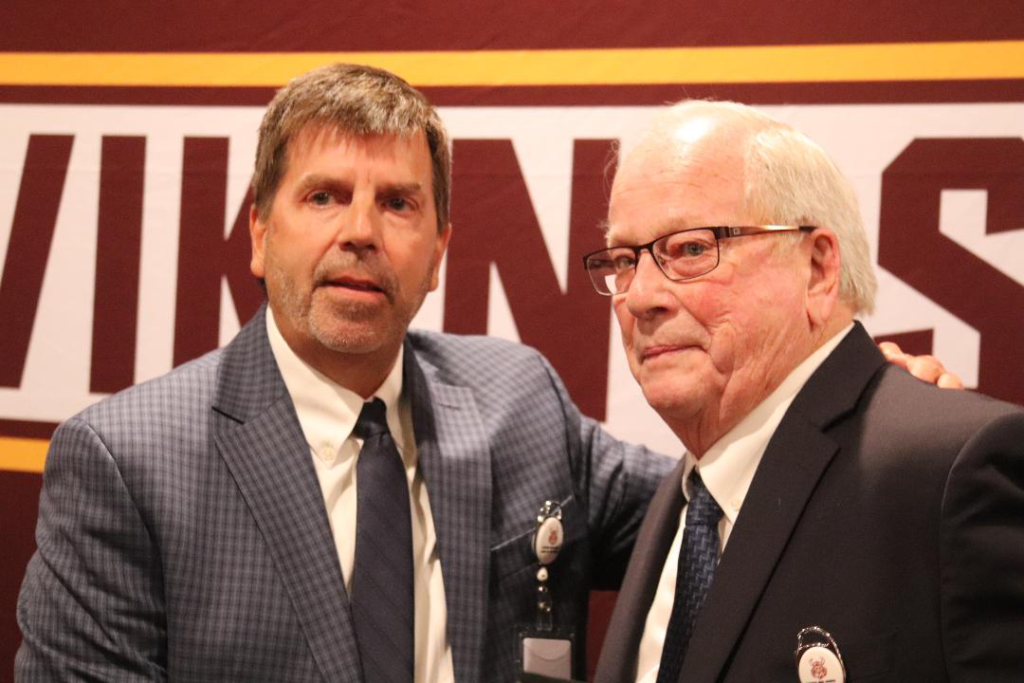 Recently we took in a cat named Joe. He is a very sweet cat with a multitude of problems. He was rescued from the streets here in town, but Joe turned out to be a very sick kitty and was surrendered to The Ark because the resources were not there to help him.
What's Happening This Week END_OF_DOCUMENT_TOKEN_TO_BE_REPLACED