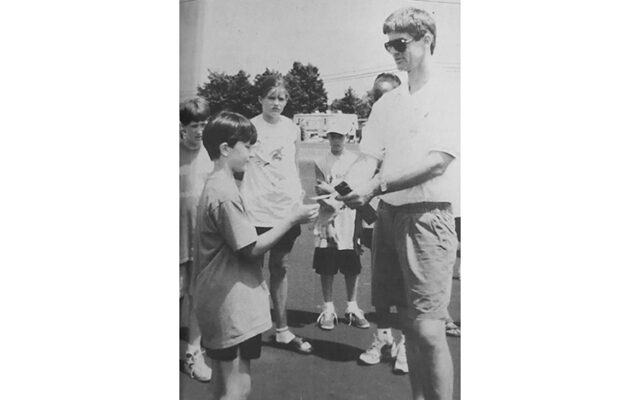 Baptist Sunday School planning a trip — The members of the Baptist Sunday School are planning to give the people of Houlton and vicinity an opportunity to visit the great power plant at Aroostook Falls on August 7th with an excursion over the C. P. Ry. leaving Houlton at 6 and reaching the Fails at 10 returning, leaving the Falls at 4 and reaching Houlton at 8. The fare will be $1.20 for adults, children 60 cents.

Fire destroys potato house — Collins Bros. Estimate $8000 of damage done. Bertram M. Wemore, a veteran member of the Houlton FIre Department, received painful but not serious injuries Saturday night while fighting a fire which the owners say caused damage estimated at $8,000 to the Collins Brothers potato house near the Bangor and Aroostook freight office. The loss is only partially covered by insurance.

Explosions not so mysterious — State police have a good description of cars seen. The mystery of the four unexplained explosions which startled residents of Hodgdon in the early morning hours Sunday may not be as mysterious as was first thought, as a result of an investigation conducted by state police. Trooper Ray Orcutt, who lives in the section where the blasts occurred, reports that a good description of a car seen in the neighborhood of at least two of the detonations is now in state police hands. Trooper Orcutt further said that an analysis of earth taken from two of the craters which have thus far been located will be analyzed to determine the nature of the explosive used. There was no evidence on the surface to indicate whether or not it was dynamite, state police said.

Warren Walker wins centennial golf tournament  — The Island Falls Centennial Golf Tournament held at the Va-Jo-Wa golf course in Island Falls on July 1-4 saw native Warren Walker take the event over Herschel Bates of Old Orchard Beach by a score of 156 to 163. However, Bates took net honors with a 137 net.

Lady Golfers To Host Bridge Party Thursday — The Lady Golfers of the Houlton Community Golf Club will hold a public bridge party this Thursday, at the clubhouse. There will be a duplicate tournament as well as party bridge play.

Local Elks go to national convention — No truth to the rumor that the Windy City got its nickname during an Elks Convention, but more than 10,000 members who gathered here from July 5 to 10 for the 133rd National Convention of the BPO Elks of the USA did have plenty to guest about.

Forbidden foods for our four-legged friends are many and can be very dangerous if ingested. Sometimes, we give our pets leftovers or what we consider treats. According to many sources, some human foods can make an animal very sick, and in certain cases can even be lethal.
What's Happening This Week END_OF_DOCUMENT_TOKEN_TO_BE_REPLACED