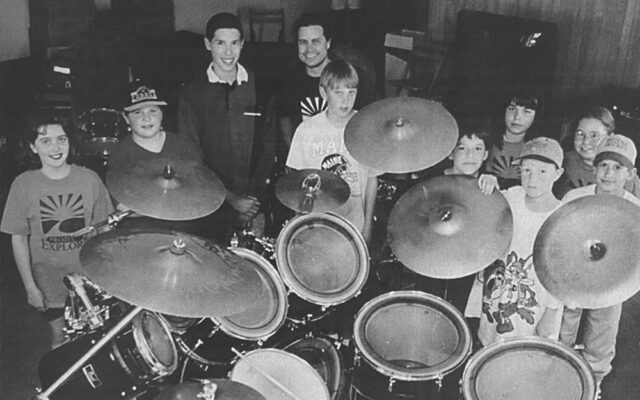 Lanette Virtanen • July 20, 2022
115 Years Ago - July 18, 1907 Exciting runaway -- There was an exciting runaway on High and Sweden streets about 3 o’clock Friday. A pair of spirited gray horses, owned and driven by Emery Knowlton, became badly frightened in some way, and started down High Street at a 2.40 clip, turning into Sweden Street and continuing on up the street to the residence of A.V. Goud, where they were stopped, after partly freeing themselves from the heavy jigger.

Exciting runaway — There was an exciting runaway on High and Sweden streets about 3 o’clock Friday. A pair of spirited gray horses, owned and driven by Emery Knowlton, became badly frightened in some way, and started down High Street at a 2.40 clip, turning into Sweden Street and continuing on up the street to the residence of A.V. Goud, where they were stopped, after partly freeing themselves from the heavy jigger.

Mr. Knowlton and his son were on the seat, but their efforts at stopping them were in vain. The footboard, which Mr. Knowlton had his feet braced against, gave way, letting him fall behind the horses, his clothes catching in some way and he was dragged under the wagon quite a distance over the rough ground. Mr. Knowlton was taken unconscious from under the wagon. He received several bad cuts about the head and a bad cut on one of his legs. He was carried across the road to the residence of Dr. Little, where his injuries were dressed and made as comfortable as possible, until he could be removed to his home on the Limestone Road. His son, who was with him on the wagon, escaped without injury, except that he was badly frightened.

Observing an anniversary — New Sweden will observe the 52nd anniversary of its settlement on Sunday, July 28, with special union services of all the churches, meeting in Thomas Park.

School of music opened — Edward W. Larson, the popular piano player at Powers Theater, and John I. Katscher opened a school of music in the Hackett Block. Mr. Larson will teach piano and Mr. Katscher will give violin lessons.

Swimming pool has 1,000 attendees — Recreation program director Emery Plourde estimated that records were broken during the exceptionally hot spell Tuesday at the community swimming pool when approximately 1,000 boys and girls registered for swimming.

Plourde leaves Caribou Middle School — When the Caribou Middle School opens its doors for the 1997-98 school year, one face will be decidedly absent. John Plourde, the school’s principal, will not be in his usual place at the morning assembly. Plourde, a 19-year veteran of the Caribou school system, handed in his resignation to the school board and will be in Pittsfield when the school year begins. Plourde is making the move to be dean of students at Maine Central Institute, an independent secondary school.

SHARE volunteers recognized — People working together to help one another — that is the message and the reality of SHARE New England according to those who know best — the volunteers. The motto SHARE is an acronym for Self Help and Resource Exchange. Bea Rideout of Fort Fairfield was awarded a plaque for her special volunteer contribution. Myra Cray of Caribou received a certificate and thanks from Paul Hamilton representing the state office of SHARE New England.

Forbidden foods for our four-legged friends are many and can be very dangerous if ingested. Sometimes, we give our pets leftovers or what we consider treats. According to many sources, some human foods can make an animal very sick, and in certain cases can even be lethal.
What's Happening This Week END_OF_DOCUMENT_TOKEN_TO_BE_REPLACED