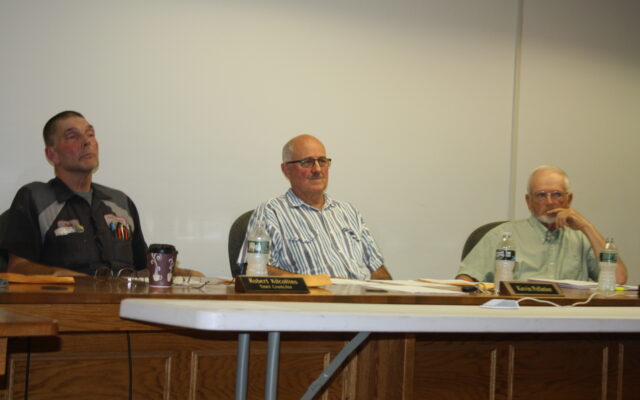 Melissa Lizotte • July 21, 2022
Fort Fairfield's controversial budget advisory committee will once again be up for discussion during a public hearing in early August.

FORT FAIRFIELD, Maine — Fort Fairfield’s controversial budget advisory committee will once again be up for discussion during a public hearing in early August.

Town councilors approved the creation of a budget committee in the spring, hoping to gain more input from residents who are concerned about recent tax increases. But differing opinions on how to run the committee has brought tension from the start, with one member resigning over alleged bullying during a public committee meeting. Those opposed to the committee have advocated for more oversight and clearer directions from the town council.

That is why councilors introduced amendments to the budget committee ordinance during their Wednesday, July 20, meeting.

Councilors did not offer comments about the proposed ordinance changes. Chairperson Robert Kilcollins said that the public hearing will occur at 6 p.m. Wednesday, Aug. 3, in the town council chambers, 18 Community Center Drive.

Since approving the ordinance in March, councilors and residents have remained divided over what the committee’s role should be in the budget process. Many residents still see the committee as necessary for preventing what they believe to be town overspending and too high tax increases.

After approving an unplanned and unspecified total budget during a mid-June meeting, councilors held a special meeting June 28 in which they approved a $5,258,950 budget, with a projected revenue of $6,494,535. This year’s budget represents a nearly $2 million decrease from last year’s $7 million budget.

Although councilors discussed a potential 24 mill tax rate, compared with last year’s 19.5-mill rate, in June, Powers did not specify what mill rate might result from the newly passed budget.

“We do not know what the mil rate will be until we have the final [tax] assessment numbers at the end of September. That is why we set the mill rate for Oct. 1,” Power said.

But Dorsey still spoke against the previously projected mill rate as something that could drive residents and businesses away from Fort Fairfield. He said he supports keeping the budget committee, so long as the members and councilors remain honest with taxpayers.

“I don’t think there has been any transparency [about the budget] even though some of us have been trying to get answers,” Dorsey said.

Most of us have had just about enough of hearing about COVID-19 and the different variants that are popping up, but unfortunately, this pesky virus is still around.  It’s important to know a few warning signs and tips if you think you or your furry family members are affected with this illness.
What's Happening This Week END_OF_DOCUMENT_TOKEN_TO_BE_REPLACED