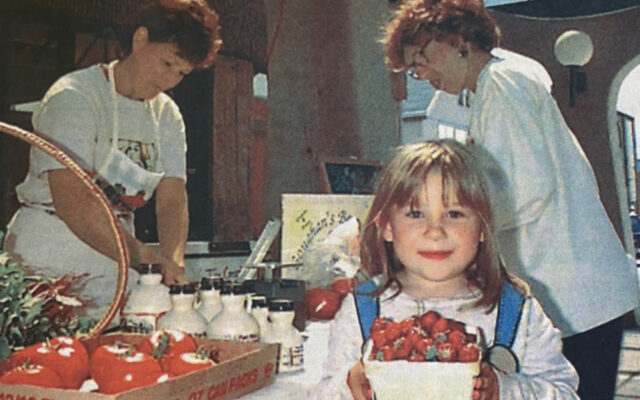 Lanette Virtanen • August 2, 2022
115 Years Ago - July 25, 1907 Returned from trip -- J. P. Donworth, accompanied by Electrical Engineer C. F. Millar, returned Friday from a trip to Green River, Edmundston and other places, being met by capitalists from Boston and the other province, and looking over the prospects for generating electricity from water now going to waste on the Green River.

Returned from trip — J. P. Donworth, accompanied by Electrical Engineer C. F. Millar, returned Friday from a trip to Green River, Edmundston and other places, being met by capitalists from Boston and the other province, and looking over the prospects for generating electricity from water now going to waste on the Green River.

Faster way to deliver mail — Aroostook has scored a lap on the other counties of the state, as one of its rural mail carriers, Olof Anderson of New Sweden, now goes around his daily route in an automobile.

Annual convention held — The Maine Undertakers’ Association will hold its 22nd annual convention August 8, 9 and 10 in Augusta. Almost all of the funeral directors in the state will be present to take part in the important sessions already planned for their instruction.

Doing repair work — Frank Howard has been doing some repairs on his house on Spring Street. He has had the house papered, and painted on the outside.

Birds Eye Snider plant starts 1947 pea operation — The Birds Eye Snider plant in Caribou started Monday in packing and quick freezing the 1947 crop of peas in this area. Superintendent Joseph Nevin stated the operation was now employing about 180 women and 300 men. “More men can be used at some of the winer stations if we could get them,” he said. The plant is now being operated on two shifts.

New Sweden to observe 77th anniversary Sunday — On July 27 the town of New Sweden will celebrate the 77th anniversary of the coming of the Swedes. Each year this town of 900 residents pays due respect to the first 50 immigrants who suffered peril and disease while building roads and log houses in the quaint settlement. Only one immigrant remains alive, Mrs. Agnes Anderson, who celebrated her 81st birthday.

New member — North End Lawn Care is the latest business to join the Caribou Chamber of Commerce. Owned and operated by Joe Cowett, this mobile business specializes in lawn mowing, liming, tree and shrub trimming and fertilizing. Cowett, who has studied with the Cooperative Extension through the University of Orono, has spent time researching his field. He said in the five years North End has been in business, it has since grown, comprising roughly 80 residential, business and commercial accounts.

Most of us have had just about enough of hearing about COVID-19 and the different variants that are popping up, but unfortunately, this pesky virus is still around.  It’s important to know a few warning signs and tips if you think you or your furry family members are affected with this illness.
What's Happening This Week END_OF_DOCUMENT_TOKEN_TO_BE_REPLACED