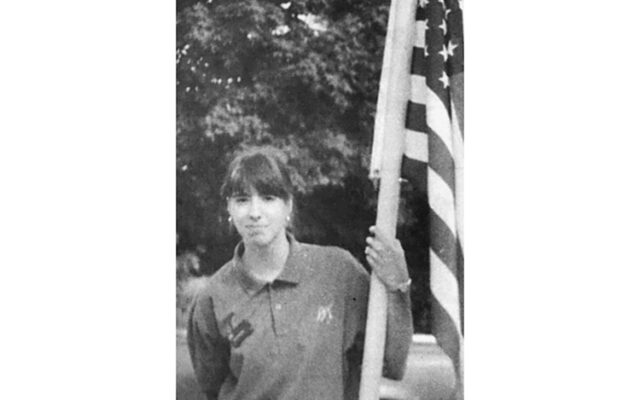 Contributed • August 3, 2022
75 Years Ago - July 31, 1947 Houlton soldier serving on Kyushu Island, Japan – With the Eighth Army in Kokura, Japan, Eldaige J. St. Peter, son of Mr. and Mrs. Willie St. Peter of Houlton, is serving with the Troop Information and Education Section of the 24th Infantry Division in Japan.

Houlton soldier serving on Kyushu Island, Japan – With the Eighth Army in Kokura, Japan, Eldaige J. St. Peter, son of Mr. and Mrs. Willie St. Peter of Houlton, is serving with the Troop Information and Education Section of the 24th Infantry Division in Japan.

The 24th Division, known as the “Victory” Division, is now occupying the entire island of Kyushu, the third largest and southernmost island of the Japanese home islands. St. Peter entered the Army July 25, 1946. He received basic training at Fort Dix, New Jersey, prior to his overseas assignment.

Wins Bither limerick contest – Miss Elizabeth Scott, 14-year-old daughter of Mr. and Mrs. William J. Scott of Summer Street, has been named the local winner of the national Teentimer Limerick Contest sponsored locally by Bither’s Select Shop. She is now eligible to be one of the 121 final winners in the national judging of the Teentimer Limerick Contest in New York City.

Graduates from Border Patrol Academy – Michael Fitzpatrick, 28, of Houlton, graduated July 25 from the United States Border Patrol Academy at Los Fresno, Texas, and will perform duties as a patrol agent in the Marfa, Texas, Border Patrol Sector. Patrol Agent Fitzpatrick was a member of the 101st session of the Border Patrol Academy and was one of 115 new officers successfully completing the intensive academy course in Immigration and Nationality laws and regulations, Spanish language, duties and authority to act, court procedures, civil rights, physical training, and other studies involving the duties of patrol officers.

Island Falls fire –  The Island Falls Volunteer Fire Department responded to a call at the home of Hazel Jones on Saturday afternoon. Minor damage was reported.

Area students shine in kickoff tourney – Nearly 200 competitors and more than 500 spectators joined forces at the Houlton High School gymnasium to enjoy the many events of the sixth annual Graves summer kick-off Karate and Ju Jitsu Tournament. Entrants from several styles of martial arts traveled from Connecticut, Massachusetts and New Brunsqick to join Mainers in events such as point sparring, form kata, Ju jitsu kata, weapons kata and power impactor. Twenty-six local students won a total of 41 trophies at the tournament, and had a wonderful time being hosts to so many visiting martial artists. A trio of Houlton participants enjoyed the rare experience of winning a trio of trophies. Green belts Sally Henderson, Brain Crane and Howard Hickman won an award in each of three events they entered. Henderson won a first and two seconds, while Crane won two firsts and a third from their respective divisions of point sparring, ju jitsu and form kata, while Hickman won a first, second and third in fighting, throwing and power impactor.

Frolicking good time had in Sherman Station –  “How have you been?” and “Well, for heaven’s sakes, look who’s here” were greetings heard around the V.F.W. Hall in Sherman Station recently as the Sherman Senior Citizens got together for a “Hayseeder’s Frolic.” Hostess “Molly Mulrone”, a.k.a. June Pineau, attired in a long denim dress, brilliant yellow blouse, straw hat and boots, greeted other hayseeders dressed in similar attire with a hearty welcome and a warm hug.

Here in Aroostook County we have experienced a pretty nice summer so far.  Although we had record rainfall for June, we haven’t seen too many storms, but it doesn’t hurt to know some handy tips when the skies darken and the rolling thunder begins.
What's Happening This Week END_OF_DOCUMENT_TOKEN_TO_BE_REPLACED