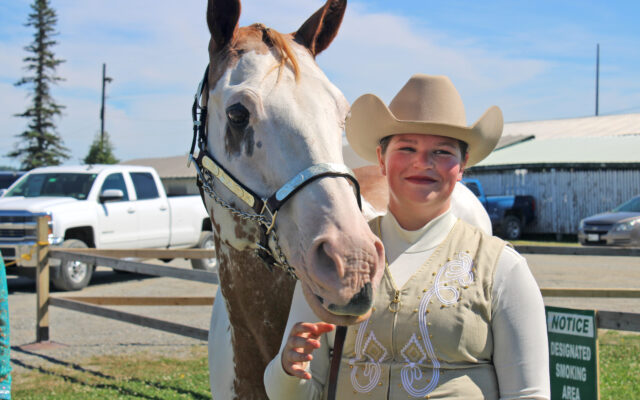 Paula Brewer • August 16, 2022
Horses and riders tried out a new arena in a place closer to the crowds during this year’s Northern Maine Fair.

PRESQUE ISLE, Maine — Horses and riders tried out a new arena in a place closer to the action during this year’s Northern Maine Fair.

The show ring is still the George Allen Memorial Horse Show Arena, named after a longtime fair organizer, but is now located just behind the grandstand.

The arena needed some repairs, and fair officials didn’t think its former location at the far western end of the fairgrounds afforded enough visibility for what they see as a growing sport. The reconstructed venue is also safer for both observers and participants, said Fair Association President Lynwood Winslow.

“Everyone liked how protected it is from traffic. At the old ring, you had to walk through traffic to get there,” Winslow said.

Before the fair began, crews constructed a new show area with sturdy fencing, and moved the bleachers and maintenance buildings to the new site. Members of the Allen Family donated funds and worked on the reconstruction, according to the fair association. 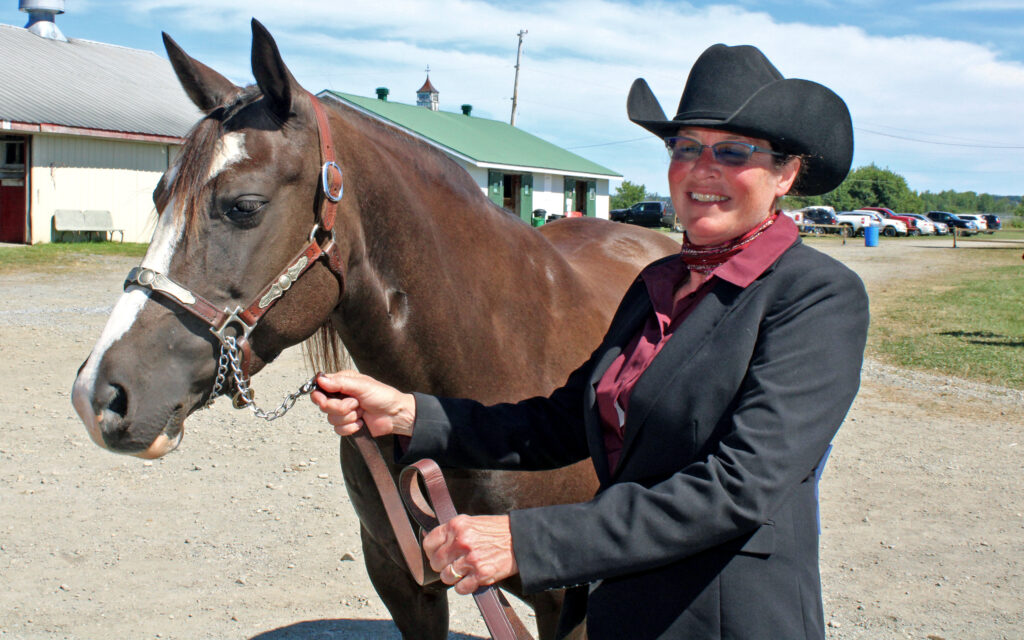 The ring is still a work in progress and potentially may be made a bit larger, he said. But overall, horse show organizers were pleased with the surface inside the fence and were happy to be a little bit closer to fairgoers.

Change can be difficult, though. Horse owner Megan Robinson of Presque Isle said it was hard to get used to not being off to the side.

“We’ve been so far away for so long and now we’re right in the middle of everything,” she said. “But we’re glad they did this. It’s a nice arena and we’re glad to show here.”

Robinson, who has been showing horses since she could walk, has participated at the fair for 12 years, she said as she worked with her horse Sockett.

Christine Robinson of Presque Isle, who leads the Pine and Spurs Riding Club and is Megan’s mother, said the surface in the ring is much better than at the old site. She thought workers had done a good job of reconstruction, but most of all was happy the fair decided to retain its horse show venue.

“We’re lucky to have a place to come and show,” she said. “We’re fortunate [the Fair Association] cared enough to recreate the show ring.” 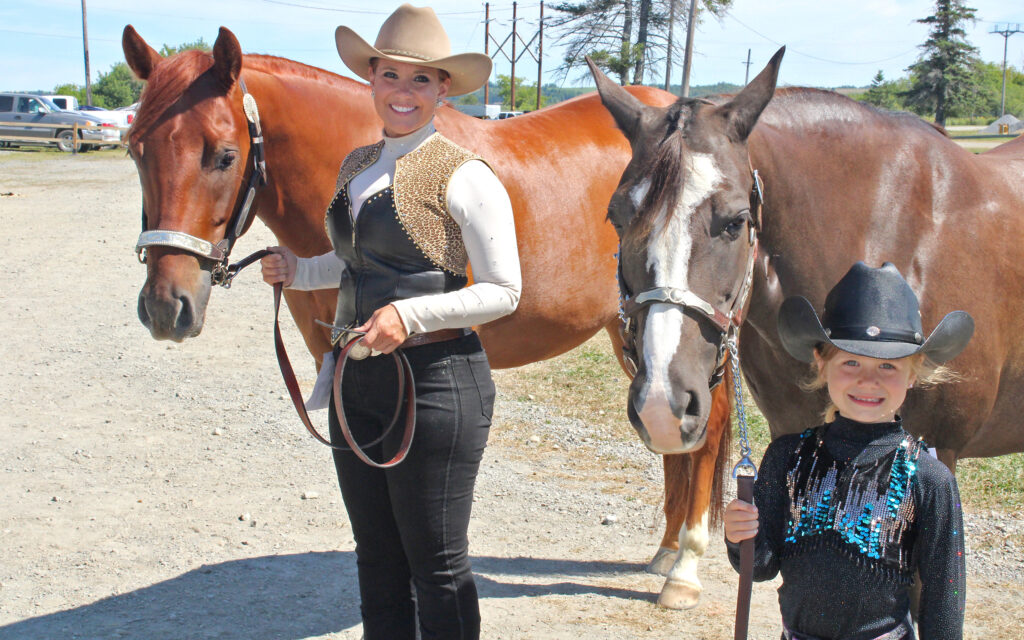 Mother and daughter Tiffany (left) and Elliana Hutchinson of Linneus have their horses groomed and ready for showing at the Northern Maine Fair horse show in Presque Isle on Aug. 6. Tiffany handles Doc while Elliana, who is also Miss Shiretown Young Princess, guides Arabella’s Peppermint Twist. (Paula Brewer | The Star-Herald)

Adam and Tiffany Hutchinson of Linneus were at the fair on Aug. 6 with their daughter, Elliana, and two horses in tow. While Tiffany Hutchinson showed Doc, both Elliana and friend Liz Higgins of Presque Isle showed Arabella’s Peppermint Twist.

Tammy Farwell of Kenduskeag, horse show superintendent, said about 40 horses were registered for three days of events this year. That number is a little lower than in the past, which she attributed to the cost of fuel.

Though some were hesitant at first about the arena’s new location, everyone was enjoying it, whether inside or outside the fence, she said.

“Once it opened and they saw how it is, they were thrilled,” she said. “There have been a lot of fairgoers stopping and asking questions.”

Gubernatorial candidate John Glowa said that he wants to spur government reform that truly creates a system of, by and for the people when he visited Presque Isle City Hall.
Pets END_OF_DOCUMENT_TOKEN_TO_BE_REPLACED

This past week on the Central Aroostook Humane Society’s Facebook page, we asked everyone to show us some loved rescued pets. We said, “Share a picture and make our day.”
What's Happening This Week END_OF_DOCUMENT_TOKEN_TO_BE_REPLACED