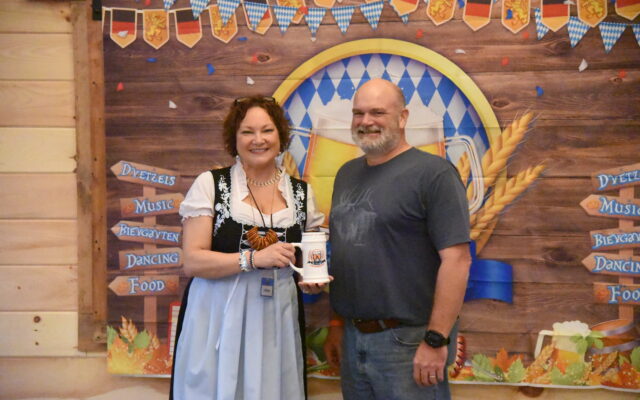 Paul Bagnall • October 19, 2022
On a crisp and cloudy fall afternoon people from The County gathered at the Legacy Ranch and Event Center to partake in trying seasonal beer from a couple of local breweries.

MARS HILL, Maine — On a crisp and cloudy fall afternoon people from The County gathered at the Legacy Ranch and Event Center to partake in trying seasonal beer from a couple of local breweries.

The second annual Oktoberfest drew more than 100 people to Mars Hill for games, tasting and celebrating fall in Aroostook.

Oktoberfest is organized by the Central Aroostook Chamber of Commerce as a way to introduce local craft breweries. People from all over The County and the state attended to sample brews from First Mile Brewing Company in Fort Kent and Northern Maine Brewing Company of Caribou, along with The Hidden Valley Winery of Hodgdon.

A variety of games took place, including a keg toss, followed by a stein holding contest — which involved contestants holding two steins full of water — and a human “Hungry Hippos” game.

Legacy Ranch owner Miranda Baragan was happy with the event’s turnout, and even happier that she came out the winner of the keg toss.

“I told myself as long as I am not the shortest distance [for the keg toss] I’ll be okay and I was definitely not expecting to win it,” Baragan said.

“It’s definitely a great way to get out of town and meet new people. It’s a small town; there’s only so many things you could do, so you have to take every opportunity and event,” Jasada Kesgomol said after participating in the stein holding contest.

Kesgomol, originally from Phoenix, moved to Presque Isle recently to get away from the desert heat, he said.

“This is a good turnout. I like that [the chamber] does community events and supports locals, so it’s fun coming here,” Greg Palm said after participating in the keg toss.

For the breweries, it was a chance to introduce their products.

“It’s been a great way to get our beer in some people’s hands who might not otherwise come to Caribou to the restaurant. I’ve spoken with several people today who said they plan on making the trip over,” said Justin McLauchlan, head brewer at Northern Maine Brewing.

“We did a Brewfest for quite a few years and so we decided to bring it home,” said LaNiece Sirois, chamber executive director.

2019 marked the last Brewfest. Organizers changed the event’s name to Oktoberfest in 2021 because it’s a more well-known title, Sirois said.

The event featured food trucks with items like bratwurst and loaded french fries. Anna Scheidler won the sash as Ms. Oktoberfest, being the only one in traditional German dress. No Mr. Oktoberfest title was awarded.

Around 15 volunteers helped bring the event to fruition. 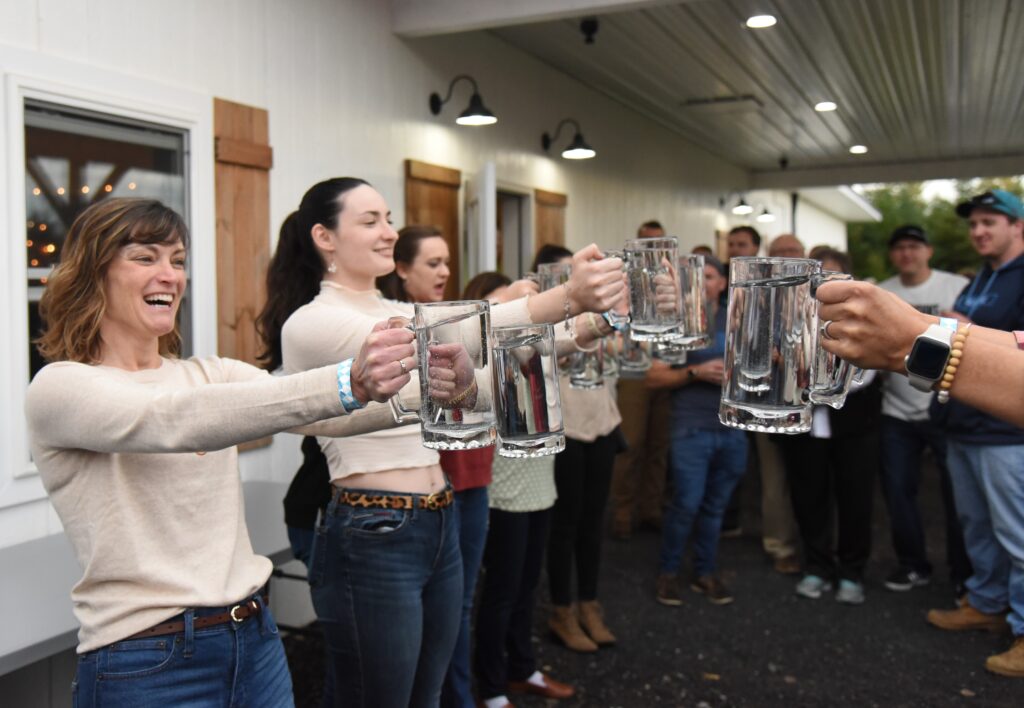 MARS HILL, Maine — October 15, 2022 — Participants in the women’s stein holding contest compete to see who can hold out the longest with two heavy steins full of water. The game was part of The County’s Oktoberfest, held Oct. 15 in Mars Hill. (Paul Bagnall | The Star-Herald) 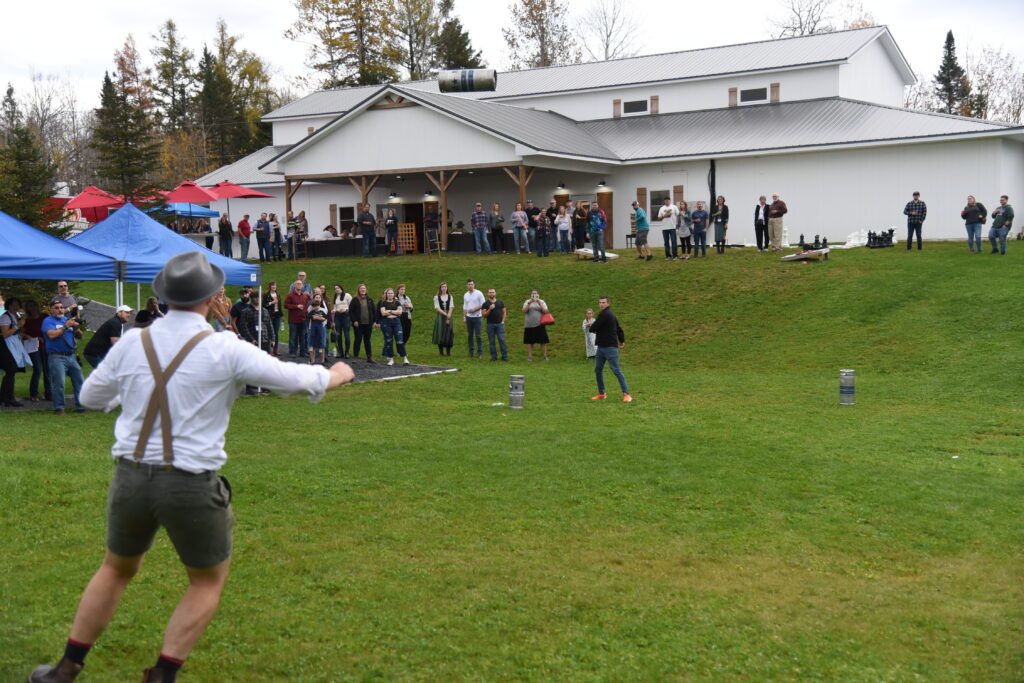 MARS HILL, Maine — October 15, 2022 — Empty kegs flew through the air as part of the men’s and women’s keg throwing competition outside The Legacy Ranch and Event Center.  (Paul Bagnall | The Star-Herald) 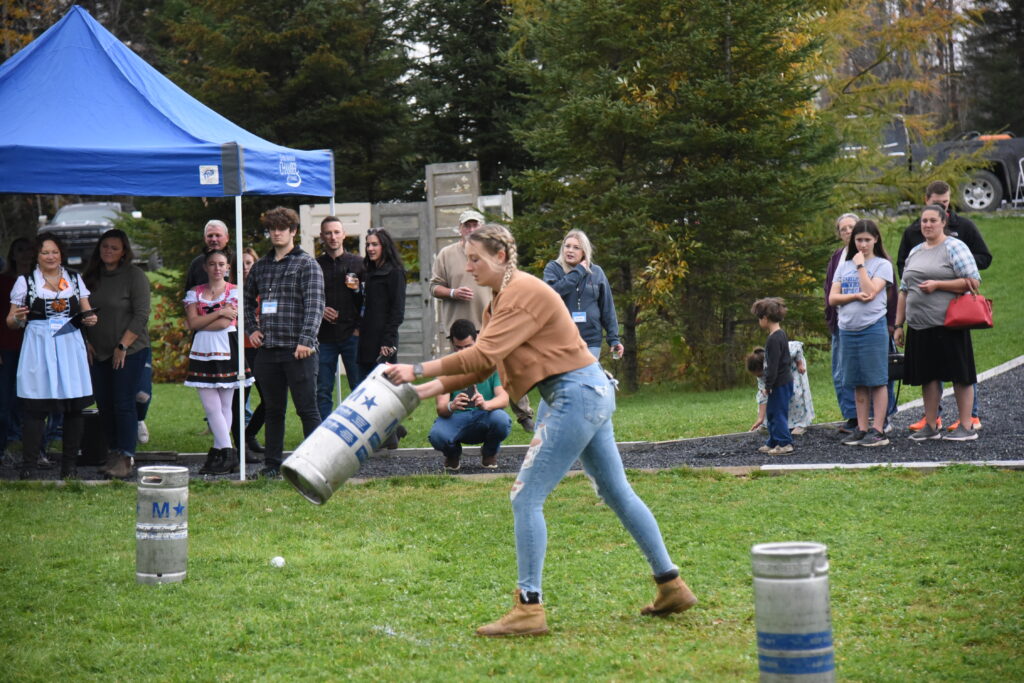 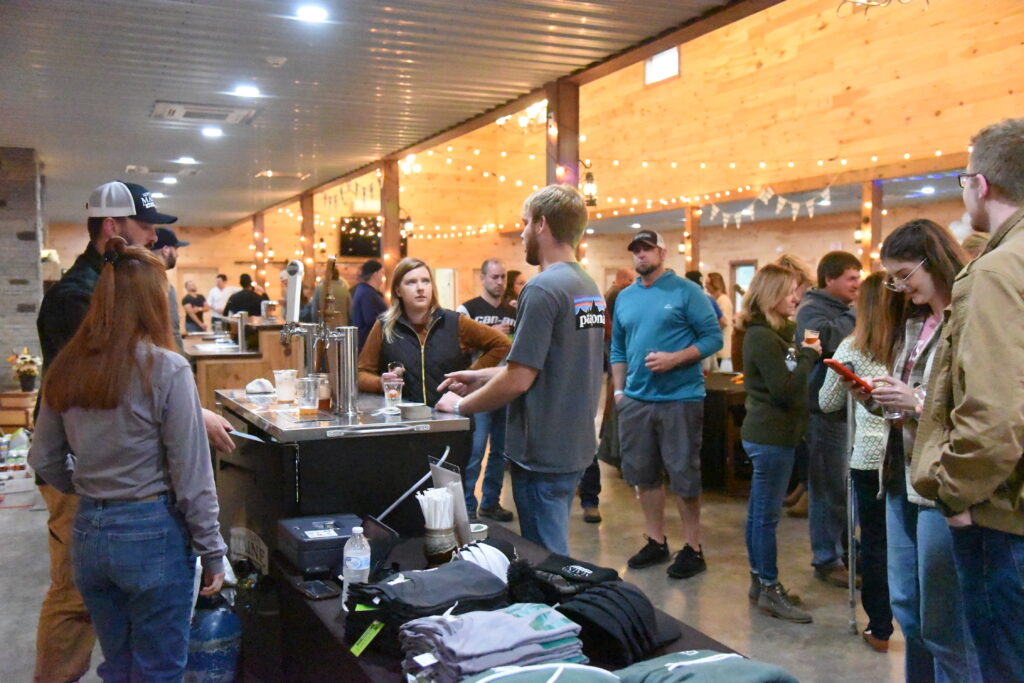 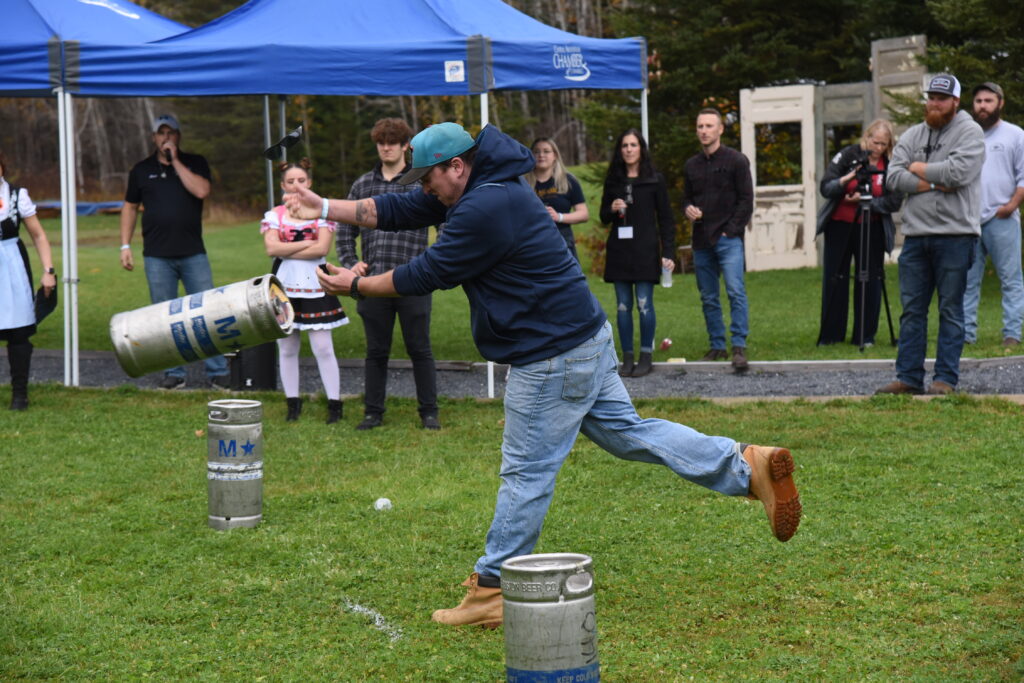 MARS HILL, Maine — October 15, 2022 — Eric Graham throws an empty keg at the keg throwing competition at the 2nd annual Oktoberfest with distances of 33 feet and 44 feet. (Paul Bagnall | The Star-Herald)

Next year's Caribou City Council will include a new member and a longtime councilor thanks to Tuesday's election.
Pets END_OF_DOCUMENT_TOKEN_TO_BE_REPLACED

Happy fall to you all.  It has been a super beautiful one so far. The harvest has gone well and the temperatures have remained warm, so enjoy these rare days because before long we will be into the winter months, and we all know what that means.
What's Happening This Week END_OF_DOCUMENT_TOKEN_TO_BE_REPLACED