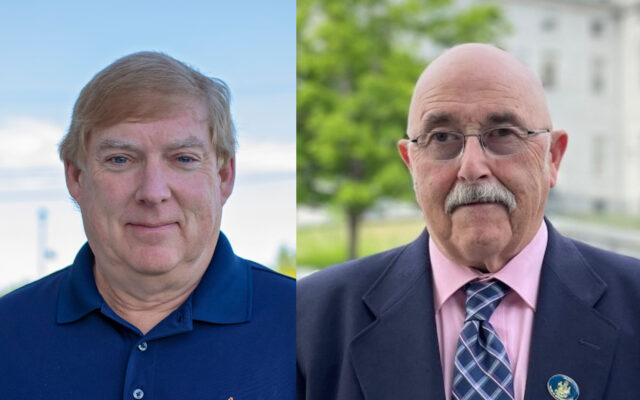 Election Day is Tuesday, Nov. 8. In addition to statewide races, including contests for governor, residents will vote for several municipal and school board offices. Voters should check with their towns for polling times.

The Star-Herald posed identical questions to both candidates. Their responses are below, with the candidates listed in alphabetical order.

Why running for this office? I am running for the seat because I was asked to. Presque Isle is the largest town north of Bangor, and due to redistricting from the last census, Aroostook County is down to only seven representatives and two senators. In other words, we have as many representatives in the Legislature as the city of Portland. While we may be vastly outgunned with our voices in Augusta, we now more than ever need to make those voices heard. We can’t afford to send wallflowers or shy representatives to the Legislature. I’m not known as a shy guy.

Education: Bachelor of Science in Business with a concentration in Marketing and Economics from University of Maine Orono. Presque Isle High School graduate.

Employment: Previously been elected to two 4-year terms on the Presque Isle City Council. He has been the Council chairman for the past three years. Kevin has owned and operated The Sled Shop Inc. for the past 30 years.

Top three priorities if elected? Maine HD 5 is primarily Presque Isle, an area I’ve lived and worked in all my life. My priorities are to continue the work I’ve been doing the past six years while serving on City Council, focusing on increasing our economy in The County.  While we have great job opportunities for people to work, we are far behind in having new housing stock for those folks to live here. I’ll be looking for any and all State resources that will improve or remove barriers to new housing development in our area. I’ll also look to continue to market the County’s great lifestyle as a means of attracting new people to the area both as visitors and also as residents. Finally, I’ll work with others to find long-term solutions to our highly volatile and relatively expensive utility costs as compared to other regions in New England and around the country.

Why running for this office? Maine needs a new direction. The price of heating oil, the price of bread, and the price of electricity are all going up. It is time for a change, and I have established a record of standing up for families and their budgets. It is time to balance the state budget– just as any Maine family would have to — without any assistance from the federal government. With federal money will come federal strings. When this happens, we the state citizens will lose our liberty. Government has provided too many handouts over the past two years and we need to get back to common sense policies that don’t make the government the biggest competition for employers to find employees.

Education: Bachelor of Science in Business Management from Husson University

Family: I come from a long family line of small business owners here in Aroostook County, which is why supporting them has always been and will continue to be a priority of mine. My wife Margaret and I live in Presque Isle and I am so blessed to have her support in my public service.

Top three priorities if elected? We need to get energy costs under control. We need common sense energy policies that focus on lowering electricity costs, gas prices and heating oil costs. The failed energy policies in Augusta and [Washington] have pushed us to this point. We need to right this wrong. The Legislature should pass a parent’s bill of rights. All parents need access to all information regarding their children and good parents shouldn’t be forced to co-parent with the government, nor should the government be the decision-maker for what’s in their children’s best interest. We need to get our welfare system in Maine in check. I’m all for a hand-up for those who need it, but lately, handouts from the government have driven inflation to record highs, hurt working families, and driven our labor market into the ground. It’s time for people to go back to work and for the government to get out of the way.

Next year's Caribou City Council will include a new member and a longtime councilor thanks to Tuesday's election.
Pets END_OF_DOCUMENT_TOKEN_TO_BE_REPLACED

Everyone who enjoys the company of a dog knows that sometimes dogs have strange behaviors.  They may arrive in your life with the behaviors already in place, or perhaps they are adopted as a puppy and develop a behavior young.
What's Happening This Week END_OF_DOCUMENT_TOKEN_TO_BE_REPLACED