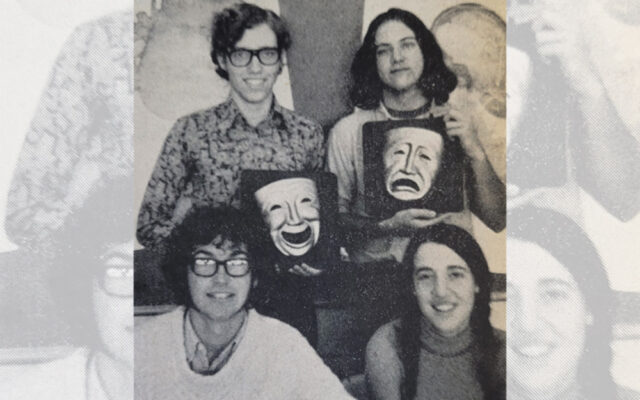 C.E. Noyes began operations in Star City — C.E. Noyes, a wholesale-retail tire company known throughout Maine, opened a $135,000 center in Presque Isle. With its home office in Bangor, C.E. Noyes had been wholesaling tires in Aroostook County for many years by a Queen City. Company officials explained that the new Presque Isle store was to help expedite service to their Aroostok customers while simultaneously providing the company a growth outlet. C.E. Noyes wholesales and retails Uniroyal, Michelin, Cooper and Kelly-Springfield tires. In addition to selling tires, the company also sold wheels, suspension, exhaust and frontend parts, and it offered total repair service for anything involving the undercarriage of any vehicle.

Poisson named manager of Ashland branch — Donald J. Poisson was named manager of the Ashland Office of the Washburn Trust Company, according to an announcement by Laurel W. Thompson, president. Poisson assumed his new duties on Nov. 1 and his duties were managing the general operation of the bank in the Ashland area. Prior to joining the Washburn Bank, Poisson received considerable experience from the Merrill Bank where he was employed in the management training program. His latest assignment was Assistant Manager of the Bucksport Office of Merrill, Washburn Bank and Merrill Bank were affiliates of Merrill Bankshares Company. Additional financial experience was obtained from his earlier employment in the Brewer office of Universal CIT.

Teacher honored by Wal-Mart store — Alice Malloch, a teacher at the Opportunity Training Center, received the 1997 Wal-Mart Teacher of the Year Award for excellence in teaching. Malloch was honored Oct. 23 at the Wal-Mart store in Presque Isle. In appreciation, the store presented a $500 grant to the school. Malloch was one of 1,500 teachers from around the country who were selected to receive the award. The winners received a total of $750,000 in grants for their schools or districts. “Teachers have one of the most challenging and critical jobs in our communities,” said David Glass, president and chief executive officer of Wal-Mart Stores Inc. “The Wal-Mart Teacher of the Year Award program is our way of letting them know how much we appreciate their contributions to the education of our youth, which in turn contributes to the vitality of our nation.” The teachers were nominated for the award by their school or school district. Winners were selected by a panel of local community leaders.

Next year's Caribou City Council will include a new member and a longtime councilor thanks to Tuesday's election.
Pets END_OF_DOCUMENT_TOKEN_TO_BE_REPLACED

What a beautiful fall we are having.  We hope you and your furry friends have been able to go on long walks enjoying all these “bonus days.” Even though the pandemic has put an unexpected cramp in most of our lives, we are all starting to get a glimpse of our past “normal” life reappearing.  There will definitely be the usual ghosts, goblins and superheroes out on the prowl on Halloween night.
What's Happening This Week END_OF_DOCUMENT_TOKEN_TO_BE_REPLACED