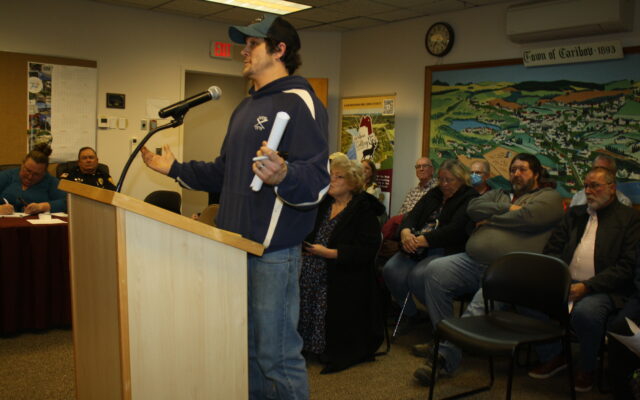 Melissa Lizotte • November 17, 2022
City councilors in Caribou are saying enough is enough after hearing complaints about an alleged 'drug house' that has caused neighborhood issues for nearly a decade.

CARIBOU, Maine – City councilors in Caribou are saying enough is enough after hearing complaints about an alleged “drug house” that has caused neighborhood issues for nearly a decade.

On Monday, councilors unanimously took what they call the first step in shutting down the city’s drug issues: declaring a long-blighted property on 15 Prospect St. both a dangerous and chronic nuisance property per Maine’s building statues.

The city has taken on blighted properties before, but has mostly focused on abandoned homes with absent owners. But after hearing tragic stories of young people dying inside these houses after interacting with alleged drug dealers, councilors are ready to act. The alleged crime activity has impacted families, neighbors and customers at downtown businesses, and could threaten Caribou’s ability to attract more residents and entrepreneurs as leaders look toward redevelopment efforts.

Located adjacent to Caribou’s downtown, the home on 15 Prospect St., known locally as “the brown house,” has been the subject of numerous complaints to police over at least eight years, according to nearly a dozen neighbors and nearby business owners who spoke at a public hearing Monday evening.

Tamara and Lance Lovewell, who moved to Caribou last year, and their children have found drug-related needles on the sidewalk and street, they said in written comments to the council. They accused the owner of 15 Prospect and guests of throwing debris and garbage over the fence into their yard.

The home at 15 Prospect belongs to John Barretto, according to tax records. Neither Barretto nor anyone else allegedly associated with his home attended the meeting or offered written comments.

Firewood has been stacked both outside and inside the house, high enough to reach many windows, neighbor Lynn Jackson wrote. That makes her concerned about potential fires. 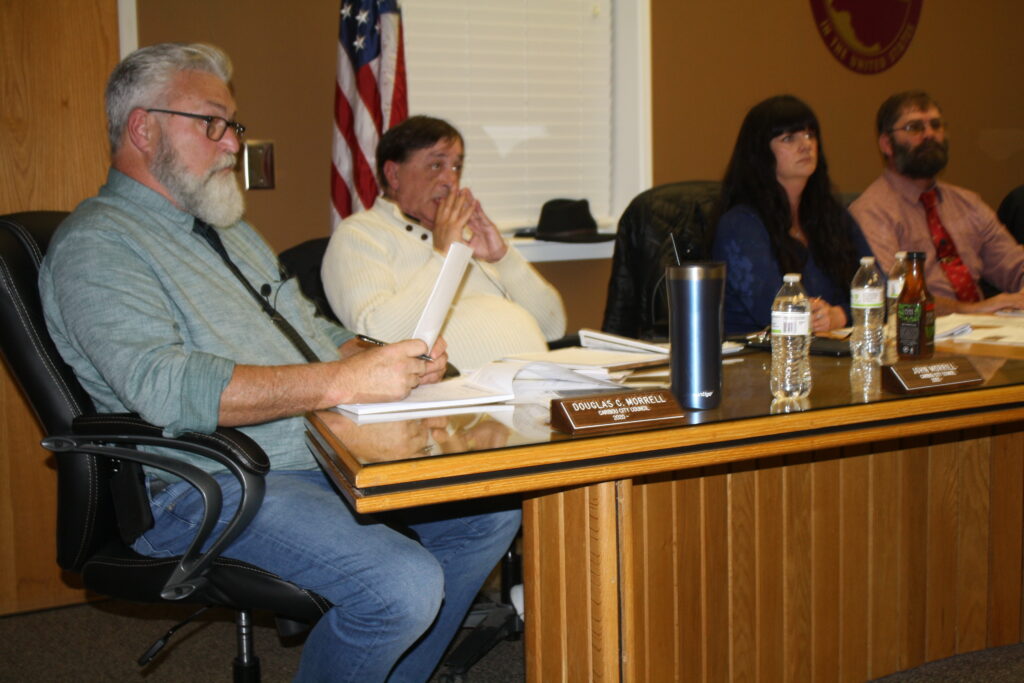 The homeowner and guests have allowed their dogs to run into her backyard, Jackson said, and she has witnessed numerous physical and verbal fights between people at the home.

“They have no respect for peoples’ property,” Councilor Lou Willey said, as she read Jackson’s remarks. “They have used my backyard as a shortcut and a place to ride snowmobiles and dirt bikes, tearing up my yard.”

Though Caribou Police Chief Michael Gahagan attended the public hearing, he did not indicate whether Barretto or his guests have been arrested or subject to investigations related to neighbors’ allegations.

Nearby business owners pointed out what they see as a growing crime and drug problem in the downtown.

Jen Anderson owns Thrive Body Spa on Sweden Street, which is across from Prospect Street. She is one of several young entrepreneurs who recently returned to her hometown to start businesses and help revitalize downtown.

Since opening her business in spring 2022, she has called the police numerous times due to incidents involving people who frequent the brown house. Many of those people have used her parking lot as a shortcut to another alleged drug house on Washburn Street, she said.

Anderson, too, has found needles on the ground and, on one occasion, saw a client return inside after being nearly attacked by a dog from the brown house.

“I came back to Caribou after being away 10 years and it’s been devastating to see how things have changed,” Anderson said. “I’m dealing with issues that I never dealt with 10 years ago.”

Chris Johnson owns The Cubby Thriftstore, a nonprofit, with his wife Cindy just down the street. He claimed that people frequenting 15 Prospect have rummaged through clothing and other donated items left outside The Cubby. He alleged that those same people have often threatened him with weapons while he attempted to stop them.

Seeing so many people suffer from addiction has been especially devastating for the Johnsons. Their daughter, Paige Johnson, died by suicide this past summer after struggling with substance use disorder for 10 years. She was 25.

Paige’s death is the second recent tragedy. The death by overdose of 22-year-old Hanah White in another alleged drug house prompted the council to consider what homes they can realistically combat.

With 15 Prospect’s dangerous and nuisance building declarations, the city now has authority to inspect the property and determine if life, safety and health violations exist.

Code Enforcement Officer Ken Murchison said Barretto contacted his office Thursday to say he will comply with inspections, set to occur this week. In the past Barretto had neglected to comply, Murchison said.

Caribou’s code ordinances give homeowners an initial 30 days to remedy issues that come up in inspections. Maine’s dangerous building statute allows the city to seek civil action through the local Superior Court if homeowners do not fix property violations, Murchison said.

Though many who spoke during the public hearing urged the city to tear down 15 Prospect, the building’s fate is uncertain. The city cannot force a homeowner out without probable cause, such as an arrest by police, Murchison said.

“This house should be on the chopping block, but even if we chase these people away, they’ll just go somewhere else,” said Holabird. “These people are desperate, and I know because I used to go to the brown house.”

Despite potential obstacles, the council declared they will no longer tolerate the existence of drug houses or the prevalence of substance use.

“These people need recovery but we cannot help them by allowing these houses to exist,” said Councilor John Morrill. “As long as I’m a councilor, this will not be allowed to continue in our community.”

Next year's Caribou City Council will include a new member and a longtime councilor thanks to Tuesday's election.
Pets END_OF_DOCUMENT_TOKEN_TO_BE_REPLACED

What a beautiful fall we are having.  We hope you and your furry friends have been able to go on long walks enjoying all these “bonus days.” Even though the pandemic has put an unexpected cramp in most of our lives, we are all starting to get a glimpse of our past “normal” life reappearing.  There will definitely be the usual ghosts, goblins and superheroes out on the prowl on Halloween night.
What's Happening This Week END_OF_DOCUMENT_TOKEN_TO_BE_REPLACED