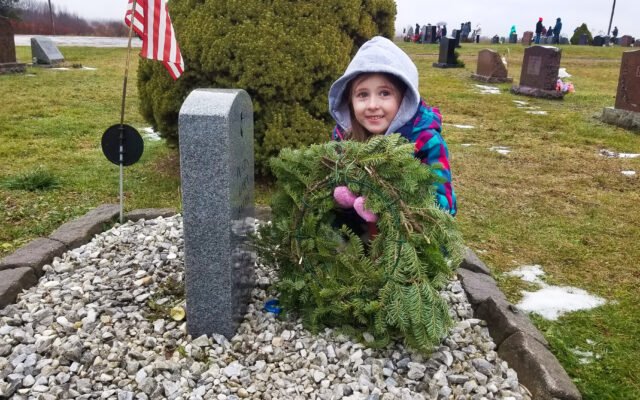 Joseph Cyr • December 6, 2022
The community of Patten will never forget the sacrifice one of its own made while serving in the armed forces.

PATTEN, Maine — The community of Patten will never forget the sacrifice one of its own made while serving in the armed forces.

Army Spc. Dustin Harris was just 21 years old when he was killed April 6, 2006, by an improvised electronic device while serving in Bayji, Iraq, during Operation Iraqi Freedom.

Now there is a seasonal reminder about his sacrifice as 350 wreaths were placed at the Patten Cemetery Saturday morning as part of the Wreaths Across America campaign.

A brief parade and solemn ceremony was held under a steady rain as nearly 100 people gathered for the event. Participants did not seem to mind the rain, with one even saying that it was “tears from Heaven” over the generosity shown by the community.

National Wreaths Across America day will be held Saturday, Dec. 17, in which wreaths will be placed on the graves of servicemen and women at Arlington National Cemetery. Additionally, 3,400 cemeteries across the country participate in wreath-laying ceremonies.

Harris was born May 11, 1984, in Millinocket, the son of Lorna and Scott Harris of Patten, and graduated from Katahdin High School in June 2002. After graduation, he studied diesel and heavy mechanics at Eastern Maine Technical College in Bangor.

He joined the U.S. Army in 2004 and trained as a paratrooper before being stationed in February 2005 with the 172nd Brigade Support Battalion at Fort Wainwright in Fairbanks, Alaska. He deployed to Mosul, Iraq, in August 2005.

“This is an incredible turnout for what we hope is our first annual event,” Lorna Harris said. “We are not here to decorate graves. We are here to remember our servicemen and women.”

The Harris family got involved with Wreaths Across America in 2011, participating in the convoy from Columbia Falls to Arlington National Cemetery in Virginia.

“Since then I have always dreamed of having Patten and Mount Chase added as destinations,” Lorna Harris said. “This year, we made it happen. This is home for us and it is where our son is buried.”

Mary Hall of the Patten Area Women’ Club said it was a collaborative fundraising effort to bring wreaths to Patten. A total of 350 wreaths were sponsored to cover the cost of placing them in the two cemeteries.

“We (The Patten Women’s Club) have always helped with the Memorial Day Parade, but knowing Lorna and Scott, she approached us and asked if we could help raise money to bring wreaths to Patten this year,” Hall said. “We were pretty confident the funds would be generated.”

Fundraising was so generous, in fact, that the organizers exceeded their goal and were able to put away money as a head start for next year.

“I think a lot of people have heartfelt memories of Dustin and want to support the family,” Hall said.

In addition to the Patten Womens Club, members of the National Honor Society at Katahdin High School assisted in the placing of wreaths. 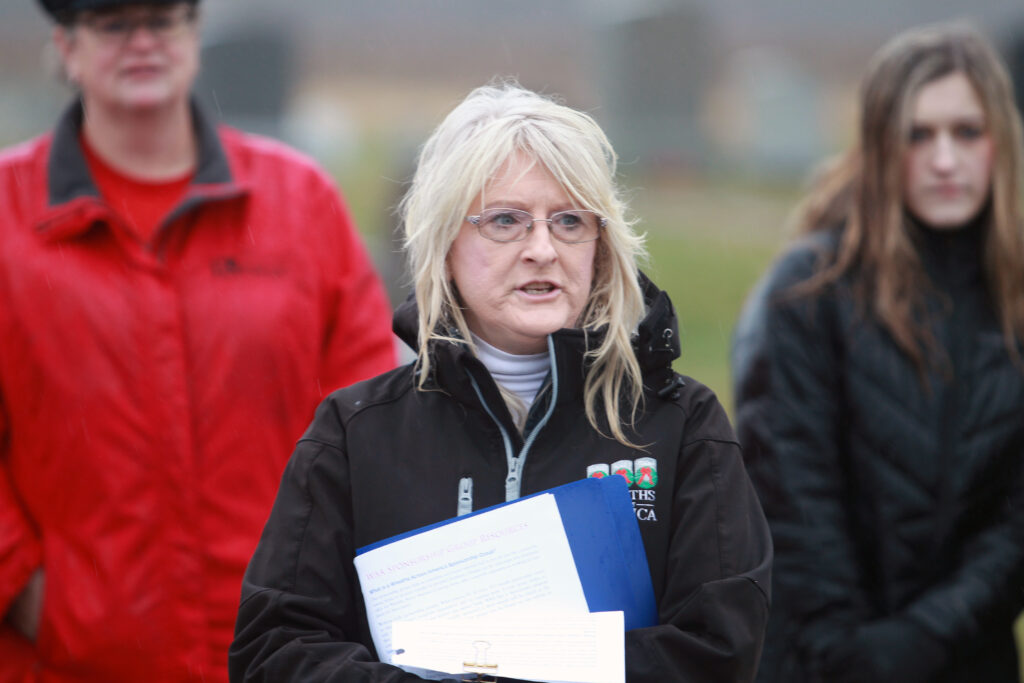 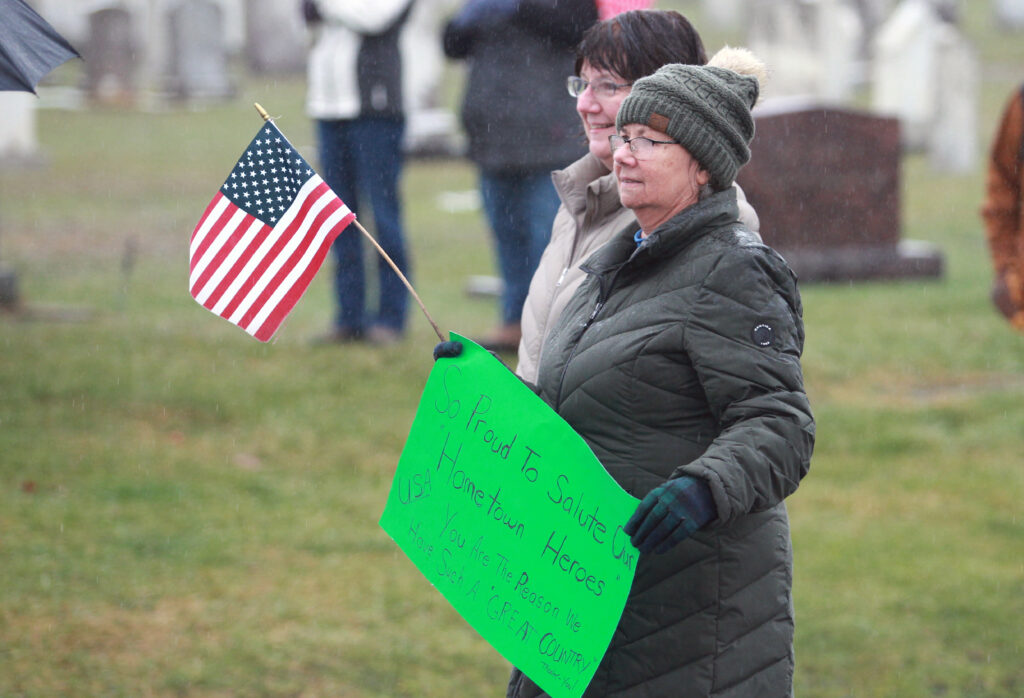 PATTEN, Maine — December 5, 2022 — Carol Cole holds up a sign as she patiently waits for the arrival of wreaths at the Patten Cemetery Saturday morning.  (Joseph Cyr | Houlton Pioneer Times) 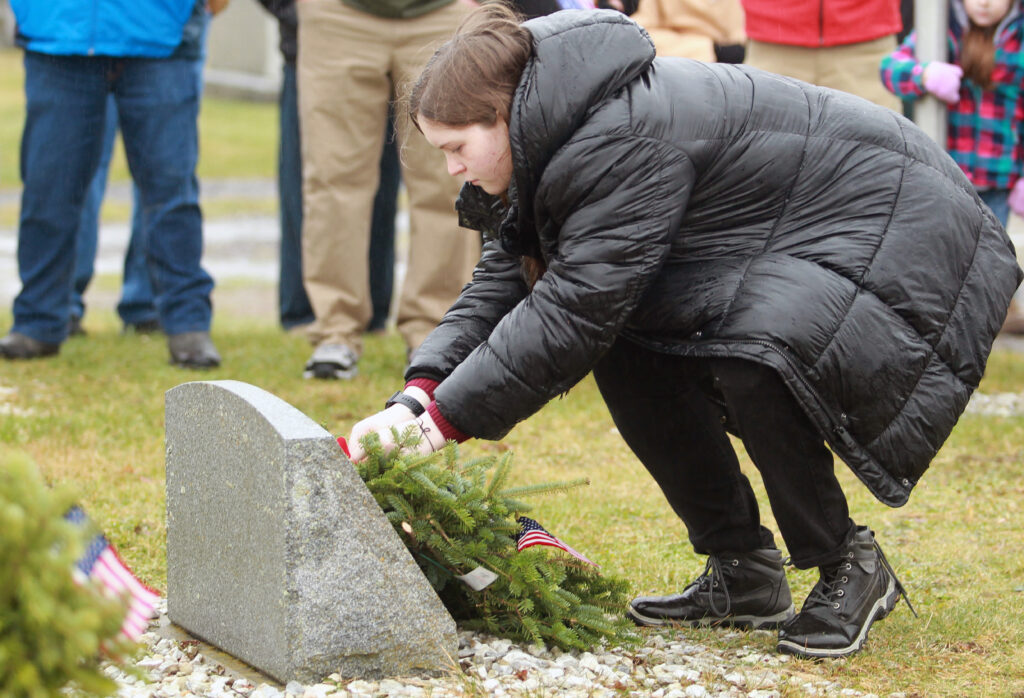 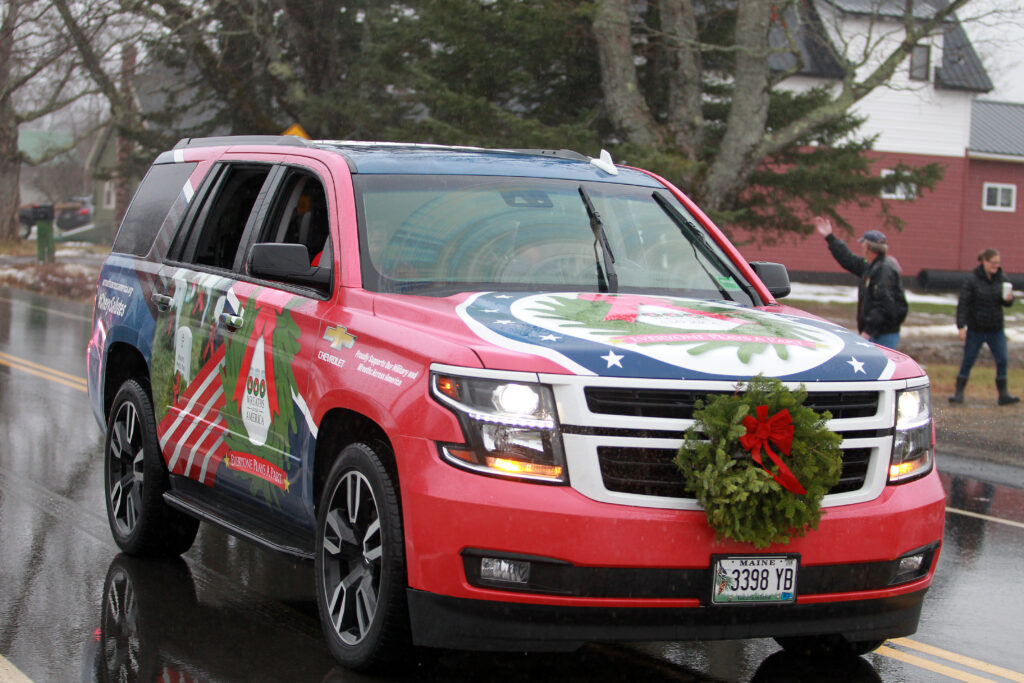 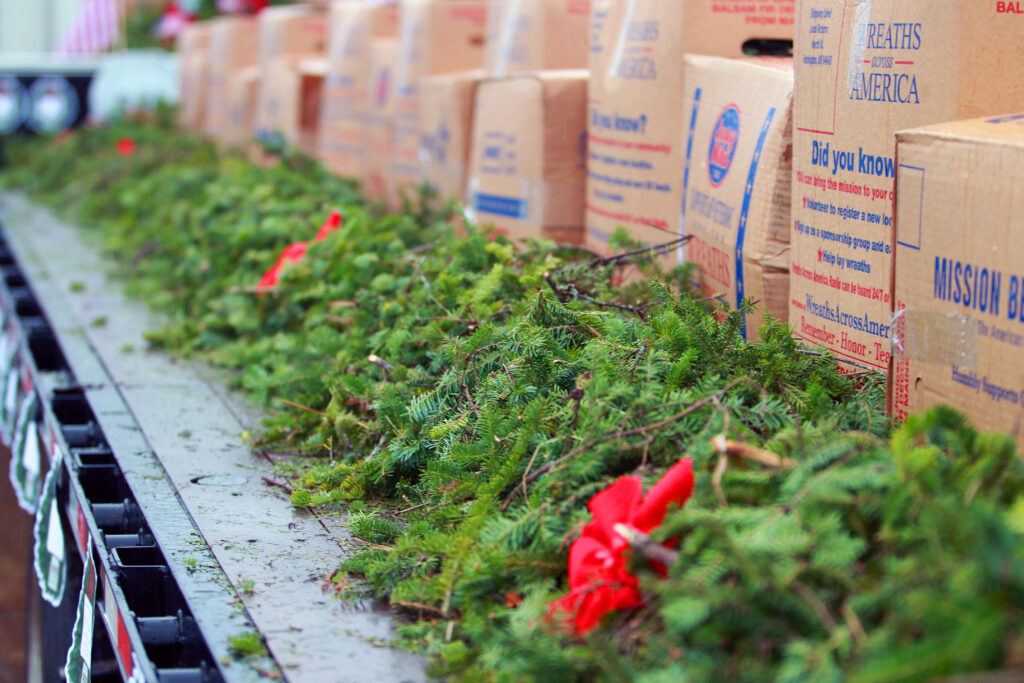 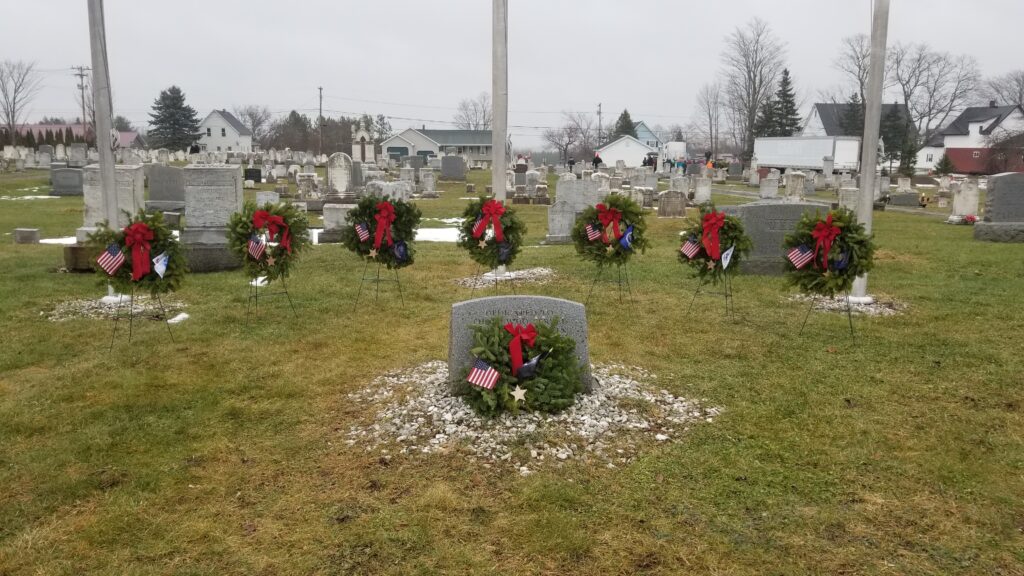 PATTEN, Maine — December 5, 2022 — Wreaths were placed at the Patten Cemetery Saturday in honor of each branch of the armed forces as part of a Wreaths Across America event.  (Joseph Cyr | Houlton Pioneer Times)

Next year's Caribou City Council will include a new member and a longtime councilor thanks to Tuesday's election.
Pets END_OF_DOCUMENT_TOKEN_TO_BE_REPLACED

When I wrote the first story of our dog Odie, I didn’t know that I would write a Part 2, but there were so many more stories that I decided more of this little dog’s story needed to be told.
What's Happening This Week END_OF_DOCUMENT_TOKEN_TO_BE_REPLACED