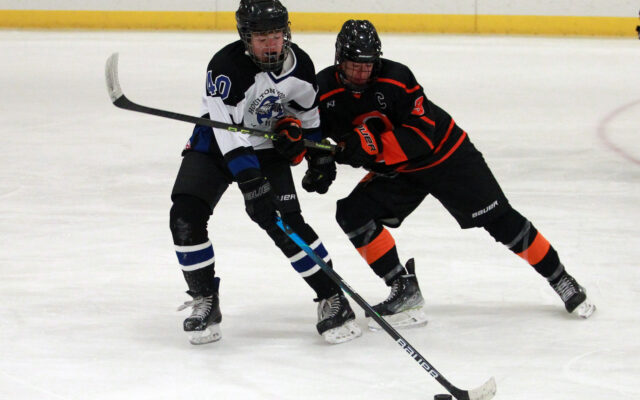 Joseph Cyr • January 5, 2023
The Houlton-Hodgdon Black Hawks varsity hockey team continues to search for that elusive first win on the ice this season, despite playing well in many of its contests.

HOULTON, Maine — The Houlton-Hodgdon Black Hawks varsity hockey team continues to search for that elusive first win on the ice this season, despite playing well in many of its contests.

The Black Hawks (0-4) had a strong start against the visiting Brewer Witches, resulting in a 0-0 score at the end of the first period, on Wednesday, Dec. 28, at the Millar Civic Center. Brewer (2-2) skated to three goals in the second period to break open the game and the Black Hawks never recovered as Brewer went on to win 4-0.

Brewer out shot Houlton-Hodgdon 64-32 during the game, with Dawson Cole making a whopping 60 saves. Brewer’s Ethan Hanscom tallied 32 saves in net for the Witches.

“Brewer’s top players Grady Vandestine and Jed Gilpatrick played a key role tonight,” Black Hawk coach Karl Enroth said. “We knew we would have to try to contain them to some degree and at times we did, but other times we gave them too much time and space. Cole Dawson was outstanding in net and defenseman Zachary Hoops played a strong game defensively.”

The Black Hawks lost junior forward Konnor Lynds, one of the team’s top scoring threats, to a wrist injury, affecting the team’s ability to generate a more offensive attack, the coach said.

Against Presque Isle on Dec. 21, the Wildcats (2-2) skated to a 7-3 win over the Black Hawks. Isaac Staples scored three goals to lead Presque Isle. Dawson Kinney added two goals, while Breygan Mahan and Garrett LeTourneau each had one goal.

For the Black Hawks, Lynds tallied two goals and an assist, while Garrett Fitzpatrick had a goal.

“We played hard at times, but the overall team discipline was definitely not there for the entire game,” coach Enroth said. “Double the time in the penalty box, as we were on the wrong side of the puck and out of position in the defensive zone. Our spacing in the offensive zone needs to be better to create better scoring chances and more of a sustained attack.”

Coach Enroth noted that junior captains Cole and Lynds brought a high level of play for the entirety of the game. 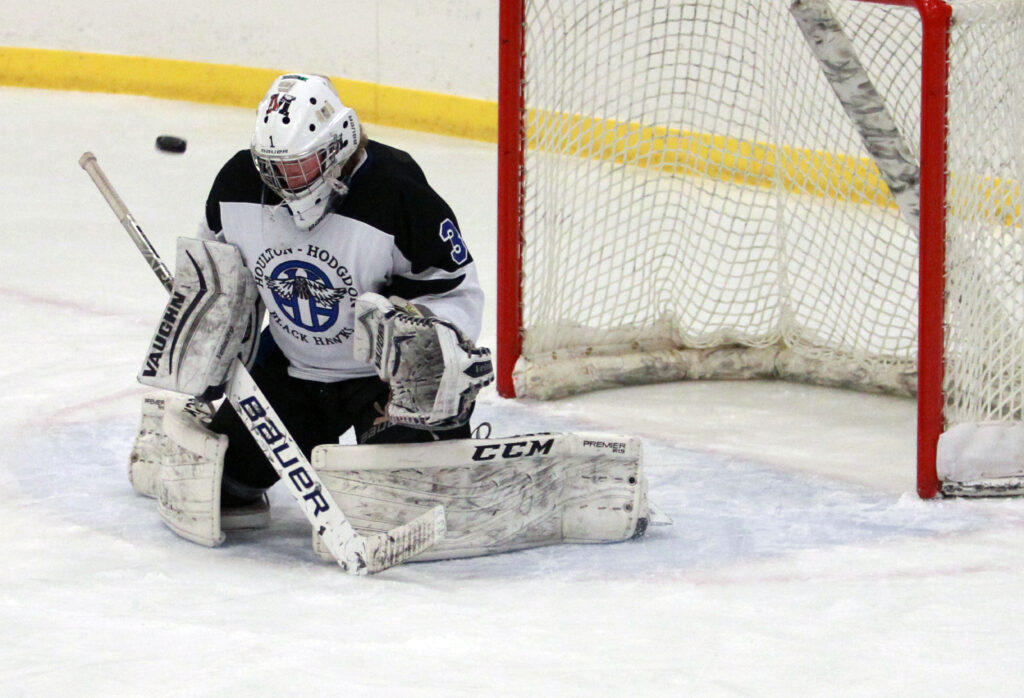 HOULTON, Maine — December 28, 2022 — Houlton-Hodgdon goalie Dawson Cole makes one of his 60 saves on this shot by a Brewer player during a Dec. 28 game in Houlton. (Joseph Cyr | Houlton Pioneer Times) 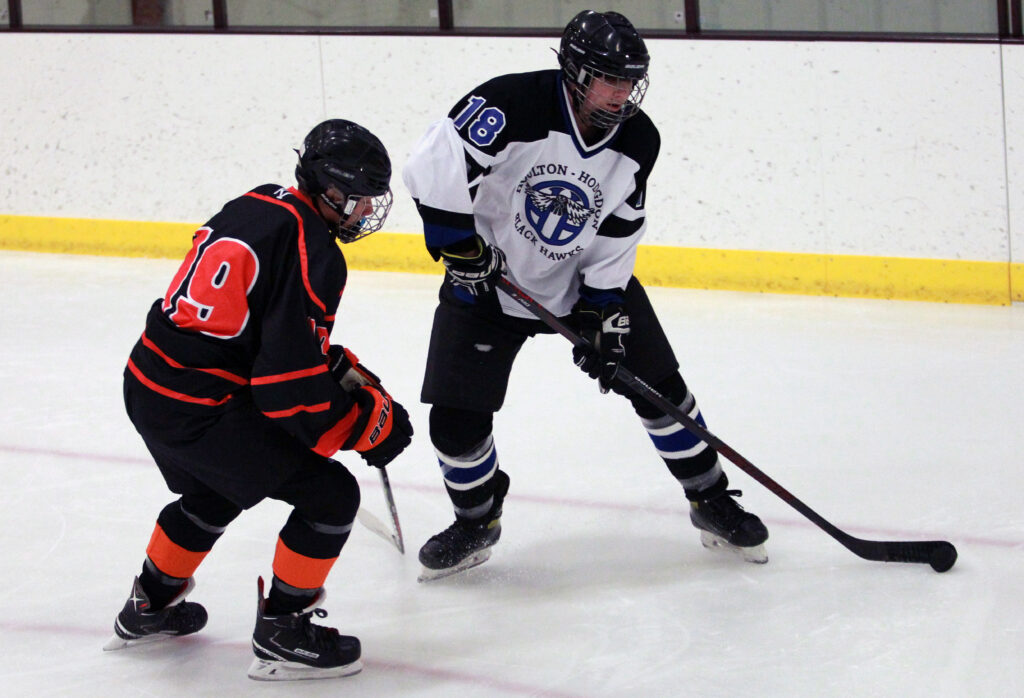 Next year's Caribou City Council will include a new member and a longtime councilor thanks to Tuesday's election.
Pets END_OF_DOCUMENT_TOKEN_TO_BE_REPLACED

I know many of you have followed DeeDee’s story. DeeDee had leukemia and was under vet care for the past few weeks. Early one recent morning, she lost her battle with leukemia.
What's Happening This Week END_OF_DOCUMENT_TOKEN_TO_BE_REPLACED