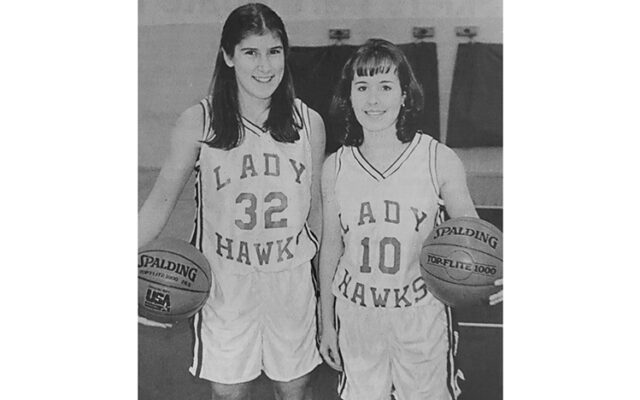 Contributed • January 6, 2023
75 Years Ago - Jan. 1, 1948 Students win essay honors – Several essays were submitted from Houlton High School in the contest sponsored by O. M. Doyle on the subject, “Of What Value is Fresh Fruit to the Health of Our Youth”. The contest was open to all students in this area. Wanda Way, from Houlton, won the first prize of $25.

Students win essay honors – Several essays were submitted from Houlton High School in the contest sponsored by O. M. Doyle on the subject, “Of What Value is Fresh Fruit to the Health of Our Youth”. The contest was open to all students in this area. Wanda Way, from Houlton, won the first prize of $25.

The second prize, of 15, went to Ardith Henderson, and the third to Elizabeth Scott. Both these students are also from Houlton. One of the five prizes of one dollar was won by Billy Hyde.

Remember when? – At the Houlton IGA Foodliner, large brown eggs were 65 cents a dozen, and you could get a 3-pound bag of apples for 59 cents or a 25-pound bag of flour for only $2.11.

Bergan promoted to Sergeant of MSP – “I was just happy to be here and have a career with the Maine State Police,” declared Julie Bergan, of her appointment to Troop F in Houlton almost 10 years ago. On December 16, 1997, Bergan celebrated her promotion to Sergeant at a ceremony held in her honor in Augusta. Having graduated from Southern Aroostook High School, Bergan spent two years at Bangor Community College, graduating from the Law Enforcement Program.

Former Houlton coach achieves 300th basketball career victory – He’s earned the prestige of being one of the elite coaches in the state of Maine. He also promoted the image of girl’s basketball in Houlton, while raising the expectations of his players. Coach John Donato was more than 300 miles away from his familiar home setting in Shiretown when he reached a coaching milestone in his basketball career. After his team, the Messalonskee Eagles, defeated Medomak Valley, 47-33, in the Kennebec Valley Athletic Conference game on December 16, Donato recorded his 300th career victory….yet, no one from Houlton was there to share the moment. Donato resigned his Houlton coaching position in 1994-95, to pursue a business venture in Augusta. He coached the Hall-Dale Lady Bulldogs for a season, before taking the helm of the Messalonskee girl’s basketball team. The Houlton girl’s program had not produced a victory in three seasons, until Donato’s arrival in 1977-78, when the program turned around. He directed the Lady Shires to the tournament for the first time in school history during his second season of coaching.

Next year's Caribou City Council will include a new member and a longtime councilor thanks to Tuesday's election.
Pets END_OF_DOCUMENT_TOKEN_TO_BE_REPLACED

Nearly anyone who has ever had puppies or dogs can relate to “The Zoomies.” The zoomies are defined as those sudden bursts of pent-up energy that cause dogs to run at breakneck speeds back and forth or around and around, or sometimes in a tight little circle.
What's Happening This Week END_OF_DOCUMENT_TOKEN_TO_BE_REPLACED