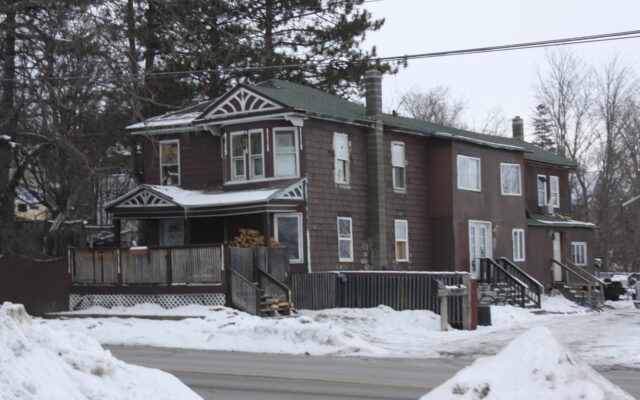 Despite notices from the city, the homeowner has not taken action to address the deficiencies.

Ever since a local family shared their daughter’s tragic struggle with substance use disorder, Caribou city councilors have vowed to do more about alleged “drug houses.” At a November public hearing, neighbors accused people at the Prospect Street home of leaving drug needles on the ground, riding ATVs through neighboring backyards and making violent threats against business owners.

Their comments motivated city councilors to declare the house both a nuisance and dangerous property and demand an inspection from the city’s code enforcement office.

After inspecting the property, Code Enforcement Officer Ken Murchison served a notice to the homeowner, John Barretto, asking that he and all others residing at 15 Prospect St. vacate the premises by Dec. 20. Since then, Murchison claimed, residents have not moved out and Barretto has not attempted to get the property up to code.

In their inspection reports, Murchison and Caribou Fire Chief Scott Susi claimed the location does not have electricity and that exposed electrical wires hang from walls and the ceiling in multiple areas of the home.

“The home would need to be totally rewired for the electricity to be turned back on,” Susi said.

Other structural issues pose major safety risks in the event of a fire, Murchison said.

A wooden support beam in the basement that appeared fire-damaged is no longer structurally sound and could easily collapse, he said.

Three wood stoves exist inside the house but are not installed properly, with one containing garbage to be burned, Murchison said. Many rooms without windows are being used as bedrooms, making escape from a fire potentially more difficult for residents.

Susi also claimed that the home was “dirty and unkempt” and the air “heavy with smoke and fumes,” making breathing difficult.

Neither Susi nor Murchison mentioned specific allegations of drug activity in their reports, but referred to the public complaints and frequent visits from Caribou’s police and fire departments as motivation behind the inspection.

Murchison declined to comment further until he and city officials have discussed potential legal actions resulting from Barretto’s alleged unresponsiveness.

Maine’s dangerous building statute allows local code enforcement departments to establish a minimum fine of $100 to $2,500 per day for each safety violation. The city could also file a formal complaint against a homeowner with the Superior Court.

Next year's Caribou City Council will include a new member and a longtime councilor thanks to Tuesday's election.
Pets END_OF_DOCUMENT_TOKEN_TO_BE_REPLACED

Nearly anyone who has ever had puppies or dogs can relate to “The Zoomies.” The zoomies are defined as those sudden bursts of pent-up energy that cause dogs to run at breakneck speeds back and forth or around and around, or sometimes in a tight little circle.
What's Happening This Week END_OF_DOCUMENT_TOKEN_TO_BE_REPLACED