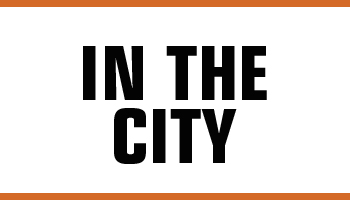 Local air travel on the upswing

Kimberly R. Smith, Special to The County • January 18, 2023
According to the Federal Aviation Administration, prior to COVID-19, the United States saw air travel passenger volumes of over two million per day.  Nationally, these numbers have not yet returned to pre-COVID volumes.  The national numbers for December of 2019 were more than 70 million.

According to the Federal Aviation Administration, prior to COVID-19, the United States saw air travel passenger volumes of over two million per day.  Nationally, these numbers have not yet returned to pre-COVID volumes.  The national numbers for December of 2019 were more than 70 million.

Locally, however, passenger volumes have been doing quite well.  In looking back at annual numbers from 2000 to 2021, the final numbers for calendar year 2022 were the highest on record since 2007, with more than 15,000 annual enplanements at Presque Isle International Airport.

This held true on a monthly basis as well.  In fact, December 2022 enplanements locally were the best in this century. They were 15 percent higher than the next closest set of numbers, which was in December 2003.  This is even more significant if you take into consideration that in 2003, the airport offered flights to Boston and Portland.

The numbers for December 2022 may possibly be attributed to several factors.  The US-Canada border reopening in October, along with lower COVID numbers and higher vaccination percentages making people feel safer about traveling, are certainly two factors.  Canadian passengers are a key part of our market.

Another factor in the increased numbers is the flight schedules in and out of Presque Isle, with morning flights out around 6 a.m. and evening arrivals around 5 p.m.  The sub-contractor Go Jet has also played a role due to their outstanding customer service.  Lastly, the aircraft servicing at our airport indeed has played a major role in the increased numbers.  The CRJ50 jet is one of the finest 50-seat passenger jets in the world, offering first class service, economy seating, on-board wi-fi, and enough space to bring on your rolling carry-on luggage.

Presque Isle International Airport is part of the Essential Air Service Program, which is a federal subsidy program that originated in 1978. The goal was to ensure that air service continued to small communities after the industry was deregulated.  Airports that are part of the service program must solicit bids from air carriers to provide service every two years for approval by the FAA.

Enplanement numbers are extremely important not only from an economic standpoint to the city, but in attracting quality air carriers such as United Airlines, the number-three airline in the world.  Air carriers will study the number of annual enplanements to make certain that it is a good business decision to serve an airport prior to making a decision to participate in the bid process for a particular airport.

Presque Isle is extremely fortunate to be a part of the Essential Air Service Program because without it, it is likely we would not have passenger service.  There are many communities much larger in size than Presque Isle who do not have service.

Kimberly R. Smith is the resource development and public information officer for the city of Presque Isle. She can be reached at 760-2722 or via email at ksmith@presqueisleme.us.

Next year's Caribou City Council will include a new member and a longtime councilor thanks to Tuesday's election.
Pets END_OF_DOCUMENT_TOKEN_TO_BE_REPLACED

When I wrote the first story of our dog Odie, I didn’t know that I would write a Part 2, but there were so many more stories that I decided more of this little dog’s story needed to be told.
What's Happening This Week END_OF_DOCUMENT_TOKEN_TO_BE_REPLACED