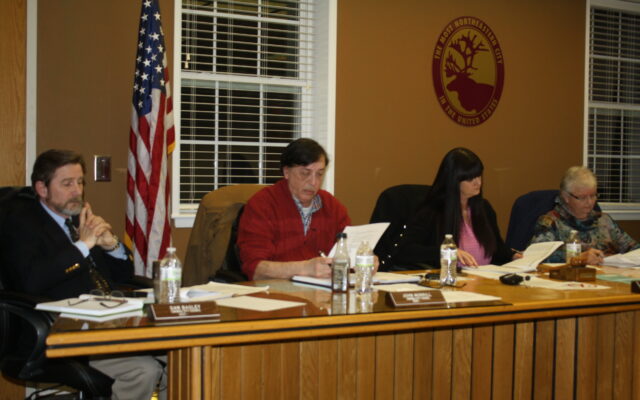 Melissa Lizotte • January 24, 2023
After an alleged conflict of interest involving former hospital district board members, the Caribou City Council has authorized city officials to review previous board votes and procedures.

CARIBOU, Maine — After an alleged conflict of interest involving former hospital district board members, the Caribou City Council has authorized city officials to review previous board votes and procedures.

In November councilors ousted former Cary Hospital District Board members Tim Todd and Bryan Cullins after they voted to donate $250,000 on behalf of the hospital to the Caribou Utilities Districts’ broadband expansion project. The council deemed that a conflict of interested and voted 5-to-2 to remove the board members.

Todd’s electrical contracting company is one of several the utilities district had previously contacted about helping to maintain dark fiber poles after installation. He and Cullins were listed in the utilities district’s broadband business plan as community partners in association with the Hospital District Board.

The utilities district Board of Trustees later agreed to not accept the proposed donation.

In early January, councilors officially terminated the Cary Hospital District Board after learning that they needed to end Todd’s term and that of former board member Doug Plourde, both set to expire in December 2023. Cullins’ term expired in December 2022.

Plourde was not present for the Hospital District Board’s vote on the broadband donation.

During a Monday city council meeting, City Manager Penny Thompson recommended that councilors approve “a review of communications and procedures” for Cary Medical Center and both its boards: the Cary Hospital District Board and Cary Board of Directors.

Created in 1973 by the Maine Legislature, the Cary Hospital District Board is responsible for maintaining Cary’s buildings and grounds and approving all major renovations, according to Bill Flagg, the hospital’s director of community relations and development.

The Cary Board of Directors, a separate board with nine voting members, oversees management of the medical center, the hospital’s policies and procedures, financial operations, strategic planning and daily operations, Flagg said.

City attorney Richard Solman will review both boards with Thompson. They will present a final report to the City Council in a future meeting.

“As a result of the recent controversy, there is a need for additional information [about the boards’ actions],” Thompson said.

City councilors unanimously approved the motion after a brief disagreement on whether the utilities district should be included in future conversations.

Councilor Dan Bagley argued the district should be part of the review because of their involvement with the defunct donation.

But Councilor John Morrill pointed out the utilities district’s choice to not accept the donation.

“I don’t think [the utilities district] is a part of this,” Morrill said. “It’s more important that we straighten out things between the city and these two [hospital] boards.”

Deputy Mayor Courtney Boma noted that members of both the Cary Board of Directors and Hospital District Board will be part of the review and discussions on the final report.

“This [review] is to make sure every member is doing what they’re supposed to do based on the ordinance that is in place,” Boma said.

Earlier that evening, councilors shot down a motion from Goughan that they table the appointment of new Hospital District Board members until meeting in an executive session with Thompson and Solman. More discussion should take place before appointing new members, Goughan said.

All three members were appointed with a majority council vote.

Next year's Caribou City Council will include a new member and a longtime councilor thanks to Tuesday's election.
Pets END_OF_DOCUMENT_TOKEN_TO_BE_REPLACED

Nearly anyone who has ever had puppies or dogs can relate to “The Zoomies.” The zoomies are defined as those sudden bursts of pent-up energy that cause dogs to run at breakneck speeds back and forth or around and around, or sometimes in a tight little circle.
What's Happening This Week END_OF_DOCUMENT_TOKEN_TO_BE_REPLACED