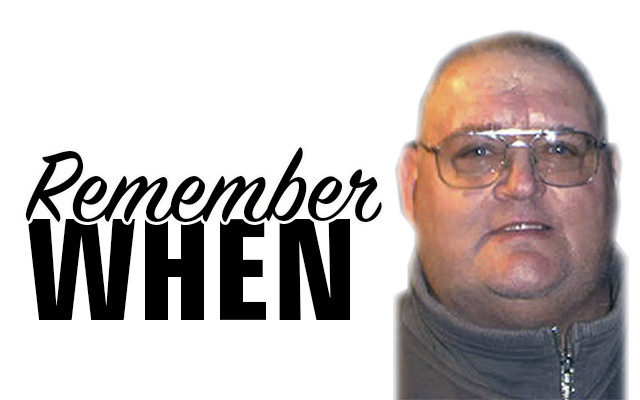 Contributed • August 1, 2018
How many remember the gathering of firewood to heat your homes with, before the days of cut, split and delivered cord wood?

How many remember the gathering of firewood to heat your homes with, before the days of cut, split and delivered cord wood? I sure do. I mentioned before that I watch YouTube videos online and sometimes the subject matter triggers a memory. That happened yesterday.

I was watching the videos of a company in Michigan that cuts big timber, most of the smaller wood being chipped for the biomass plants there. The big trees they have to remove are anywhere from two to four feet across the butt of the tree, and some even larger.

When I was 4 and 5 years old, usually on Sundays in the fall, Mom would pack a big lunch and fill the water jugs and Dad would get his chainsaw, wedges and ax and load them into the dump truck. Then he would pull the pins on the top of the tailgate and lay it down, supported by the corner chains for that purpose. Then we — Mom, Dad, my little sister and I — would get in the truck and we would head into the woods in West Chapman where Dad had purchased stumpage.

We would drive in and down the road to the marked area where we were to get our wood. Dad would turn the truck around and we would disembark. Dad would then take his saw, gas and bar oil down off the road into the woods. Dad’s saw was unique. On side of the throttle handle was a button. In order to use the saw with the bar sideways so you could notch the tree, you pushed the button and turned the handle to the left. That allowed the carburetor to be upright in order to feed the engine as it ran. This saw was also gear driven and it was very slow compared to the saws of today. Once he found the tree he wanted, Dad would fill the saw with gas and oil and begin cutting the tree.

My sis and I would play around where the truck was, and Mom would putter around until she built a fire to cook lunch. Dad would be working on the tree he cut until coffee time, when he would come out long enough to have a cup, then back to work. Mom would cook lunch, and Dad would come up to eat and then go back to finish cutting up the tree.

Once he had the tree cut up, Dad would roll the blocks out to the road. Then when they were all out, he would roll them up a plank onto the truck, piling them three blocks high all the way onto the lowered tailgate. Then, he and I would go back to the site where he cut up the tree, and I would take the smaller of the small pieces and he the larger, and we’d take them to the truck to fill in the empty spots between the blocks. Then and only then did we leave the woods for home.

Dad would dump the load of wood behind the house by the cellar door, then after work during the week he would split and throw it into the cellar. The next week we did it again. Oh, and I forgot to mention that most of the blocks on these trees were anywhere from two feet to four feet in diameter.

Now I watch those videos and sit and Remember When . . .

Guy Woodworth, a Presque Isle native now living in Limestone, is a 1973 graduate of Presque Isle High School and a four-year Navy veteran. He and his wife Theresa have two grown sons and five grandchildren. He may be contacted at lightning117_1999@yahoo.com.

Only one member of Maine’s congressional delegation had come out in favor of impeaching President Donald Trump ahead of House Speaker Nancy Pelosi’s Tuesday announcement that the Democratic-led House of Representatives would begin an impeachment inquiry.
Pets END_OF_DOCUMENT_TOKEN_TO_BE_REPLACED

Recently we had a young man attend one of our board meetings to express an interest in helping the animals.
Campaign Corner END_OF_DOCUMENT_TOKEN_TO_BE_REPLACED