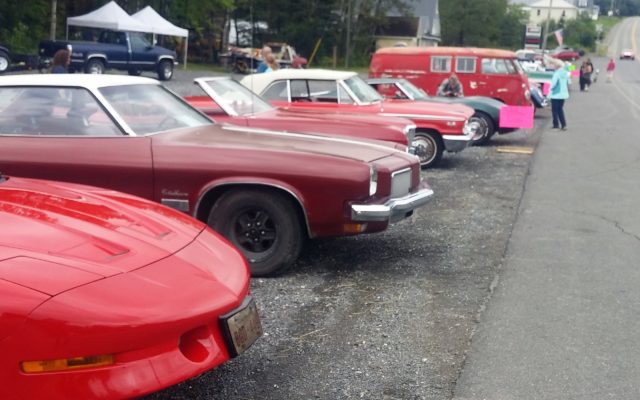 Vintage autos, bicycles offer true blast from the past

Ken Bustard, Special to The County • August 23, 2018
More than 75 vintage autos, bicycles, motorcycles and even homemade unnamed vehicles filled the streets of Smyrna during the 2nd annual “Blast From the Past” event Saturday, Aug. 18.

SMYRNA, Maine — More than 75 vintage autos, bicycles, motorcycles and even homemade unnamed vehicles filled the streets of Smyrna during the 2nd annual “Blast From the Past” event Saturday, Aug. 18.

A well-attended crowd of 150-plus participants consumed 185 (up from 125 first year) fair sausage, hotdogs, corn on the cob and baked potatoes. 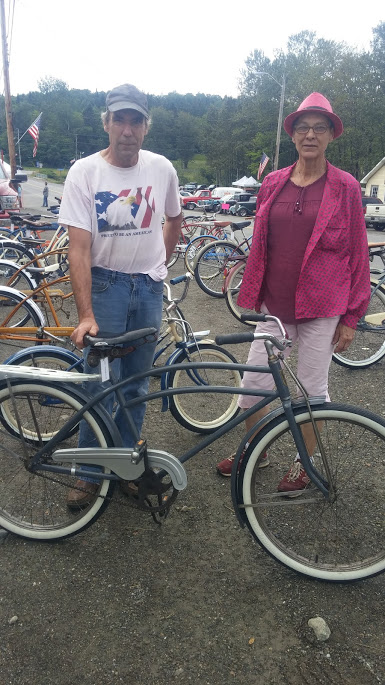 Jimmy and Mary Pocock of Sherman show off their antique Murphy bike at the 2nd annual Blast from the Past event held in Smyrna Aug. 18. (Courtesy of Ken Bustard)

One engine was a 1919 Model M International Harvester, most likely used at one time as a stationary motor on a thrashing machine or similar farm implement. Their club has 30 active members, with one member credited with 50-plus engines.

They have been active for approximately 15 years, and attend about a dozen events annually. Similar clubs, according to Peabody, are active in Pennsylvania and Indiana, but he was not aware of any in Maine. They had plans to be in Richmond Corner at a community event Aug. 25.

Jimmy and Mary Pocock of Sherman added to the excitement with 25 antique bicycles from their collection of over 200 bikes. According to Mary, they began collecting only about four years ago.

“I needed a bike, as I didn’t have a driver’s license, and a lady gave me one,” she explained. “The collecting started there.”

Now, the couple regularly find bicycles left in their yard, as neighbors have become aware that many are fixed up and given to local kids needing a bike. The oldest one on display Saturday was a 1935 Shelby Flyer. While Mary keeps busy cleaning houses and Jimmy working as a logger, they still find time to enjoy bicycling, collecting, fixing and riding. 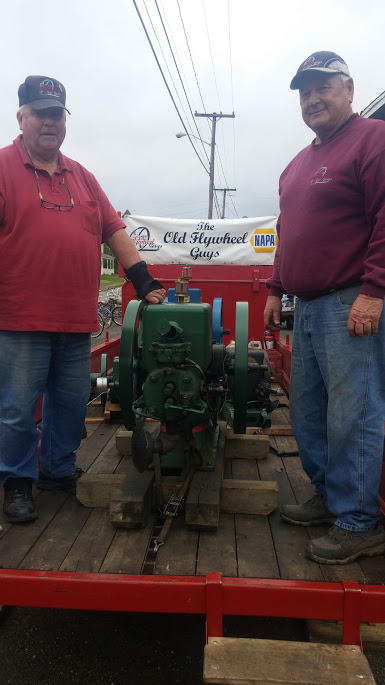 Don Peabody, left, and Jim Galloway, both of Woodstock, New Brunswick, are better known as “The Old Fly Wheel Guys.”Along with Alan VanDine, the group displayed their “hit and miss” as well as throttle governed engines at the 2nd annual Blast From the Past event in Smyrna Aug. 18. (Courtesy of Ken Bustard)

A larger than life size “Plinko,” constructed by Ralph and Cindy Bartman, drew numerous people. For 50 cents, people were able to choose from an assortment of prizes. Diana Hardy oversaw this event, until later in the afternoon when Rogan Bustard, while only six years old, expertly ran the event for the last few hours. The day culminated with an old fashioned country auction, consisting primarily of transportation related items and complimented with a few homemade pies, sweets and vegetables. Approximately $1,400 was raised to benefit the group.

The last order of business was drawing the winner of a 1981 Porsche. Tickets had been sold for a few months prior to the event and many sold on Saturday as well. The winning ticket went to Peter Grant from New Brunswick, who, it turns out, was “pressured” into buying a ticket. His enthusiasm at actually winning was apparent.

This event, according to Ralph Bartman, proved successful, exceeding attendance and organization from the first year.

“Next year will be even better as we work to expand the auction, hopefully taking some transportation items in on consignment,” explained Bartman. Plans are in the works for next year, and donations already received for next year’s auction. For more information, contact Ralph Bartman at 757-8411. 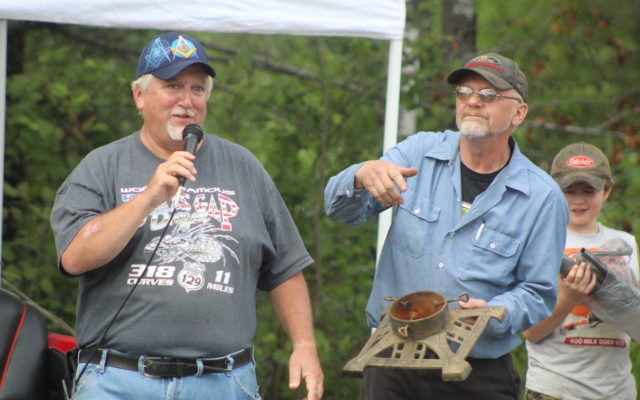 Don Peabody, left, and Jim Galloway, both of Woodstock, New Brunswick, are better known as “The Old Fly Wheel Guys.”Along with Alan VanDine, the group displayed their “hit and miss” as well as throttle governed engines at the 2nd annual Blast From the Past event in Smyrna Aug. 18. (Courtesy of Ken Bustard) 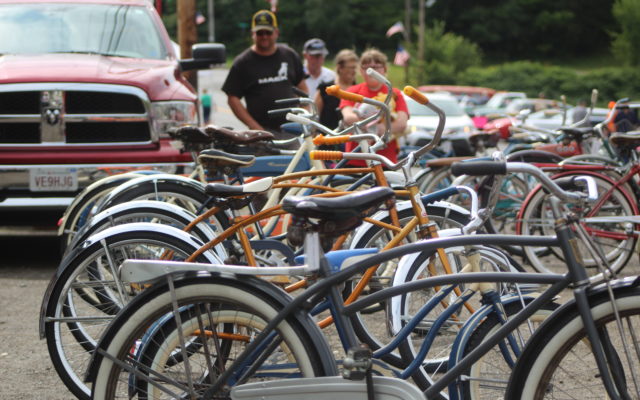 Antique bicycles line the streets of Smyrna Saturday, Aug. 18, for the second annual “Blast from the Past” event. (Courtesy of Maia Crandall)

Only one member of Maine’s congressional delegation had come out in favor of impeaching President Donald Trump ahead of House Speaker Nancy Pelosi’s Tuesday announcement that the Democratic-led House of Representatives would begin an impeachment inquiry.
Pets END_OF_DOCUMENT_TOKEN_TO_BE_REPLACED