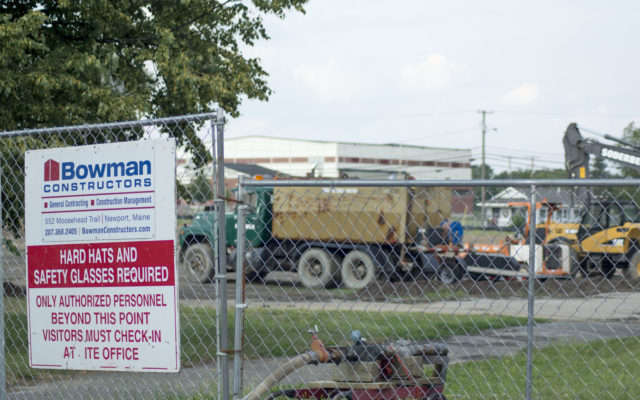 RSU 39 residents vote this week on $4.8 million for new school in Caribou

Chris Bouchard • September 5, 2018
Caribou, Limestone, and Stockholm residents will have an opportunity to vote Thursday on whether or not to accept an additional $4.8 million for a new PreK-8 school currently under construction in Caribou.

CARIBOU, Maine – Caribou, Limestone, and Stockholm residents will have an opportunity to vote Thursday on whether or not to accept an additional $4.8 million for a new PreK-8 school currently under construction in Caribou.

RSU 39 Superintendent Tim Doak said that approval of the referendum question will not result in a tax increase for the RSU 39 member communities. The money, according to Doak, already has been appropriated is in a Maine Department of Education account. If the referendum question is shot down, he said that Maine DOE will still spend the $4.8 million on another state school project.

The question specifically asks if voters will authorize RSU 39 to “fund unanticipated costs for the new elementary school project,” and also to accept a $25,000 donation for a new gym floor.

Some residents raised concerns about the wording of the question during an Aug. 16 public hearing hosted by RSU 39 officials in the Caribou Performing Arts Center, specifically asking why it indicates RSU 39 will fund the $4.8 million and why the $25,000 local addition is included in the first question. Their primary concern was that the wording would lead voters to believe that both the $4.8 million and $25,000 will be taken out of local taxes.

Doak said that while the state will fund the $4.8 million and the $25,000 has already been paid by a private donor, resulting in no local tax impact, RSU 39’s attorney informed school officials that the referendum question had to be worded in this manner.

The need for the additional money arose when the only bid on the $37,267,334 construction project came in at $49,511,000, resulting in a more than $12 million funding gap. Some aspects of the project have been permanently removed (such as skylights, glazing, 15 classroom sinks, landscaping, and benches) in an effort to close the gap.

A $4.8 million difference still remained, however, and after negotiations between RSU 39, Bowman Constructors, PDT Architects, and the state Department of Education, an agreement was struck in which the Maine DOE would fund the needed amount so the school could retain an energy efficient wood chip boiler, food service appliances, furniture, corridor wall protection, granite curbing, high-density asphalt, and multipurpose playing fields.

Those components will be removed from the project if the referendum question is shot down. Should it fail, RSU 39 also would need to use local tax dollars to fund asbestos abatement and demolition of Teague Park Elementary, which is adjacent to the location of the new school.

I was mentioning to our board of directors this past week that I got a quarterly report from a large online retailer who will donate a portion of my purchases to a charity I select.
Campaign Corner END_OF_DOCUMENT_TOKEN_TO_BE_REPLACED