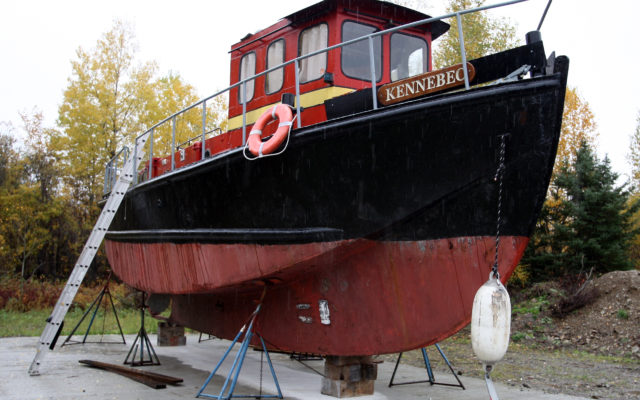 Joseph Cyr • October 16, 2018
For generations, the Patten Lumbermen’s Museum has provided a glimpse into the history of the area’s rich logging past.

PATTEN, Maine — For generations, the Patten Lumbermen’s Museum has provided a glimpse into the history of the area’s rich logging past.

Founded in 1963 by Lore Rogers and Caleb Scribner, the museum documents Maine logging history by preserving the logging heritage and accomplishments of early inhabitants of the state.

The museum houses some of Maine’s most notable contributions to the early mechanization of logging, including the Lombard Steam Hauler, Lombard Gas Hauler, and the Peavey Cant Dog.

And now, the museum has added to its collection a genuine workboat known to haul two acres of logs at a time.

The Kennebec, a tugboat built in 1956 at Katahdin Iron Works, spent many years hauling trees that were cut near Wyman Lake in Western Maine to coastal cities. It now sits perched on a concrete slab in the back corner of the Patten Lumbermen’s Museum, where curiosity seekers can get a glimpse of yet another element of lumber history.

The Kennebec was used on the final log drive in the state back in 1976 when logs went down the Kennebec River from Moosehead Lake to The Forks. From there, the logs made their way to a paper mills in Winslow, Augusta and Hallowell, said Rhonda Brophy, museum curator.

After 20 years in the logging industry on the Kennebec River, the vessel was next used to tow barges loaded with logs in the Rockland area. Later on, the Kennebec was used as a training vessel for Maine Maritime Academy in Castine. 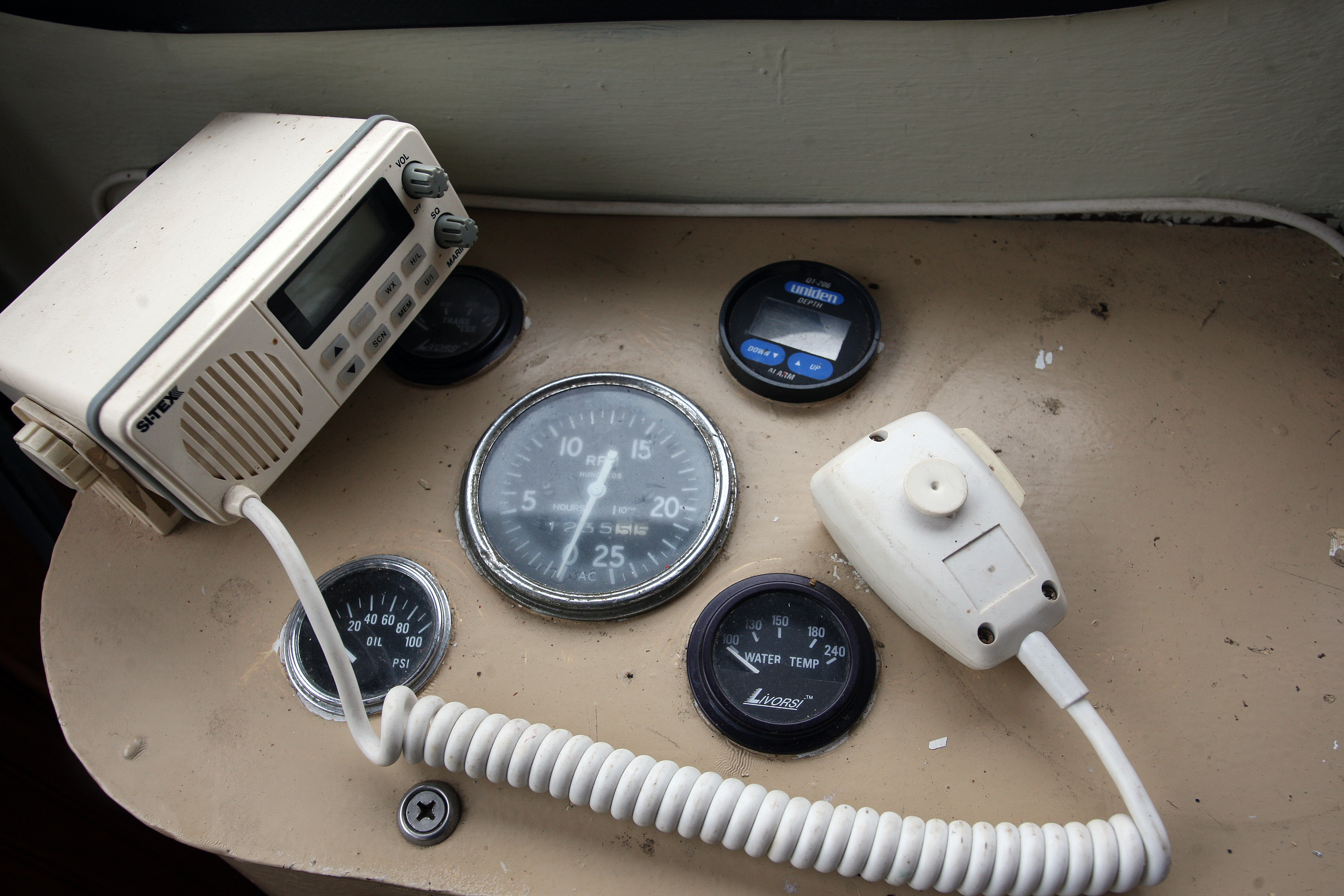 PT-NE-Tugboat3-42-18.jpg
A radio and navigational equipment remain inside the pilothouse of the Kennebec tugboat. (Joseph Cyr)

In 2003, she returned to Rockland when the Kennebec was sold to a private party, who transformed the workboat into a recreational vessel, complete with a sleeping area. The general layout of the boat was kept intact, but a cabin was added to the rear of the engine room to make the boat more liveable. A small kitchen and portable commode also were added.

This past summer, the vessel was donated to the museum, but the local museum had to come up with the money to pay for transporting the 40-foot tugboat.

“We tried raising money to get the ship here, as it probably cost us $15,000 because of the transportation costs,” Brophy said.

That fundraising effort did not exactly take off, as the museum was only able to raise about $500. Brophy said she thinks the fundraising was not successful because the boat was not physically at the Patten museum and therefore people did not have a good idea of the vessel’s importance to the logging history. The cost to bring the vessel to Patten was covered by the museum’s general fund.

Brophy, however, is optimistic future fundraising efforts will be more successful now that the vessel has found its home.

Carroll Bates, maintenance director for the museum, said transporting the vessel was no easy task.

“It couldn’t come under a bridge or overpass because it wouldn’t fit,” Bates said. “So that meant going through Washington County and along a lot of back roads to get here. It was quite a process.”

The museum hopes to construct some sort of building to provide cover for the vessel at a later date and are working on a way to make the ship accessible for people to check out safely.

According to the museum’s website, Maine’s logging history began in the early 1600’s when English explorers first cut trees on Monhegan Island. By 1832, Bangor had become the largest shipping port for lumber in the world; at times, as many as 3,000 ships were anchored there, and it was said that a person could almost walk across ship decks from Bangor to Brewer.

Over 8.7 billion feet of lumber shipped from Bangor between 1832 and 1888. During this period, Patten became a booming center for logging operations. Each spring, logs harvested in the Patten area during the preceding winter were floated down the Penobscot River in massive drives to the Bangor-area mills. 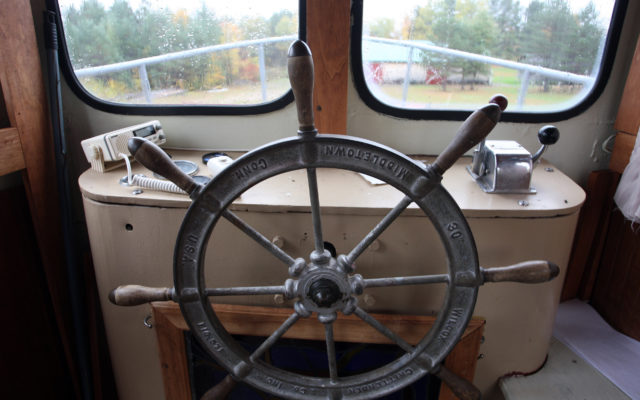 A look inside the pilot house of the Kennebec tugboat, reveals the ship’s wheel and equipment remain intact.
(Joseph Cyr)

A familiar face to Aroostook County residents has announced her candidacy for the Maine State Senate.
Pets END_OF_DOCUMENT_TOKEN_TO_BE_REPLACED

One addition to last week’s “Kindness abounds” story on the generosity of local area youth: Just last week, 11-year-old Michaela stopped by the shelter armed with bags of dog and cat food and special treats.
What's Happening This Week END_OF_DOCUMENT_TOKEN_TO_BE_REPLACED