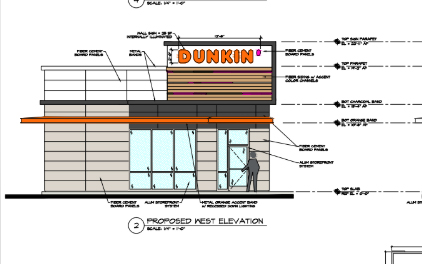 Caribou among first Maine communities to receive ‘next generation’ Dunkin’

Chris Bouchard • October 27, 2018
Plans are in place for a new, standalone Dunkin’ restaurant on Bennett Drive in Caribou, between the Irving gas station and recreation center, and across the street from an in-construction elementary school.

CARIBOU, Maine — Plans are in place for a new, standalone Dunkin’ restaurant on Bennett Drive in Caribou, between the Irving gas station and recreation center, and across the street from an in-construction elementary school.

According to Dunkin’ public relations officials, the brand has started to phase out the name “Dunkin’ Donuts” in favor of just “Dunkin’.” But that doesn’t mean it will stop offering donuts. The name change will officially take place at the start of next year and, according to a Sept. 2018 press release, is the result of customers across the country “referring to the brand as Dunkin’.”

The new Caribou store, according to a company spokesperson, will include a new gray color tone to replace the brown aesthetic, as well as a tap system for new cold beverages, including a cold brew coffee infused with nitro.

“I’ve had it and you don’t even need any cream or sugar with it,” the spokesperson said.

The Caribou store, if approved by city officials, will be among the first in Maine to feature the next generation name and design, with Manchester having the first in the state.

The spokesperson added that there are plans to employee roughly 25 to 30 individuals at the new store in Caribou, and that Michael Ouimet, a franchisee who owns stores in Caribou, Houlton, and Millinocket, is considering a new, next generation Dunkin’ in Fort Kent as well.

According to a letter to the city from Jon Whitten, senior project manager for Plymouth Engineering, the new Dunkin’ will be 1,875 square feet and the property will include a parking lot and drive through space. At this point, the plan is for a parking lot that accommodates 18 cars and a drive-through capable of sustaining a line of up to 15 vehicles. The proposal also includes a bypass lane so drivers can move in and out while avoiding the line.

The proposal, which includes site-designs and details regarding water and electricity in the facility, will be reviewed by the Caribou Planning Board during a Nov. 8 public hearing at 5:30 p.m. in the City Council chambers.

Currently, the plan is to begin construction in the spring of 2019 with an opening mid-summer. 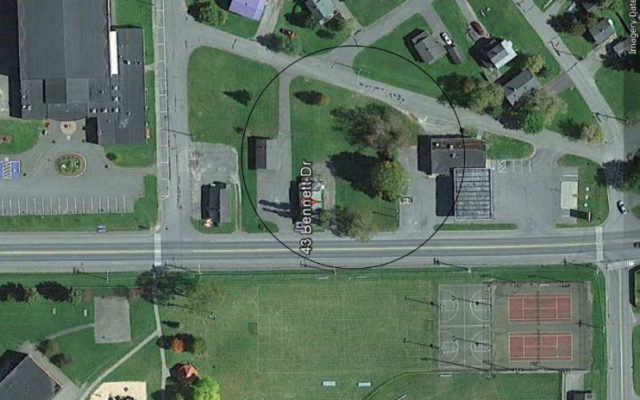 The circled area on this map shows where a new, next generation Dunkin’ restaurant, would be built in Caribou if approved by city officials. (Courtesy of City of Caribou)

I was mentioning to our board of directors this past week that I got a quarterly report from a large online retailer who will donate a portion of my purchases to a charity I select.
Campaign Corner END_OF_DOCUMENT_TOKEN_TO_BE_REPLACED