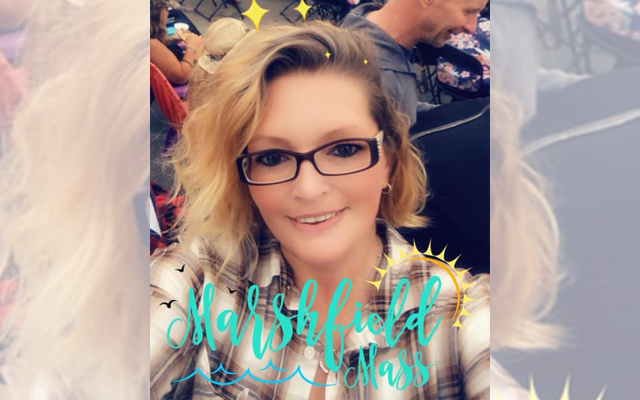 Jen Lynds • April 12, 2019
For weeks, Kimberly Robertson has been counting down the days until Saturday.

HOULTON, Maine — For weeks, Kimberly Robertson has been counting down the days until Saturday.

The Coventry, Rhode Island, resident is a devoted fan of Uncle Kracker, the recording artist who will be performing two shows this Saturday, April 13, in Houlton.

“I am so excited, I just can’t wait,” she said on Wednesday. “I am traveling seven hours to get there. That is how big of a fan I am.”

Uncle Kraker, who’s given name is Matthew Shafer, is scheduled to perform two shows at 3 p.m. and 7:30 p.m at the Millar Civic Center.

Robertson, 42, said she has been a fan of the artist since the release of his first solo album, Double Wide, in 2000.

“I try to see him whenever he is in New England,” she said. “But this is the farthest I have ever traveled to see him. So I usually end up seeing him two or three times a year. I believe I’ve seen him at least ten times over the past twenty years.”

The event is being sponsored by the Houlton Agricultural Fair Association, and will be the first concert event at the Civic Center since comedian Jeff Dunham performed there back in 2008. Last summer, country music artist John Anderson performed on the fairgrounds during Houlton’s Fourth of July festival.

Robertson said she is such a fan that she has met the artist twice, once in Massachusetts and again in Connecticut.

While she has been to Maine before, she has never been to Aroostook County.

“I know that it is almost in Canada,” she said, laughing. “But there is a woman from Canada who is traveling even farther to see Uncle Kracker than I am. We have been texting back and forth about it. We are going to meet in person at the concert.”

She said that once the fair association heard how far she was traveling, they offered her a meet and greet opportunity with the artist.

“That was really nice,” she said.

Carla Mitchell, a Caribou resident, admitted Thursday that she might not be as big a fan of Uncle Kracker as Robertson, but that she definitely could give her a “run for her money.”

“I actually got hooked on his music about ten years ago when I saw him perform in Connecticut,” she said. “Before that, I only knew one or two of his songs.”

Since then, however, she said she listens “to at least one of his songs every day. I know most of the lyrics to his songs.”

Mitchell said she thinks it’s “awesome” that the fair association is bringing him to Houlton.

“I think that anything that brings more entertainment here is great,” she said.

At the Houlton Humane Society, we take adopting the cats and dogs in our charge very seriously.
Campaign Corner END_OF_DOCUMENT_TOKEN_TO_BE_REPLACED