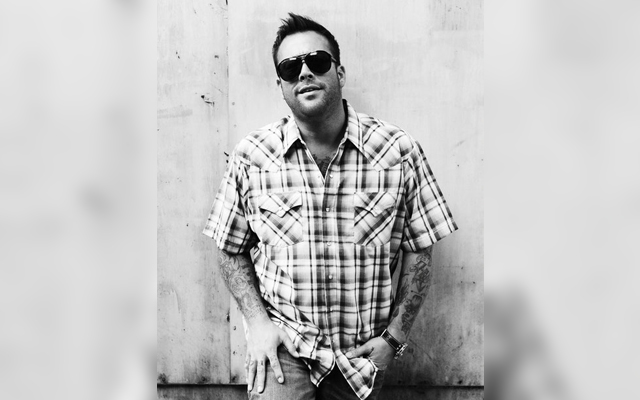 Joseph Cyr • December 14, 2018
In an effort to come up with new and different ways to increase its revenue, the Houlton Agricultural Fair Association has booked a nationally recognized recording artist for a springtime show in the Shiretown.

HOULTON, Maine — In an effort to come up with new and different ways to increase its revenue, the Houlton Agricultural Fair Association has booked a nationally recognized recording artist for a springtime show in the Shiretown.

Uncle Kracker, who’s given name is Matthew Shafer, is scheduled to perform two shows at 3 p.m. and 7:30 p.m. at the Millar Civic Center on Saturday, April 13.

Sponsored by the Houlton Agricultural Fair Association, it will be the first concert event at the Civic Center in the past 11 years. The last performer to appear at the Civic Center was comedian Jeff Dunham back in 2008. Last summer, country music artist John Anderson performed during Houlton’s Fourth of July festival.

“We decided as a fair board after last year’s fair, that in order for us to continue to grow we need to do events outside of the four days of the fair,” Fair President Paul Cleary said.

The board decided to revisit sponsoring a concert based on the success of last summer’s John Anderson show. A list of artists that fit into the fair board’s price range was obtained and those artists were listed in a poll on the group’s Facebook page.

“Uncle Kracker was right at the top of that list,” Cleary said. “We feel he fits right in. He’s sort of country, sort of adult contemporary and sort of rock. I think people will really like him.”

According to his website, “Uncle Kracker has played sold out shows across the country and appeared everywhere from the American Country Music Awards to Late Night With Conan O’Brien. He is still having a blast, and fans worldwide undoubtedly will too when they see him on the road.”

The entertainer is quoted on the site stating, “When I’m up onstage, I don’t feel removed from the people coming to hear the music. You can feel it, when they identify with you. Sometimes when I’m up there, I wanna tell ‘em, ‘I’m not any different than you are.’”

Uncle Kracker began his career as a member of Kid Rock’s backup band, and branched out as a solo artist in 2000 with his debut album “Double Wide.” That album went double-platinum and  included a No. 1 single, “Follow Me.”

He has released five albums to date, with his sixth, “Detroit’s Own,” slated to be released in March of 2019.

Cleary said the concert is a testing grounds of sorts and if all goes well additional performances could be in the works.

“We want to see how people will react,” he said. “We’ve been hearing for years that people wanted to have a concert back in Houlton. So we’re excited about it. If people support it, we will do more.”

The Civic Center has a maximum capacity of 2,160 seats for each show. Concessions will be available, but alcohol will not be sold.

“The response has been incredible,” Cleary said. “Here we are four months away, and we’ve already sold 400 tickets.”

Tickets are available through the Houlton Agricultural Fair’s website with seats ranging in price from $20-$40. They also will be available the day of the show. For more information, visit www.houltonfair.org.

Only one member of Maine’s congressional delegation had come out in favor of impeaching President Donald Trump ahead of House Speaker Nancy Pelosi’s Tuesday announcement that the Democratic-led House of Representatives would begin an impeachment inquiry.
Pets END_OF_DOCUMENT_TOKEN_TO_BE_REPLACED

Recently we had a young man attend one of our board meetings to express an interest in helping the animals.
Campaign Corner END_OF_DOCUMENT_TOKEN_TO_BE_REPLACED