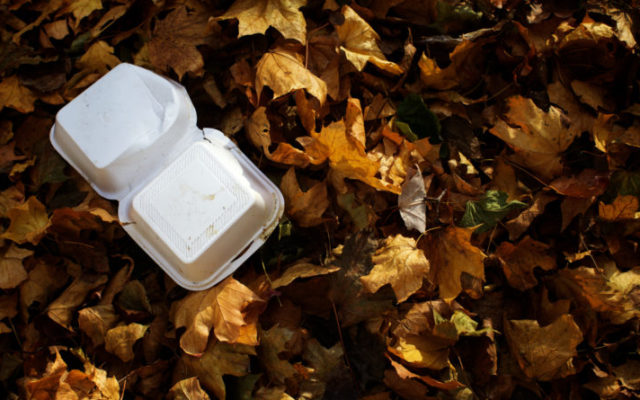 Mal Leary, Maine Public • April 25, 2019
Under legislation approved by lawmakers Thursday, most uses of polystyrene food containers will be banned in Maine after Jan. 1, 2021.

Under legislation approved by lawmakers Thursday, most uses of polystyrene food containers will be banned in Maine after Jan. 1, 2021.

The Maine Senate voted 23-10 to give final passage to the bill Thursday.

“Polystyrene has shown to be carcinogenic and a neurotoxin when heated, according to the national toxicology program, especially when in the proximity of grease,” Carson said during a floor speech before the vote..

The measure would allow the use of polystyrene by hospitals and Meals on Wheels programs.

“I see this bill as a bad business bill that does nothing to address littering and recycling challenges in this state. It adds costs to small businesses,” Timberlake said.

Gov. Janet Mills has 10 days to sign the legislation, veto it or let it become law without her signature.