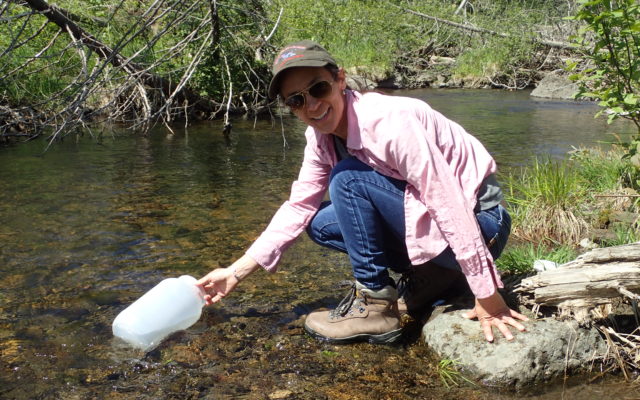 Anthony Brino • June 10, 2019
A new generation of Atlantic salmon is getting acquainted with the headwaters of the Aroostook River watershed this spring, as a coalition of organizations works on a long-term effort to restore populations of the fish in northern Maine.

ASHLAND, Maine — A new generation of Atlantic salmon is getting acquainted with the headwaters of the Aroostook River watershed this spring, as a coalition of organizations works on a long-term effort to restore populations of the fish in northern Maine.

More than 40,000 newly hatched Atlantic salmon were released into tributary streams of the Aroostook River in early June. They are the first cohort of hatches sourced from wild, genetically diverse salmon in the greater St. John River watershed, said David Putnam, a member of the volunteer-run Atlantic Salmon for Northern Maine group.

Most salmon releases have relied on captive-raised fish, and releases over the last several decades in northern Maine and elsewhere have not been successful in establishing new populations of the fish, Putnam said.

These new fish represent a “new strategy,” said Putnam, a long-time natural history and sciences instructor at the University of Maine Presque Isle. The young salmon come from eggs taken from wild fish that were “selected to get a broad genetic diversity from St. John River salmon,” Putnam said.

The young salmon “fry” were released without being fed in a hatchery and should have a better chance at long-term survival and adaptation than hatchery-raised offspring, Putnam said.

The St. John River watershed, including the Aroostook River, was once home to a robust Atlantic salmon population, along with river herring and eels, said Brian Fields, president of Atlantic Salmon for Northern Maine.

A century ago people in Aroostook County and elsewhere were catching and eating salmon, Fields said. But dam construction, industrial pollution and land use changes disrupted the salmon’s migration and reproductive cycles between ocean waters and inland rivers.

Atlantic Salmon for Northern Maine was formed in 1983, and now more than ever, Fields said, there are reasons to be optimistic about the long-term viability of salmon in Aroostook County rivers and streams.

In addition to the wild sources of young salmon for release, there are sufficient passageways at big dams such as the Tinker and Caribou dams on the Aroostook and the Mactaquac dam on the St. John.

The Tinker Dam, near the mouth of the Aroostook River downstream and across the border from Fort Fairfield, also has a special fish passageway that allows technicians to screen out invasive species such as muskellunge.

Aroostook County’s two tribes have long traditions with salmon and their waterways, and have land holdings with tributaries that were sites of the releases.

Future plans call for releases in the Meduxnekeag River and Prestile Stream, two smaller tributaries of the St. John that flow through Aroostook County, as well as a range of initiatives to continue fish releases and monitoring.

The group has a hatchery in Sheridan, a village along the river near Ashland, and is considering plans for a rearing facility that would help grow mating pairs of this latest release.

While most of the previous releases from hatchery-raised fish have not been successful, last year there were 39 adult salmon that returned to spawning grounds in the Aroostook River, Putnam said.

It was the second highest salmon return of any river in Maine after the Penobscot, he said.

“Those salmon were wild but were probably offspring of the pre-released fish. It will be interesting to see if we continue to get fish to come over the Tinker Dam.” 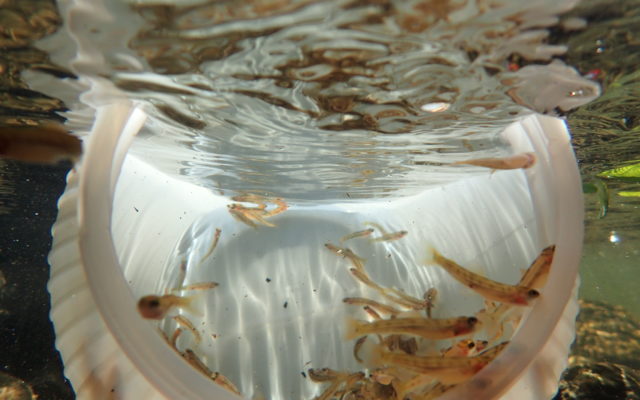 Unfed salmon fry being released into the Aroostook River watershed, in search of their first meal. (Courtesy of David Putnam) 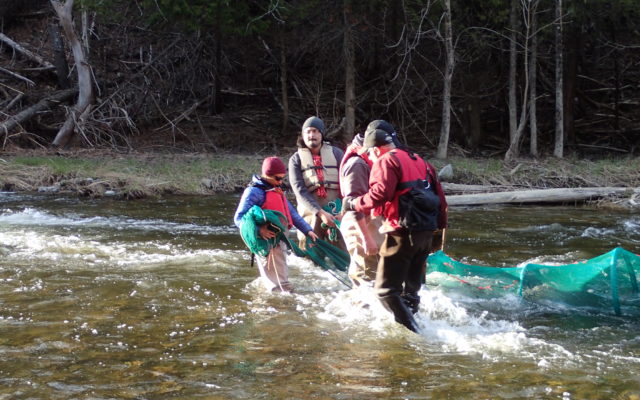 A group sets up a fyke net in a St. John River tributary to capture salmon smolts migrating toward the sea as part of a long-term northern Maine salmon restoration project. From left are Sam St. John and Cara O’Donnell, from the Houlton Band of Maliseet Indians, and Rob Bowmaster and and Ross Jones, with Canada’s Department of Fisheries and Oceans. (Courtesy of David Putnam)

Just when we thought we were out of the woods with kitten season, it has hit full force.  The past few days have been difficult answering the phone and hearing the stories of why people have litters of kittens they need to surrender.
Campaign Corner END_OF_DOCUMENT_TOKEN_TO_BE_REPLACED