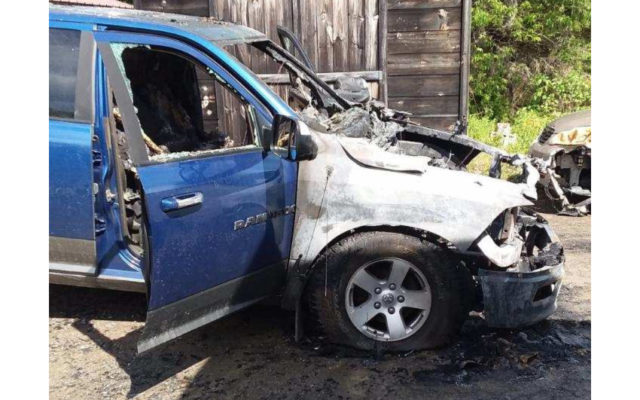 Joseph Cyr • June 21, 2019
A Hodgdon man is crediting the quick response from his town’s fire department in preventing a bizarre car fire from spreading to his home.

HODGDON, Maine — A Hodgdon man is crediting the quick response from his town’s fire department in preventing a bizarre car fire from spreading to his home.

The Hodgdon Fire Department was called to the 145 Corner Road home of Jerry Toner around 9 a.m. for a report of a vehicle fire. A 2011 Dodge Ram truck was fully ablaze when firefighters arrived, but the crew was able to keep the flames from spreading to Toner’s home about 10 feet away.

Toner said Friday afternoon that it was his neighbor who first spotted something odd with the vehicle, which he had recently purchased from a local dealership. The truck had been sitting in Toner’s driveway for about 12 hours when the fire broke out. 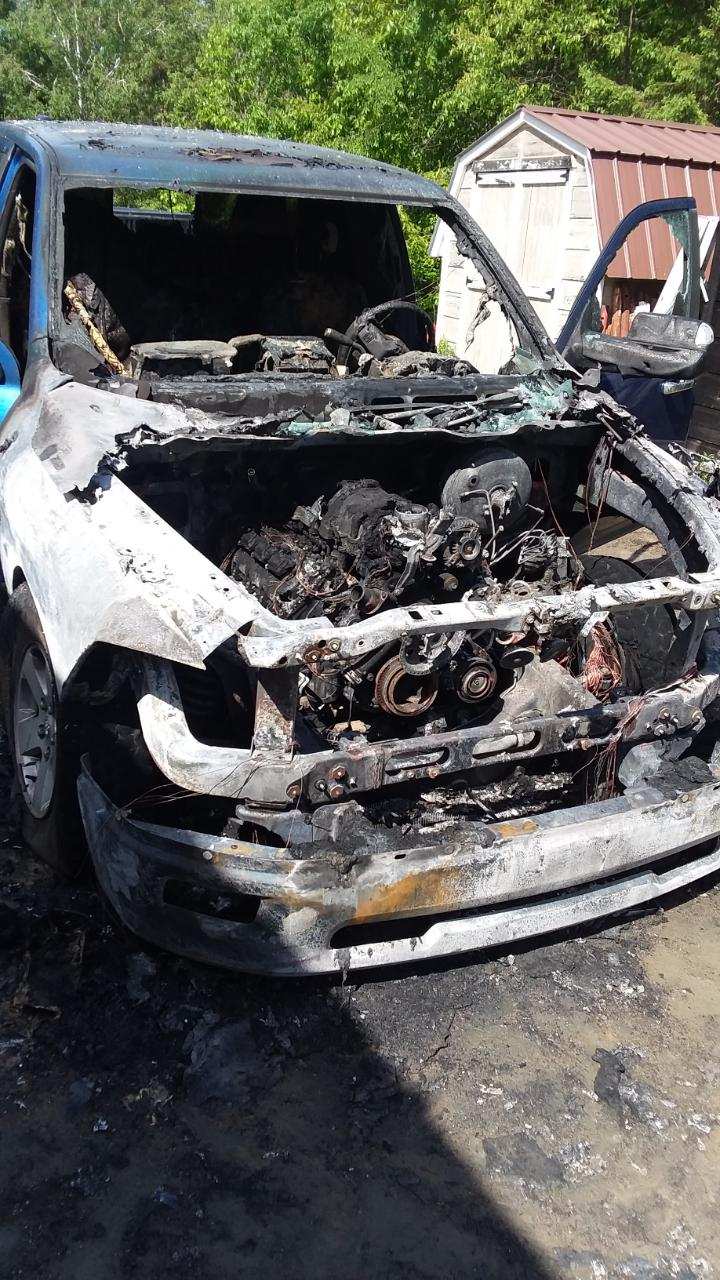 A 2011 Dodge Ram pickup owned by Jerry Toner of Hodgdon was destroyed June 13 when it burst into flames while sitting in his driveway.
(Courtesy of Jerry Toner)

“My neighbor, Bill Folsom, called me to say something weird was happening with the truck,” Toner said. “He heard the horn beeping, then saw the lights start flashing and windshield wipers were going. Then he saw smoke starting to roll out from underneath the hood.”

Toner made a quick call to 9-1-1, and the Hodgdon Volunteer Fire Department responded within a couple of minutes.

“It was just amazing how quick they [firefighters] got there,” Toner said.

Rick Tidd of the Hodgdon Fire Department said the fire was not something he had come across before in all his years as a firefighter.

“It was really kind of weird how that happened,” he said. “It was just sitting there in his dooryard.”

The flames were so hot that they melted the siding on Toner’s house and also scorched a second vehicle parked nearby. The truck was a complete loss.

A familiar face to Aroostook County residents has announced her candidacy for the Maine State Senate.
Pets END_OF_DOCUMENT_TOKEN_TO_BE_REPLACED

One addition to last week’s “Kindness abounds” story on the generosity of local area youth: Just last week, 11-year-old Michaela stopped by the shelter armed with bags of dog and cat food and special treats.
What's Happening This Week END_OF_DOCUMENT_TOKEN_TO_BE_REPLACED