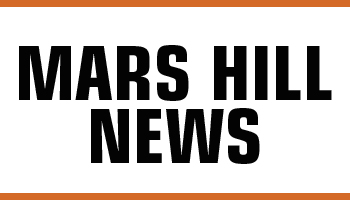 Mars Hill gears up for Homecoming

Kathy Miller, Special to The Star-Herald • July 12, 2019
Mars Hill Homecoming days are coming up from Wednesday, Aug. 7, through Sunday, Aug. 11.

Mars Hill Homecoming days are coming up from Wednesday, Aug. 7, through Sunday, Aug. 11.

New this year will be a kids decorated bike parade on Wednesday evening.  Thursday is the ice cream social at the Northern Light AR Gould center, Friday will be the Rotary car hop supper, caricature artist, paint & sip and a drive-in movie, “Ralph Breaks the Internet.”

Sunday there will be the Big Run around the Mountain, Alumni Golf Scramble, and a gospel concert at the gazebo. Class reunions will go on throughout the weekend.

The Mars Hill Rotary met on Tuesday, July 2, with guest speaker Dr. Jason Johnson from the University of Maine at Presque Isle.

He spoke about UMPI’s new agriculture program, in which students take mostly science courses their first year and agriculture and business management courses later on.   He explained other classes that are offered along with the traditional classes.

They have a collaboration with University of Maine Cooperative Extension which is beneficial to the class.  They have received a $1 million donation to be used for a professorship for this program in honor of Dr. Robert Akeley by his daughter.  He shared the plans for a new greenhouse, which will be coming soon.

She spoke about upcoming events including the Aug. 4 Feed the County race at Spud Speedway, for which people may sponsor a lap to help Feed the County, and the fourth annual corn maze event at the end of August at Goughan’s Farms in Caribou.

She said last year was a record breaking year, with Feed the County putting out 1,593,876 pounds of food to County residents.  They will take anything and just recently acquired 42,000 pounds of pickles that were donated.

They had to build extra storage in Caribou after losing the McCain storage facility.  They also lease a building in Monticello, which is up for sale, so they are unsure of what will happen at that location.

They are receiving a donation this week from the Hampden location from the Good Shepherd food bank of a larger freezer/cooler for the Monticello location, which can’t be installed until they see if the facility is sold, Shaw said.

She works with inmates from Houlton. One of their projects is baling clothes to be sold to buyers, which gives money back to Feed the County.

Catholic Charities distributes 1,765 food packs each month.  They are planting their rutabagas and beets this week. They are always looking for ways to raise money to make the program sustainable.  They were offered a space in the Aroostook Centre Mall, and have that set up for items for sale in the old Claire’s store. It has been working well.

Just when we thought we were out of the woods with kitten season, it has hit full force.  The past few days have been difficult answering the phone and hearing the stories of why people have litters of kittens they need to surrender.
Campaign Corner END_OF_DOCUMENT_TOKEN_TO_BE_REPLACED