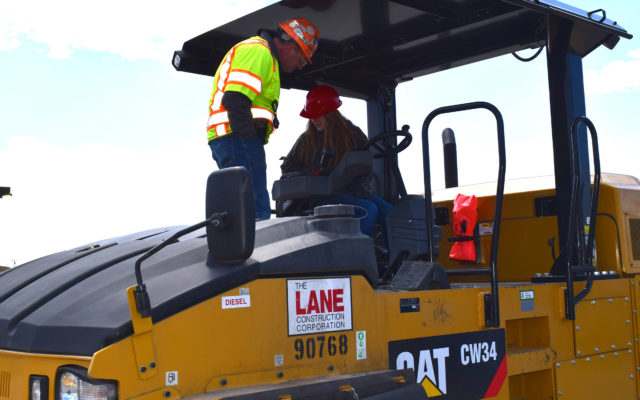 Anthony Brino • August 8, 2019
Aroostook County's employers and workforce advocates are urging women to consider “non-traditional” occupations and build their own high-paying careers in the trades.

PRESQUE ISLE, Maine — Aroostook County’s employers and workforce advocates are urging women to consider “non-traditional” occupations and build their own high-paying careers in the trades.

Representatives from McCain Foods, Huber Engineered Woods, the Maine Department of Transportation and others gathered at Northern Maine Community College Wednesday for a conversation about opportunities for women in fields like construction, commercial truck driving, manufacturing and natural resources.

“One of the barriers for women entering non-traditional occupations is the misperceptions of expectations, necessary skills, and the work environment,” said Erin Benson, workforce development coordinator with the Aroostook County Action Program, which organized the event.

Benson said that women entering these fields creates a win-win in helping grow the local economy and fostering independence and well-being.

“What we want to do is see you on the road to a sustainable life,” Benson said.

Approximately 10 percent of Aroostook County’s jobs are in manufacturing and 28 percent of the region’s jobs would be considered non-traditional for women, Benson said.

Meanwhile, Aroostook County’s business community has been sounding the alarm about the need to grow the region’s overall population and workforce as a generation of baby boomers retires.

“It’s wide open out there ladies. You can do anything you set your mind to,” said Carol Bell, a consultant for the Penobscot McCrum company, which is building a new potato processing plant in Washburn that will employ about 60 people when it opens next year.

“The thing that I hate to see is a lot of women come in at entry-level and that’s where they sort of stay,” said Bell, who also described her varied career working in manufacturing management and public health, including eight years as general manager for J.M. Huber Corp.

“I’ve started at the bottom in a few places and you work your way up. You have to keep promoting yourself, keep taking classes, because there are all sorts of opportunities in those facilities.”

Bell encouraged people to take advantage of free or low-cost classes in areas such as safety training, welding or forklift operations. She also pointed to wastewater treatment as one area that will need new workers in the coming years as many wastewater treatment operators are nearing retirement.

Cindy Kelley, human resources manager with McCain Foods in Easton, said the company has numerous jobs open, with a starting rate of $14.85 per hour, and wants to see women entering its ranks.

“Diversity and inclusion is one of our key objectives. We have a lot of males that work in that higher level and we definitely see that we need to get some females into those positions. I’m personally excited about that.”

The french fry factory in Easton is the largest single buyer of Aroostook County’s potato crop and currently employs 474 people.

Also in Easton is the large Huber Engineered Woods factory that produces oriented strand board and employs more than 100 people who start out earning $16 per hour, with a dollar raise after a year, said Pete Lento, the plant’s HR representative.

“It’s a very automated process,” Lento said describing the plant. “We even have one section of our plant that’s robotic; there’s no people in it all and machines do all the work.”

Huber is also hiring for numerous positions, including general laborers who work throughout the plant before moving onto more specialized work.

“The only limit to how high up you can go in the company is your motivation. One young lady I just hired works circles around some of the guys,” Lento said.

“I personally would love to see more women working at my company, but we don’t have those women applying.”

Lynn McDonald, an HR manager with the Maine Department of Transportation, also pitched the agency’s hiring program, which trains plow truck drivers and gets new hires a commercial driver’s license within months.

Northern Maine Community College offers an eight-week commercial driver’s training program that has seen more women trainees in recent years and is also taught by female instructor and program graduate Heidi Plourde, who describes her transition from working as a hairdresser to driving trucks.

“I went on the road and came back different. I’m independent.”

Maine is more than eight months into Medicaid expansion under the federal Affordable Care Act and trends around who is enrolling and where they live are starting to emerge, bucking some expectations and pointing out access challenges.
Pets END_OF_DOCUMENT_TOKEN_TO_BE_REPLACED