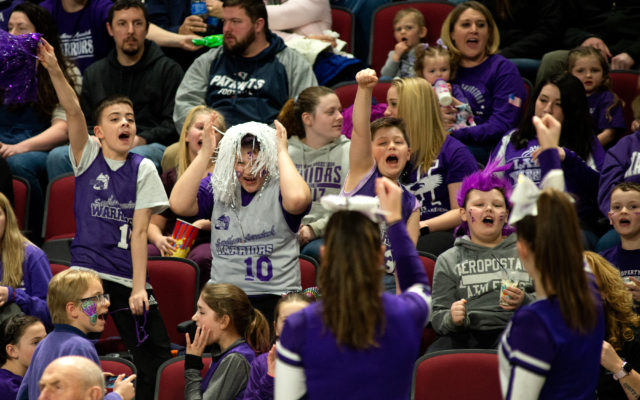 It is a three-year deal.

Northern Maine Media streams approximately 250 sports events annually, but this is the first time it will carry the football state finals and the regional basketball tournament semifinals and finals.

“We’re very excited about it,” said Fred Grant, the owner of Northern Maine Media Inc. “We have been building for several years now, and we are glad this finally happened.”

The Vermont-based Northeast Sports Network had carried the basketball tournament games and put in a bid to continue to do so, but Mike Burnham, executive director of the interscholastic division of the MPA, said they preferred Northern Maine Media’s bid.

“We weren’t unhappy with the NSN’s coverage. But moving forward, we felt WHOU’s proposal was best for us. We’ve worked with Fred Grant for years, and we know WHOU will continue to provide outstanding coverage. We’re excited about continuing to work with and grow with them.

Viewers will have to pay a subscription fee, but the amount has not been determined, according to Grant.

“It will be a flat fee to view all the games rather than a pay-per-view deal,” Grant said.

All other events carried by Northern Maine Media, including regular-season games in a variety of sports, are free to viewers.

Grant said he is happy with the terms of the agreement but declined to disclose the financial arrangement. Northern Maine Media did pay a rights fee to the MPA.

“Producing the games, especially basketball, is extremely expensive. And there are expenses we hadn’t expected. But we feel we’ll be able to cover the cost [through subscription fees and advertising revenue],” he said.

WHOU radio began video streaming high school sports in 2012 and has doubled its coverage every year, according to Grant.

In addition to football and basketball, Northern Maine Media also video streams soccer, baseball and ice hockey games. They will add softball in the spring and field hockey next fall. Grant said they are also open to eventually adding lacrosse and girls ice hockey.

“We cover games from Fort Kent to Kittery, and we’re working on building [production] crews in the southern part of the state,” he said.

Grant said they do have an extensive number of crews statewide, which include high school and college students.

High school and college students joining these crews go through a training process.

“We want to build a feeder program,” Grant said. “Some of the college kids who call the games for us have been great ones.”

Students and graduates of the New England School School of Communications on the Husson University campus in Bangor have been particularly well versed in production and play by play, Grant said.

Burnham said working with WHOU gives Maine schools and the MPA a chance to build continuity with coverage throughout the year.

“Additionally, we have been pleased to partner with an organization that actively hires both high school and college students at all levels of their broadcast,” Burnham said.

The students are paid for their services, Grant said.

The National Federation of High School Sports Associations Network aired the basketball quarterfinals and Maine Public Television had the rights to televise the state finals in all five classes.

Burnham said that arrangement will continue this winter.

WABI-TV Channel 5 and the CW in Bangor had carried all the state championship football games for 13 years but backed out last fall citing a lack of resources and staff and the financial challenges.

Halfway Home Pet Rescue in Caribou has partnered with the Houlton Humane Society shelter for a cat spay and neuter clinic on Saturday, May 30, and Sunday, May 31, in Houlton.
Campaign Corner END_OF_DOCUMENT_TOKEN_TO_BE_REPLACED