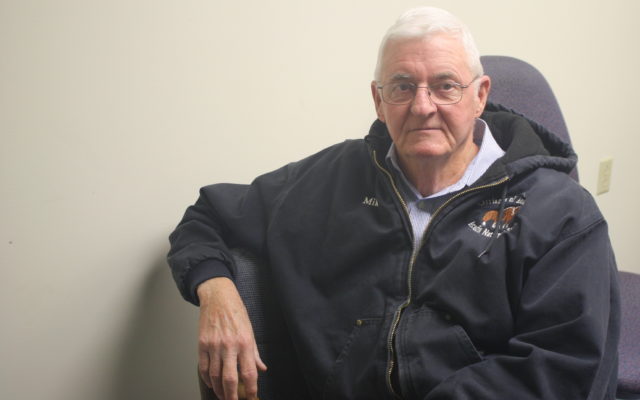 PRESQUE ISLE, Maine — As the U.S. House draws toward possibly impeaching President Donald Trump, the issue divides state legislators from across The County.

Of the 10 members of the Maine State Legislature representing districts within Aroostook County, two, both Democrats, said they supported impeachment. A third, Sen. Michael Carpenter, D-Houlton, said he supported House Democrats investigating the Ukraine matter, and said it appeared President Trump had attempted to utilize U.S. military aid to Ukraine for political ends.

Two other representatives, both Republicans, said they opposed impeaching the president. A third, Rep. Chris Johansen, R-Monticello, appears to be against impeachment based on posts from his Maine House Facebook page.

Five legislators, three Republicans and two Democrats, did not respond to repeated requests for comment regarding their views.

Sen. Carpenter did not unequivocally say he supported impeachment or removal, as he was not privy to all of the information available to those in the House and Senate. Yet, he said Trump’s actions were deeply troubling.

“I think it was important, regardless of the politics, that the House took action, and it appears that they probably will impeach,” Carpenter said.

Carpenter said it appeared that, from President Trump’s statements, he had attempted to extract from Ukraine the announcement of an investigation into Hunter Biden. He said President Trump had not “put forward a defense,” by preventing those from within his administration to speak to the House.

Carpenter, who won election as senator in November by only 207 votes (of 14,659 total), acknowledged that his statements on impeachment could easily become a “campaign aid” against him, especially because he has many Trump supporters in his district.

Yet, he said he wouldn’t shy away from expressing his personal views if asked, either publicly or by constituents.

“I didn’t get elected to stand on the sidelines,” Carpenter said. “And like everybody else in the world, I have opinions.”

Despite seeming to side with many House Democrats on impeachment, Carpenter said he felt impeachment, and Congress, had become far too partisan.

“It’s not as bad in Augusta as it is Washington,” Carpenter said. “You see some partisan spats, but it’s relatively rare. And none of the bitterness that you see in Washington.”

Carpenter, whose term runs until 2020, said he had not decided on whether he would run for re-election.

Rep. David McCrea, D-Fort Fairfield, said he supports impeachment of President Trump by the House. Comparing the impeachment process to a criminal indictment, McCrea said there was “certainly enough evidence” available to bring the case to the Senate.

“Bring the impeachment forward, and send it to trial,” McCrea said. “And then, when the evidence is all done, let the chips fall where they may.”

He said that if the accusations against President Trump from House Democrats regarding Ukraine are correct, the Senate should remove the president from office.

Rep. Gregory Swallow, R-Houlton, said that while he did not support the impeachment and removal of President Trump, the president had shown “poor judgment” in his actions related to Ukraine.

However, Swallow said the impeachment inquiry was “rushed” and “poorly constructed” by House Democrats for political reasons.

“There are many who are upset with Trump’s behavior,” Swallow said. “But, to move ahead with impeachment at this point shows poor judgment from his opponents.”

Swallow said the constituents who had spoken to him about the issue had defended the president, and believed that the actions of Joe and Hunter Biden were worthy of investigation.

Rep. Johansen did not respond to repeated inquiries related to his thoughts on impeachment. However, Johansen has made numerous Facebook posts on his Maine representative Facebook page that imply he is against impeachment.

Rep. Roland “Danny” Martin, D-Sinclair, said he supported the impeachment and removal of President Trump. He did not elaborate on his reasoning for these beliefs.

Rep. John Deveau, R-Caribou, said he opposed the impeachment and removal of President Trump. He said the allegations against the president were without “any factual proof.”

Deveau said the Washington establishment was attacking President Trump because he did not “talk exactly the way they think he should.” He said allegations against Joe Biden regarding his involvement in Ukranian energy policy were far more severe than those against Trump.

“Right now, Joe Biden is more guilty of a quid pro quo than President Trump is even close to,” Deveau said.

A spokesperson for the Aroostook Democratic Committee said the committee had not taken a position on impeachment. A representative of the Maine Republican Aroostook Committee did not respond to numerous requests for comment.

Many of you have been following Luke's story on our Facebook page. Luke came to the Ark last July with his sister Lydia at 8 weeks old. Both Luke and Lydia were in really bad shape with untreated upper respiratory infection.
Campaign Corner END_OF_DOCUMENT_TOKEN_TO_BE_REPLACED