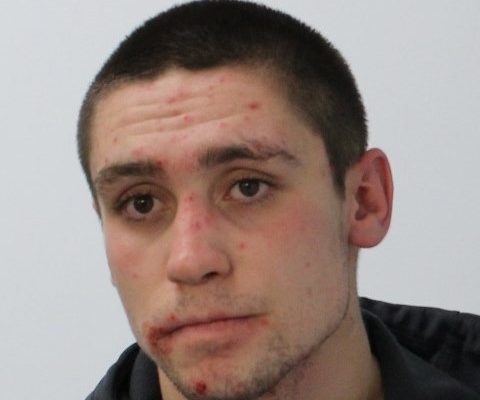 Authorities searched Ares Rattray, 22, of Presque Isle as part of his bail conditions and found him to be carrying 22 grams of methamphetamine and $875 in cash.

Presque Isle Sgt. Tyler Cote arrested Rattray for violation of the conditions of his release.

Police executed a search warrant at 44 Allen St. in Presque Isle, where Rattray was living with a 24/7 custodian, Kiley Pelletier. Police seized more methamphetamine, as well as an undisclosed amount of a substance police believe to be heroin, a .223 AR Rifle and $5,000.

While it is illegal under federal law to possess any amount of methamphetamine, federal authorities can prosecute those who possess 5 grams or more of the substance for drug trafficking. There is a five-year minimum in prison for the crime.

Houlton Police arrested Rattray on a warrant on June 2 of last year. Rattray allegedly operated a motor vehicle with a suspended or revoked license and refused arrest.

It is unknown if that arrest is related to the probation conditions he allegedly violated on Saturday.

Maine is more than eight months into Medicaid expansion under the federal Affordable Care Act and trends around who is enrolling and where they live are starting to emerge, bucking some expectations and pointing out access challenges.
Pets END_OF_DOCUMENT_TOKEN_TO_BE_REPLACED