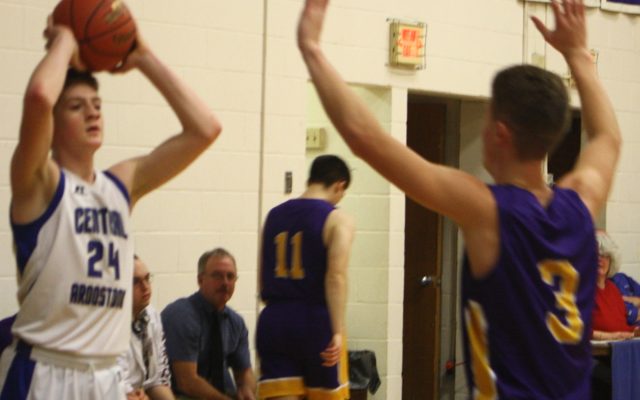 David Marino Jr. • January 13, 2020
More than halfway through the season, the playoff picture is beginning to come into focus for local boys basketball teams.

PRESQUE ISLE, Maine — More than halfway through the season, the playoff picture is beginning to come into focus for local boys basketball teams.

With two victories this week, Central Aroostook (8-2) continues to lead Class C North as of Sunday night. Though far away from their regional rival, Fort Fairfield was showing some strength of its own, ranking seventh in the 20-strong division.

In Class B North, Presque Isle (4-7) slid down to 13th, in a division that undefeated Caribou continue to dominate.

In Class D North, Easton continues to perform well and is now ranked fourth. Washburn was eighth, and Ashland 11th.

Though on the losing team, Colby Hewitt had an impressive game, leading players on both teams with 23 points. Hewitt did not have a single field goal throughout the night as he had four 3-pointers and landed 11 free throws.

Aidan Churchill and Devin Dionne both had 11 points, with Dionne getting 12 rebounds.

Madawaska 54, Washburn 29 — At Madawaska Jan. 6, Madawaska beat out Washburn. Robbie Lausier led the Owls with 24 points, while Carsen Cyr and Ian Beaulieu each added 11 points of their own to the board.

For the Beavers, Devin Dionne had 12 points and eight rebounds.

Easton 76, Wisdom 31 — At Easton Jan. 9, the Bears trounced Wisdom in another home win. The Bears could not have done it without some powerful performances from Matthew Pangburn, who had 17 points, Camden Michaud, who had 12, and Madison Bubar, who had nine.

Madawaska 76, Washburn 45 — At Washburn Jan. 9, Madawaska (5-5) had a resounding victory over Washburn. That victory would not have been possible without a stellar performance by Robert Lausier, who had 39 points off of 15 field goals and three 3-pointers. Riley Morneault had 14 and Carson Cyr  seven.

Churchill led his team with 11, while Hewitt had nine, and Benjamin Turner had eight.

Though the offensive fireworks were not as strong with the Hornets, two players scored 10: Blayne Boutot and Josh Celestre.

For the Owls, Lausier led the way with 22 points, while Ian Beaulieu had nine and Michael Hebert six.

Graham Siltz had 16 points for Southern Aroostook, while Burpee had 15, and Jacob Brooks had 14.

Maine is more than eight months into Medicaid expansion under the federal Affordable Care Act and trends around who is enrolling and where they live are starting to emerge, bucking some expectations and pointing out access challenges.
Pets END_OF_DOCUMENT_TOKEN_TO_BE_REPLACED