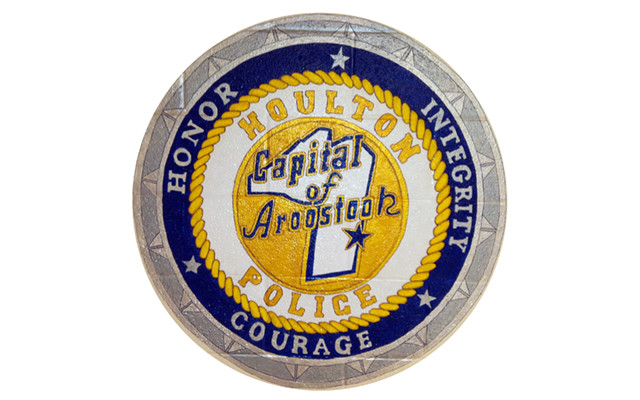 Inmates on work release take a smoke break, get charged with theft

Joseph Cyr • May 22, 2017
Two inmates at the Aroostook County Jail walked away from their work assignment Saturday, but later returned after police said they borrowed a truck and stole a large cigarette disposal bin filled with butts. 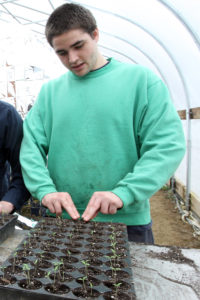 Jacob Poitraw, 20, of Caribou was one of two inmates at the Aroostook County Jail charged with leaving the scene of a work release program Saturday afternoon in Houlton.  (Joseph Cyr | Pioneer Times)

HOULTON, Maine — Two inmates at the Aroostook County Jail walked away from their work assignment Saturday, but later returned after police said they borrowed a truck and stole a large cigarette disposal bin filled with butts.

Aroostook County Sheriff Darrell Crandall said Jacob Poitraw, 20, of Caribou and Jeston Davis, 25, of Fort Kent, were participating in a community work farm project in Houlton when they were left unattended Saturday afternoon. The two decided to leave the work detail, took a pickup truck from the farm and drove to the Houlton Wal-Mart, located about a mile away, Crandall said.

At Wal-Mart, one of the two men allegedly stole a large cigarette butt container from outside of the store. The inmates then went back to the farm with the stolen bin, the sheriff said.

The two inmates, who were serving relatively short sentences for probation violations, were away from the farm for about ten minutes. However, their departure was not noticed by the trained farm staff that was present on the site.

The sheriff would not say exactly how, but “jail staff later became aware of this breach in security and contacted Wal-Mart to verify the activity and to see if it was captured by their surveillance system. It was.”

Crandall added that “Wal-Mart was instructed by jail staff to report the theft to the Houlton Police Department, as it is within their jurisdiction. It is presumed that the inmates stole the ashtray full of cigarette butts to smoke, as smoking is prohibited behavior for county jail inmates.”

Crandall reviewed the matter late Saturday, and summarily terminated the partnership between the jail and the non-profit farm, Friends of Aroostook, which used inmate workers to help plant and harvest vegetables.

“I am very disappointed that an incident like this was allowed to occur … not just because of the potential safety concerns, but because I believe this partnership has been of great value to the community and to many inmates as well,” Crandall said. “I have directed my chief deputy to complete a top-down review of jail programs to make sure any and all organizations benefiting from inmate labor are consistently following all of the established rules.”

The County jail has been running these partnership programs with non-profit, charitable organizations for more than two years, and they are modeled after many similar programs at county jails and state correctional facilities across Maine. Inmates assigned to these programs are formally classified as a minimum security risk and have had no disciplinary issues inside the jail. A requirement of this program is that inmates must be under direct supervision, at all times, by trained farm staff.

“Clearly, these inmates were not being adequately supervised by farm staff, and I simply will not tolerate that,” Crandall said. “These are great programs when handled properly, and I have no intention of allowing this incident to keep them from continuing.”

In addition to the charges levied by the Houlton Police Department, the sheriff’s office will be charging the two men with escape, for leaving the worksite without authorization. Both Poitraw and Davis have lost all privileges and have been returned to general population, Crandall said.

Forbidden foods for our four-legged friends are many and can be very dangerous if ingested. Sometimes, we give our pets leftovers or what we consider treats. According to many sources, some human foods can make an animal very sick, and in certain cases can even be lethal.
What's Happening This Week END_OF_DOCUMENT_TOKEN_TO_BE_REPLACED