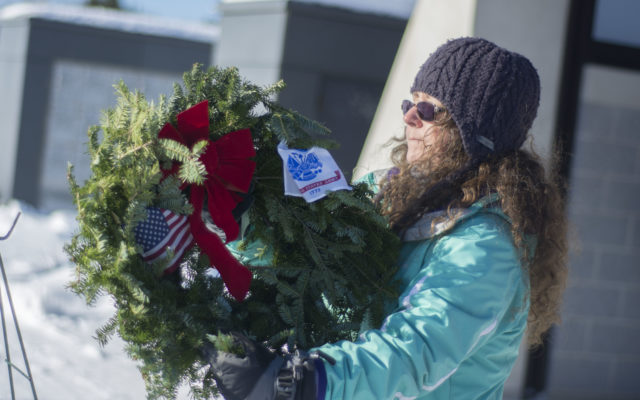 Chris Bouchard • December 20, 2017
A handful of military veterans braved the freezing weather Saturday to pay tribute to those who served, and are serving, in the military during one of many “Wreaths Across America” ceremonies in the country.

CARIBOU, Maine — A handful of military veterans braved the freezing weather Saturday to pay tribute to those who served, and are serving, in the military during one of many “Wreaths Across America” ceremonies in the country.

Inspiration for the event began when Morrill Worcester, owner of Worcester Wreath Company, was 12 years old and won a trip to Washington, D.C. At that time, he was working as a paperboy for the Bangor Daily News.

Worcester never forgot the trip and, when his company experienced a wreath surplus in 1992, he contacted U.S. Sen. Olympia Snowe of Maine and arranged to have the wreaths placed at gravesites in Arlington National Cemetery in Virginia. This became a yearly tradition until 2005, when photographs of the event were spread across the internet. From there, it became a national event held at over one thousand different locations. 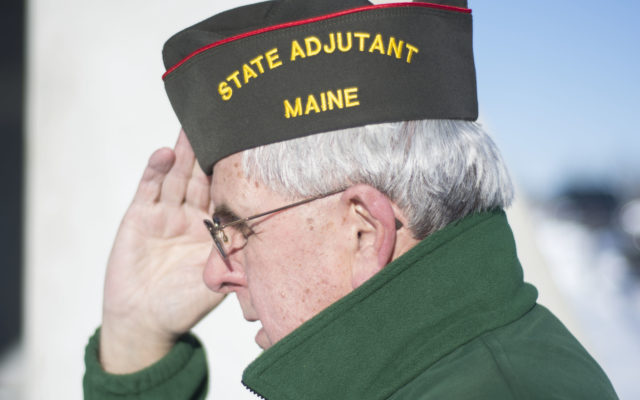 During Caribou’s ceremony, led by Maine VFW State Adjutant Andre Dumas, local veterans placed a wreath in front of the Northern Maine Veterans Cemetery committal shelter. Then, select veterans placed wreaths to honor all current and former servicemen and women from the individual services — Army, Navy, Marine Corps, Air Force, Coast Guard, and Merchant Marines, as well as to remember those from all branches whose last known status was missing in action or prisoner of war.

Though Caribou has participated in Wreaths Across America for over a quarter of a century, Dumas said this is the first year in which participants had enough wreaths to place one on every headstone in the cemetery.

“This is the first year we have laid over 150 wreaths,” Dumas said before the Dec. 16 ceremony.

VFW Post 9389 Commander Roger Felix, who laid a wreath honoring members of the Coast Guard, said he’s been participating in Wreaths Across America for at least 10 years, and that he was happy to learn that all headstones this year were adorned with wreaths.

“We’d been talking about doing it for years,” Felix said. “This morning we had about 30 or 40 people here, and we even had enough left over to go into the local community and place wreaths on veteran headstones in cemeteries in Caribou.” 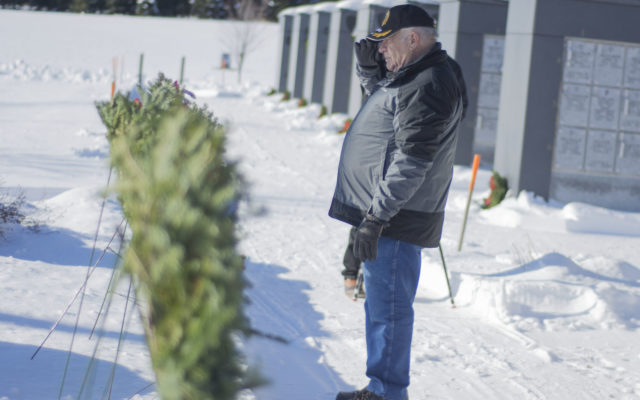 Roy Woods, an Army veteran, salutes after placing a wreath to honor soldiers classified as Missing in Action or Prisoner of War during Caribou’s Dec. 16 Wreaths Across America ceremony.
(Christopher Bouchard)

Felix said it’s important to remember the sacrifice made by members of the United States military.

“There are a lot of people still out there in harm’s way during the holiday,” he said, “and this is something we can do to remember those who fought for our freedom and also to honor those who are still serving.”

Wanda Smith, a member of the American Legion who served in the U.S. Army and laid a wreath in honor of the Army, said this year was her first time attending.

Roy Woods, an Army veteran, laid a wreath on behalf of POWs and MIAs, and after the ceremony said that the event “means a lot” to him.

“This is a time that families get together,” he said, “and this is a time that we need to remember those who can’t be here. It’s a fast-paced life and we seem to just skip through that stuff and not think about this.”

He added that Wreaths Across America is a nationwide event, and that many would likely watch the Arlington ceremony on TV later that night. 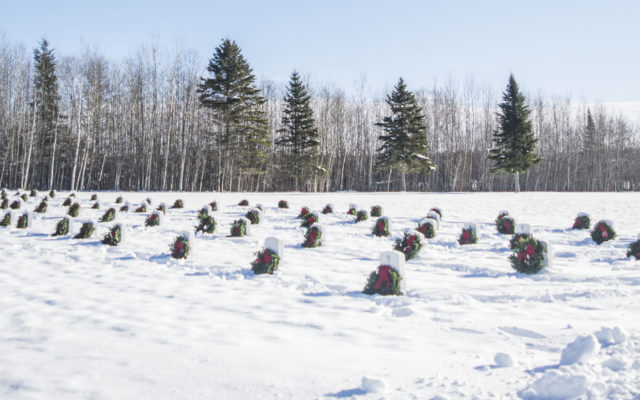 For the first time, organizers received enough wreaths to cover every headstone at the Northern Maine Veterans Cemetery in Caribou during a Dec. 16 Wreaths Across America ceremony. (Christopher Bouchard)

Next year's Caribou City Council will include a new member and a longtime councilor thanks to Tuesday's election.
Pets END_OF_DOCUMENT_TOKEN_TO_BE_REPLACED

Happy fall to you all.  It has been a super beautiful one so far. The harvest has gone well and the temperatures have remained warm, so enjoy these rare days because before long we will be into the winter months, and we all know what that means.
What's Happening This Week END_OF_DOCUMENT_TOKEN_TO_BE_REPLACED