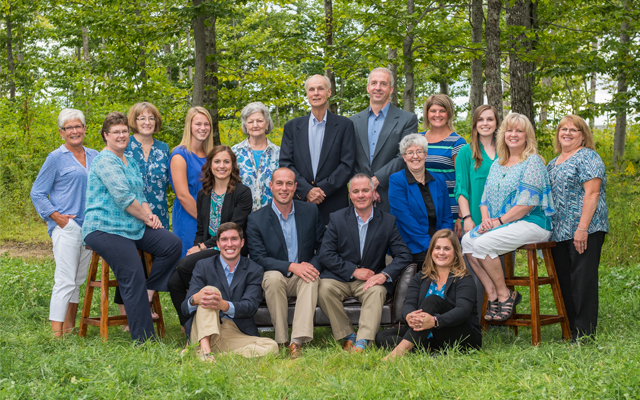 Anthony Brino • December 20, 2017
What started as Art Thompson’s career change from potato farming in 1962 has evolved into one of northern Maine’s oldest financial services companies.

PRESQUE ISLE, Maine — What started as Art Thompson’s career change from potato farming in 1962 has evolved into one of northern Maine’s oldest financial services companies.

Thompson-Hamel, LLC, is ending 2017 celebrating its 55th year in operation. With offices in Presque Isle and Bangor, the company offers estate planning, investment services, insurance brokering and payroll services in Maine and more than 20 states, and manages about $270 million worth of investments on behalf of about 7,000 clients.

“It’s been fun to see the business grow,” said Art Thompson, who turns 84 in February. “It’s kind of mind-boggling that we’re looking at almost $300 million in investments. I get a lot of satisfaction seeing what we’ve accomplished.” 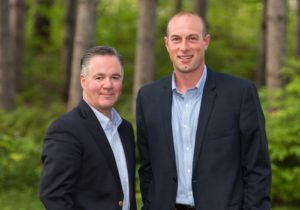 Thompson started small in 1962 when he became a Unum insurance agent while farming potatoes in Limestone.

One winter, with little to do, he took a class in estate planning. “It was a pretty intense class. The morning I was supposed to come home, I thought, ‘I don’t know that I want to farm anymore,’” Thompson recalled.

Then president of Maine Potato Growers, he watched with apprehension as the post-World War II heyday of Maine’s fresh potato industry dwindled, with family farms going out of business and losing ground to large farming operations in western states.

“The price of potatoes was awful then. We lost a couple thousand growers in the late ‘50s and early ‘60s,” Thompson said. “I thought I could help people better in insurance and estate planning. I thought if I have my own insurance business, I won’t have to worry about the weather.”

In his new career, Thompson started working with family farms on estate planning and business succession, helping them with wills, trusts and insurance.

“If something went wrong — if someone died, got injured or retired — they could make sure things would work out right with the family,” Thompson said.

At that time, estate planning was relatively new in the area and also much needed because federal and state estate taxes could hit family farms hard, said Brian Hamel, who joined the firm in 2005 and is now managing partner.

Today, estate taxes in Maine are only applied on estates worth more than $2 million, but 50 years ago, the threshold was much lower.

“You had to do a lot of complex planning, particularly when farmers had a lot of equipment worth a lot of value,” Hamel said. “It very easily got above the federal and state of Maine death tax limits. It could lead to some serious problems back then if you didn’t do some careful planning.”

Though the company still offers estate planning as a core service, the business has grown and diversified over the years, said Hamel, who now manages the firm with co-partner Bryan Thompson, a distant cousin of Art.

“Art sort of brought me in as a succession plan to him,” Hamel said.

Hamel was born in Amesbury, Massachusetts, grew up in New Hampshire, and moved to Presque Isle in 1994 to lead the Loring Development Authority, the organization that took over the civilian repurposing of the former Loring Air Force Base.

He was working as a certified public accountant in Portsmouth, New Hampshire, when in 1991 New Hampshire’s governor asked him to help advise the repurposing the Pease Air Force Base in Portsmouth, which was then the first modern-day military base to close.

A few years later, Maine Governor John McKernan asked Hamel to replicate that work in Limestone, where the Loring base closed in 1994.

“That was the most important decision I’ve ever made both personally and professionally,” Hamel said.

As director of the Loring Development Authority, Hamel worked closely with Art Thompson, who chaired the LDA’s board. And in 2005, Hamel took a job working with Thompson at the firm that became Thompson-Hamel.

Together, and with Art Thompson’s son Jay, they grew the business significantly, from five employees in 2005 to 18 today, including several employees working from an office in Bangor.

Just as Art Thompson took Hamel under his wing, Hamel said that his “succession plan” is Bryan Thompson.

The younger Thompson, 39, grew up in Caribou and always wanted to work in business — and emulate Hamel. For a high school English assignment to interview someone he admired, Thompson chose Hamel, who in the late 1990s was a prominent mover-and-shaker as head of the LDA.

After college, he worked for 10 years at the Defense Finance Accounting Service at Loring, and later taught business classes at the University of Maine at Presque Isle and took a part-time job at Thompson-Hamel.

In 2012, after some deliberation about the future of his career, he accepted a full-time job at the firm and has been helping it grow ever since, now overseeing the payroll business as well as a range of other services.

The company acquired the payroll business in 2014 from a Presque Isle firm.

“We invested in some technology so we can compete with the big guys, and we can do it with a personalized touch,” Thompson said. “That’s really helped us picking up business.”

Both Thompson and Hamel also credit the firm’s success to staff such as Pamela Scheppele, a retirement planning expert who joined the company in 1988.

“They’ve always showed a willingness to embrace change,” Hamel said, adding that the firm is also eyeing other business lines for future growth. “I’m not sure that we’re done yet in terms of the services we provide.”

In August 2017, the company opened another office in downtown Bangor after acquiring the Bangor-based Farrington Financial Group.

Art Thompson still is semi-active with the firm and keeps watch on business happenings. He and his wife Fritzie still live on the family farm in Limestone, leasing their fields to a local potato farmer while also tending to other parts of their land.

“I get the outdoors out of my system by transplanting trees and working in the woods,” Thompson said.

He thinks the business he founded is in good hands with Bryan Thompson and Hamel.

On Thursday, Rep. Harold “Trey” Stewart III, R-Presque Isle, announced he will run for a state Senate seat in the 2020 legislative election -- an important change for one of the most powerful representatives in the Maine House.
Pets END_OF_DOCUMENT_TOKEN_TO_BE_REPLACED