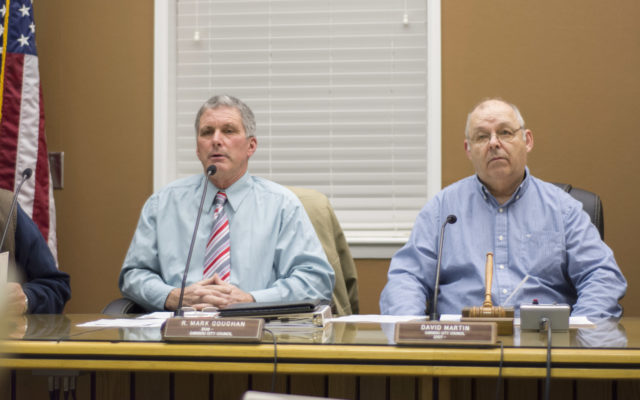 CARIBOU, Maine — Councilors on Jan. 8  unanimously approved an ordinance authorizing the sale of the shuttered Hilltop Elementary School to the Caribou Senior Housing, LLC. While members of the corporation have not commented publicly, city officials have stated many times in the past year that the buyers intend to convert the 19 Marshall Avenue school into a senior living facility.

A sale price was not disclosed, but City Manager Dennis Marker said the pre-negotiated arrangement involved exchanging some properties among the City of Caribou, RSU 39, and the Caribou Senior Housing, LLC.

As part of the school system, the building and land were not taxed by the city, but Caribou Tax Assessor Penny Thompson, said Thursday that the property was valued at $2,236,700.

RSU 39, a school unit that oversees Caribou, Limestone, and Stockholm schools, recently conveyed the Hilltop school property to the city, and officially closed the school in the spring of 2017.

The closure was part of a $50 million PreK-8 new school project in Caribou, which involves shutting down Hilltop Elementary School, Teague Park Elementary School, Caribou Middle School and the Caribou Learning Center, and moving students and faculty to one facility, which will be built in 2020, on Bennett Drive. 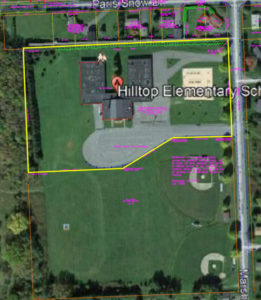 This map, included in the Jan. 8 Caribou City Council packet, outlines in yellow the portion of land, including and surrounding the former Hilltop Elementary School, that will be conveyed to Caribou Senior Housing, LLC. The area below the school contains two baseball fields (with a third in development) and will be retained by the City of Caribou. (City of Caribou)

Marker explained via email in late December that the city planned to give the elementary school building and 7.14 acres of land surrounding it to the Caribou Senior Housing LLC in exchange for the former Sincock Administration building and 0.66 acres of adjacent land on 628 Main Street. Additionally, the corporation will be responsible for tearing down the Sincock building.

RSU 39 had also estimated the cost of asbestos abatement at the Hilltop school at more than $240,000, which Caribou Senior Housing LLC will now be responsible for addressing, according to Marker.

Documents obtained by The County from the Secretary of State’s Bureau of Corporations, Elections and Commissions show that the registered agent for Caribou Senior Housing, LLC is Richard Solman, an attorney who represents the City of Caribou along with several nearby towns including Limestone, Van Buren, New Sweden, and Caswell, and that Carl Soderberg, owner of Soderberg Construction in Caribou, is a member.

The documents also indicate that the corporation was registered as “Assisted Living of Caribou, LLC” in 2015 and that the name was changed to “Caribou Senior Housing, LLC” on Dec. 27 of 2017.

Marker indicated at the Jan. 8 council meeting that there are multiple members of Caribou Senior Housing, but he “couldn’t say directly” who was involved. He did tell councilors during the meeting that Soderberg was a member of the corporation and that Soderberg had told him “there shouldn’t be any issues with continuing to use the driveway” at Hilltop for public access to the baseball fields.

The city manager said he would like to include access to the fields “in the sale of the property” to guarantee continued use of “that portion of the parking lot.” Grounds east and west of the school will be sold, and Marker said the playground equipment could be moved to the land south of the school adjacent to the baseball fields.

There are currently two baseball fields next to the former school, with a third in development.

Marker said that the earliest closing date on the property will be Feb. 8. But, he added that “due to efforts to create tax increment financing options for redevelopment of the property, the closing may not take place until after April 1.”

Members of the Houlton Band of Maliseets will head to the ballot box in order to determine who will be elected as their new tribal chief.
Pets END_OF_DOCUMENT_TOKEN_TO_BE_REPLACED