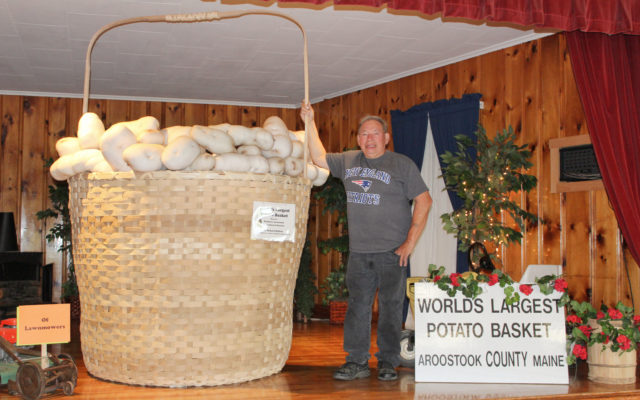 Karen Donato, Special to The County • January 14, 2018
The Southern Aroostook Agricultural Museum will host their annual membership supper on Saturday, Jan. 20, from 4:30 until 6 p.m.

LITTLETON, Maine — The Southern Aroostook Agricultural Museum will host their annual membership supper on Saturday, Jan. 20, from 4:30 until 6 p.m.

Guests will enjoy a free roast beef supper with their 2018 paid dues or $9 per person for the general public. During the supper Richard Silliboy of Littleton will receive special recognition.

Silliboy completed the largest authentic potato basket in Maine and possibly the United States and beyond, which will be permanently displayed at the museum. He and members of his family have been basketmakers for decades. He completed the project just in time for Potato Feast Days in Houlton last August.

Silliboy was one of eight children who learned the art of basket making from his mother, Mary Ann. She would make 10 or 12 dozen baskets a week. As a child, he and his brothers and a sister would cut cedar or brown ash for their mom. The boys would pound the wood at night after working many hours for neighboring farmers. The baskets were sold for 50 cents each to area farmers and businesses, including the Riley Bros. IGA and Fogg’s Hardware Store.  Silliboy’s mom also made pie baskets and other decorative baskets of all sizes.

However, in 1985, Silliboy became aware that basket-making was a dying art. There were less than 50 basket makers in four tribes. The average age was 55. In 1993 the Maine Basket Alliance, which included the tribal communities of the Maliseets, Passamaquoddy, Micmac and Penobscot tribes, did a workshop in each area to increase the knowledge and art of  basket-making, which inspired Silliboy to take up the art again. There are now about 200 artisans.

The project for the largest potato basket was somewhat initiated because of a basket that had been displayed on the lawn of the Houlton Chamber of Commerce during earlier Houlton Potato Feast events, which had randomly been referred to as the largest potato basket around. It caught the eye of a former Ricker College student, Pat Cunningham of Syracuse, New York, who was in Houlton attending a college reunion.

Months later Cunningham met Silliboy at a spring trade show in Houlton. Silliboy was marketing dozens of his baskets at a booth and the topic of the largest potato basket came up. Unbeknownst to Cunningham, a discussion of this same topic had come up over the years with some of the members of the museum and Silliboy. The project began to take shape.

Project organizers sought funding. With monies received from Maine Community Foundation, the SAAM and private donations, the project was underway. The entire project was documented with photos and a video that will be available in the near future.

A book written by Dr. Dena Winslow will also be available, encompassing the history and development of the potato baskets from the 1800s, noting the changes in the shape and style over the years. They were somewhat different than what many people used in the fields. Her book also includes the history of potato farming. Proceeds from the book will benefit the museum.

Assisting Silliboy in the project were his three daughters, Rosella Silliboy, Chrissy Donnelly, and Jeannette Marshall and her husband, Maynard.

The basket measures 4 feet across the bottom and 5 feet, 3 inches across the top. It is 4 feet, 1 inch from the floor to the rim and 7 feet, six inches to the top of the handle. The basket is currently displayed on the stage of the museum gymnasium and will later be moved to the Grass Tool Room.

The museum seeks harvest photos with Native Americans using the baskets or making them. If you have any to share or donate, please call (207) 694-6099 and leave a message. 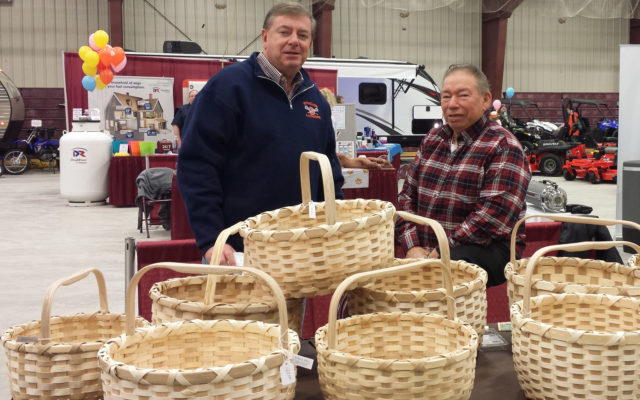 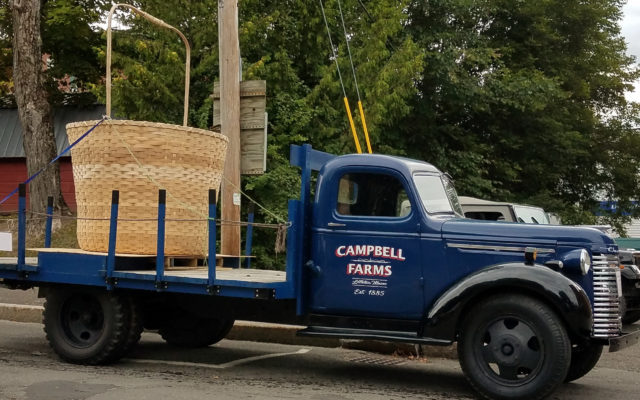 Next year's Caribou City Council will include a new member and a longtime councilor thanks to Tuesday's election.
Pets END_OF_DOCUMENT_TOKEN_TO_BE_REPLACED

When I wrote the first story of our dog Odie, I didn’t know that I would write a Part 2, but there were so many more stories that I decided more of this little dog’s story needed to be told.
What's Happening This Week END_OF_DOCUMENT_TOKEN_TO_BE_REPLACED