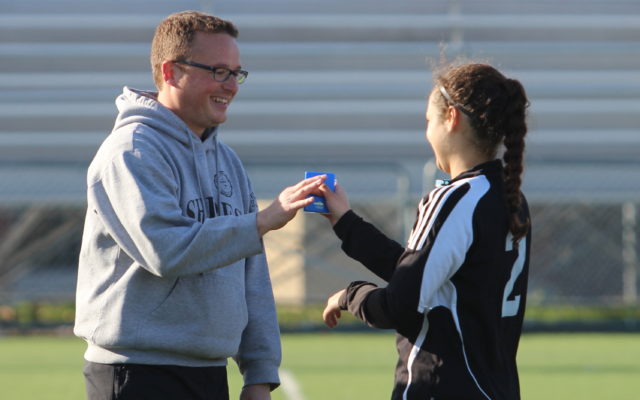 Joseph Cyr • August 10, 2018
Houlton Middle-High School will have two new, but familiar faces taking over as administrators this year.

HOULTON, Maine — Houlton Middle-High School will have two new, but familiar faces taking over as administrators this year.

On Aug. 7, the RSU 29 board approved the hiring of Tim Tweedie as assistant principal and Karen Carmichael as food services director.

Tweedie joins newly-hired principal James Hodgkin, who was hired by the board July 25, while Carmichael takes over for long-time food services director Joyce Smith, who retired at the end of the last school  year.

“We are pleased to have Mr. Tweedie join the RSU 29 administrative team as the new Houlton Middle/High School assistant principal,” RSU 29 Superintendent Ellen Halliday said. “Tim is well known for his dedication to our students, the school district and the community at large — all attributes which will continue to serve him well in this new assignment.”

Tweedie has been a high school social studies teacher for 12 years and department chairperson for the past 11 years. In addition, Tweedie has served as the varsity girls soccer coach for the past 13 seasons. He will return for his 14th season this fall, but it will likely be his final year as, according to Halliday, the district does not allow its administrators to coach.

“Tim will coach soccer for this season, due to the season starting very soon, but we will advertise for a new coach for the 2019-20 season,” she said.

“I am excited,” Tweedie said of his new position. “Obviously this is the next step for me professionally. I have always tried to be the best educator I could be. Now instead of impacting 100 kids, I will be able to impact 600 students as the assistant principal.”

Carmichael is no stranger to the food services program for RSU 29.

“Karen has worked in our food service department for the last 24 years and we are so pleased to have her move into this new position and are confident she will do a terrific job,” the superintendent said.

Many of you have been following Luke's story on our Facebook page. Luke came to the Ark last July with his sister Lydia at 8 weeks old. Both Luke and Lydia were in really bad shape with untreated upper respiratory infection.
Campaign Corner END_OF_DOCUMENT_TOKEN_TO_BE_REPLACED