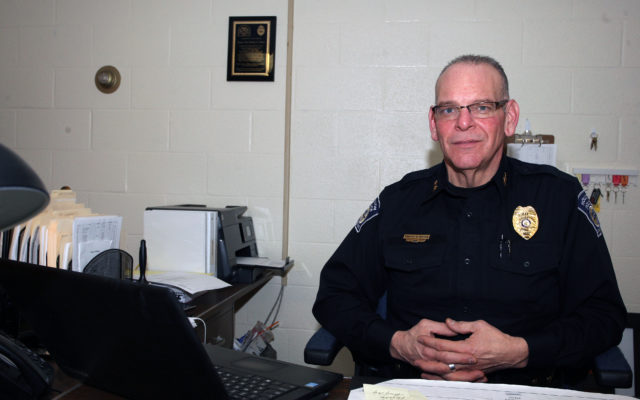 With the vote tied at 3-3, Council Chair Jane Torres had to break the deadlock, casting a yes vote to confirm DeLuca. In accordance with the town charter, the council chairman can break a tie, but is allowed to vote only in the affirmative.

Department heads are customarily reconfirmed at the first council meeting of the year.

Though it is the town manager’s responsibility to hire and fire department heads, the council must approve those appointments.

The councilors moved quickly through the list, reconfirming the rest of the employees to their positions, but then reached an impasse when it came time to confirm DeLuca.

Councilors William McCluskey, Sue Tortello and Chris Robinson voted to confirm the chief. Councilors Raymond Jay, Terry “Joe” McKenna and Hal Britton did not. No one stated during the meeting why they weren’t supporting his reappointment.

When reached Tuesday, both McKenna and Britton said they could not disclose any information about their decisions at this time. Jay did not respond to a request for comment.

DeLuca began his position with the town on Jan. 3, 2017, after 32 years with the Old Orchard Beach Police Department where he reached the post of deputy police chief.

DeLuca took over the post in Houlton that was vacated by McKenna, the current councilor, who was police chief for a year and seven months before resigning in August 2016.

Reached Tuesday evening, Deluca said that he had “no comment” on the divided vote.

This is not the first time there has been controversy over confirmation of town employees. In November 1999, immediately after a new council was sworn in, councilors failed to confirm the town manager’s appointment of Milton Cone as fire chief, ambulance service director and cemetery superintendent. They also failed to confirm former Police Chief Darrell Malone. Cone had been the fire chief for 13 years at that point, and Malone had been in law enforcement for 34 years.

After more than 100 people showed up at a meeting five days later to voice their support for the chiefs, however, they were re-appointed. Cone still holds the position for the town and was re-appointed on Monday evening. Malone retired in 2001 after a 36-year career.

Halfway Home Pet Rescue in Caribou has partnered with the Houlton Humane Society shelter for a cat spay and neuter clinic on Saturday, May 30, and Sunday, May 31, in Houlton.
Campaign Corner END_OF_DOCUMENT_TOKEN_TO_BE_REPLACED