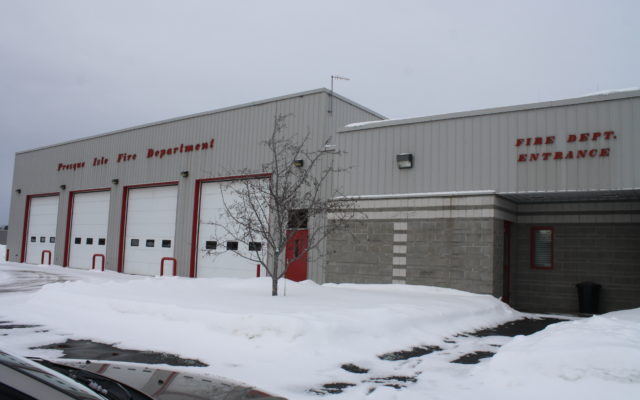 Melissa Lizotte • January 21, 2019
Recent data collected by the Presque Isle Fire Department shows a decrease in the number of working structural fires that city firefighters and neighboring fire departments have responded to over the past five years.

PRESQUE ISLE, Maine — Recent data collected by the Presque Isle Fire Department shows a decrease in the number of working structural fires that city firefighters and neighboring fire departments have responded to over the past five years.

According to Presque Isle Fire Chief Darrell White, the department responded to 13 structural fires in both 2014 and 2015, 11 in 2016, six in 2017 and three in 2018. He defined a working structural fire as any fire that requires help from a team of firefighters to put out and causes considerable property damage and potential injuries or loss of life.

“The numbers have been dropping considerably during the past few years and we hope that trend continues,” White said.

White noted that most of the structural fires that occured within that time frame were caused by incorrect or dangerous cooking techniques, particularly those involving grease burners or stovetop cooking. Other causes have included electrical issues in residential homes or space heaters and candles left unattended.

He credits much of the decrease in structural fires to the department’s fire prevention program, which the department operates yearlong as opposed to only in October during National Fire Prevention Month.

“For 20 years, we’ve had a trailer with a kitchen set up so that we’ve been able to teach children about how people should respond to stovetop fires and install smoke alarms,” White said. “It seems that recently we’ve reached the point that a lot of the children we started out teaching are now adults who own homes and have passed those lessons on to their children.”

When dealing with a grease fire, White recommends that people do not throw water on the fire. Instead, they should cover the flames with a metal lid or cookie sheet, leave the cover on until the fire has cooled and then turn off the heat source.

In recent years, White has seen a decrease in fires caused by cigarette smoking, propane tanks and space heaters. He credits that trend to modern technology such as fire-safe cigarettes that are designed to extinguish themselves after periods of non-use, space heaters that can automatically shut off if tipped over, and propane tanks that can immediately shut off before their gas levels reach a dangerous point. He recommends that people never leave any of those objects unattended or where children and pets can reach them.

Having working smoke alarms and carbon monoxide detectors and a well thought out escape plan also can increase people’s chances of exiting their home uninjured during a fire, he said. During the winter months, homeowners also should keep all outside entrances clear of snow to ensure a safe escape.

“Fire alarms won’t stop a fire from happening but they can allow you to get outside before anyone is hurt,” White said.

Maine is more than eight months into Medicaid expansion under the federal Affordable Care Act and trends around who is enrolling and where they live are starting to emerge, bucking some expectations and pointing out access challenges.
Pets END_OF_DOCUMENT_TOKEN_TO_BE_REPLACED