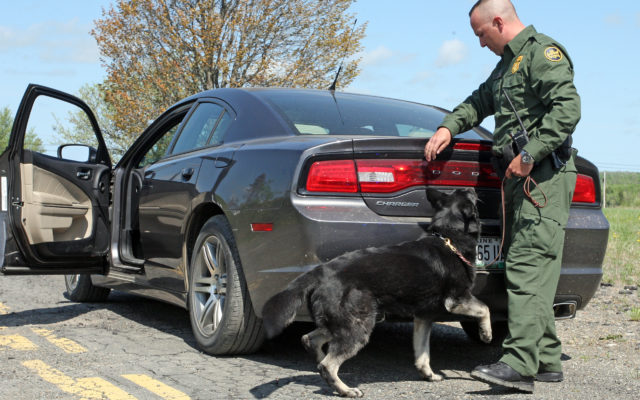 Nina Mahaleris • July 30, 2019
A driver accused of transporting seven Mexican immigrants illegally into Maine from Canada last week is being charged with human smuggling, according to a press release from the U.S. Customs and Border Protection on Friday.

BRIDGEWATER, Maine — A driver accused of transporting seven Mexican immigrants illegally into Maine from Canada last week is being charged with human smuggling, according to a press release from the U.S. Customs and Border Protection on Friday.

Maine State Police stopped a vehicle in Bridgewater Tuesday night, July 23, after officers suspected the driver was intoxicated. Seven individuals in the car were found to have crossed into Maine from Canada illegally, some evading security checkpoints.

Agents charged four of the passengers with a criminal misdemeanor for illegal entry. Three others who had previously entered the United States illegally are facing felony charges for illegal re-entry after deportation.

The driver, Margarito Lucero-Luis, 45, is being charged with “alien smuggling” and is facing up to five years in federal prison and a fine of up to $250,000, if convicted.

He allegedly told agents he was being paid $1,000 to bring the immigrants to New York City from Maine. Lucero-Luis had a valid Connecticut driver’s license and told agents he had been living in the United States for 25 years but didn’t have a passport or immigration documents, the affidavit stated.

Jason D. Owens, Houlton sector chief of the Maine Border Patrol, said they have observed a “noticeable increase” in apprehensions in Maine compared to last year.

Maine is more than eight months into Medicaid expansion under the federal Affordable Care Act and trends around who is enrolling and where they live are starting to emerge, bucking some expectations and pointing out access challenges.
Pets END_OF_DOCUMENT_TOKEN_TO_BE_REPLACED