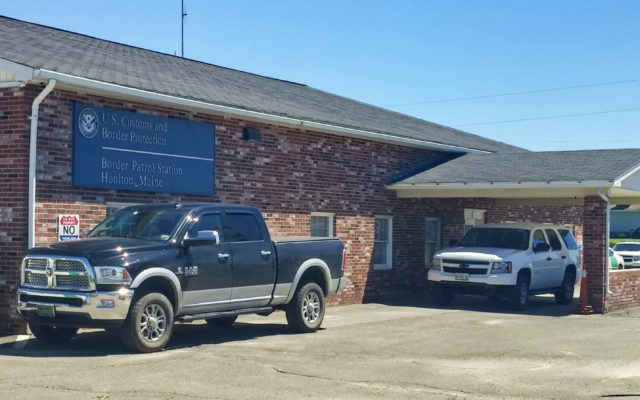 Nina Mahaleris • July 26, 2019
The United States Border Patrol has arrested seven people, all of whom agents confirmed to be from Mexico, for allegedly crossing illegally into Maine from Canada this week.

BRIDGEWATER, Maine — The United States Border Patrol has arrested seven people, all of whom agents confirmed to be from Mexico, for allegedly crossing illegally into Maine from Canada this week.

Maine State Police troopers pulled over a vehicle transporting eight people on Tuesday, July 23, in Bridgwater, about 22 miles from the Houlton Port of Entry, suspecting the driver could be under the influence of alcohol. The vehicle was seen “crossing the center line on four separate occasions,” according to a Border Patrol affidavit filed in U.S. District Court in Bangor on July 24.

Border Patrol agents arrived at about 10 p.m. after receiving a call from the State Police for help with language translation.

The agents charged four passengers with a criminal misdemeanor for entering the country illegally, according to the Border Patrol documents about the arrests. Three other passengers were found to have tried to enter the U.S. illegally once before, and were arrested Tuesday on charges of illegal re-entry after deportation, a felony under U.S. law.

Information about the driver was not immediately available on Thursday.

Entering the United States illegally is a misdemeanor charge that carries punishment of up to 180 days in jail, a $5,000 fine, or both. Illegal re-entry is a Class E felony, according to the Border Patrol, and is punishable by less than two years imprisonment and a fine up to, but not more than, $250,000.

Mark Phillips, public affairs liaison for the U.S. Border Patrol at the Houlton sector, said agents have observed a “threefold increase” in apprehensions of Mexican nationals compared to last year. Phillips said this increase includes all types of apprehensions and entry.

Next year's Caribou City Council will include a new member and a longtime councilor thanks to Tuesday's election.
Pets END_OF_DOCUMENT_TOKEN_TO_BE_REPLACED

Everyone who enjoys the company of a dog knows that sometimes dogs have strange behaviors.  They may arrive in your life with the behaviors already in place, or perhaps they are adopted as a puppy and develop a behavior young.
What's Happening This Week END_OF_DOCUMENT_TOKEN_TO_BE_REPLACED