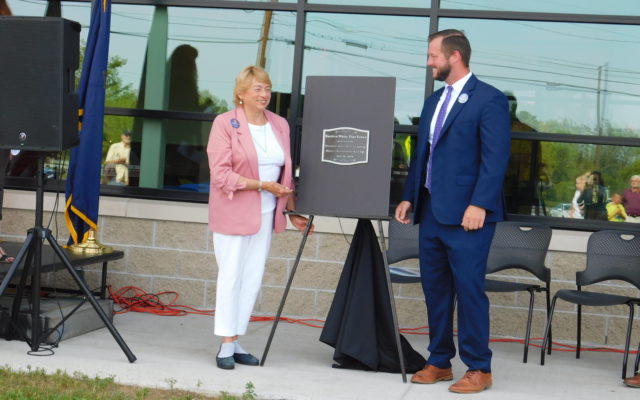 Nina Mahaleris • July 30, 2019
Gov. Janet Mills kicked off celebrations for Maine’s 200th year of statehood on Tuesday with a visit to the Star City.

PRESQUE ISLE, Maine — Gov. Janet Mills kicked off celebrations for Maine’s 200th year of statehood on Tuesday with a visit to the Star City. 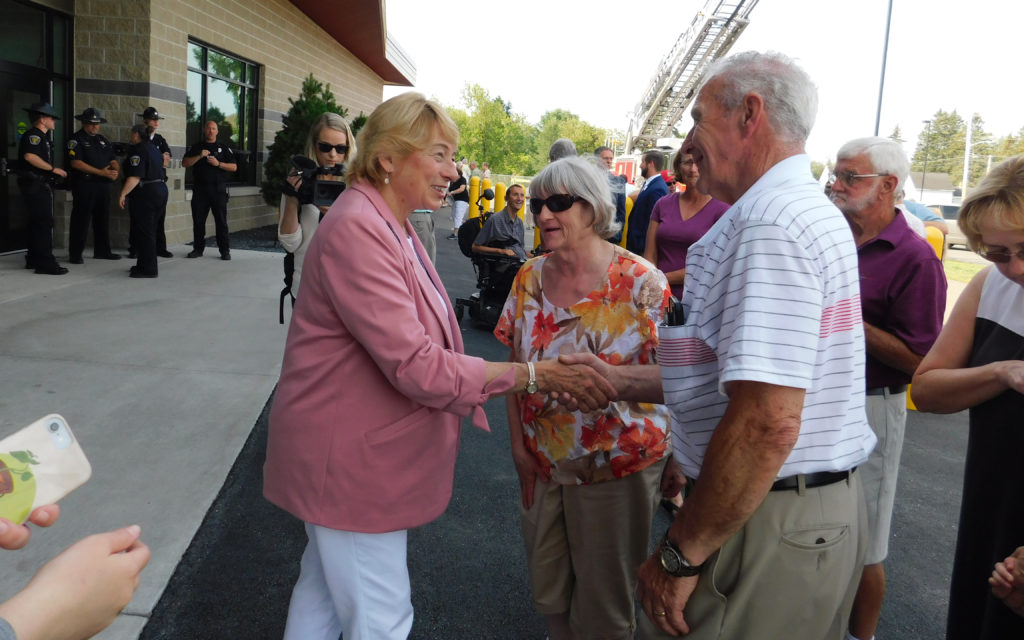 “Maine has a proud and storied history, and our bicentennial offers us the opportunity not only to honor it, but to recommit ourselves to the values that shaped us as a state and as a people,” Mills said in a written statement about the event.

Bicentennial Kickoff Day coincides with the 200th anniversary of the affirmative vote to separate the District of Maine from the Commonwealth of Massachusetts, in July 1819, according to the statement. 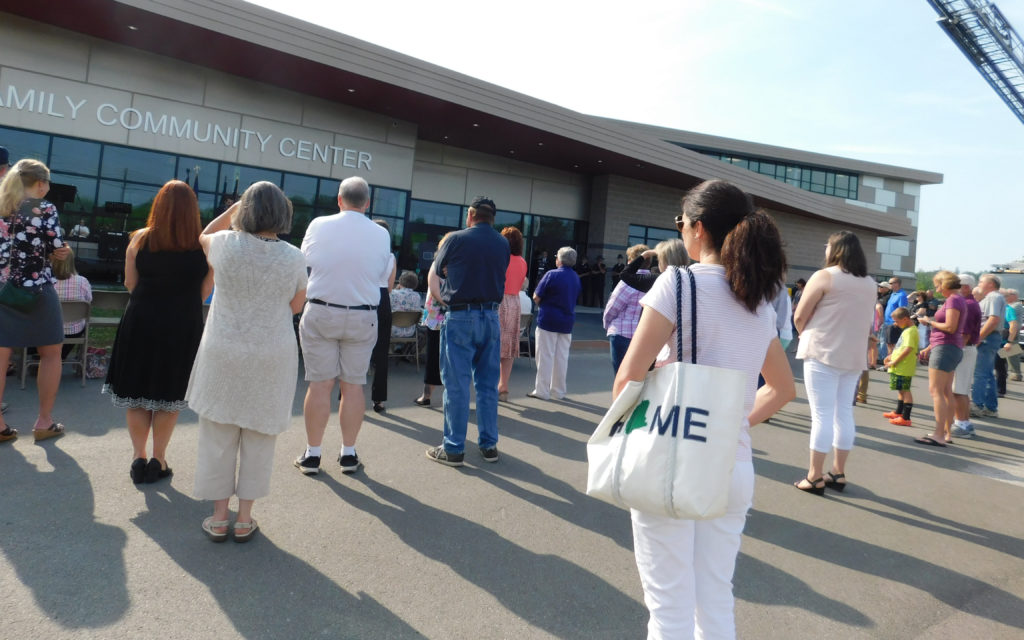 County people gathered at the parking lot of the Sargent Family Community Center at 8:30 a.m. to greet the governor and celebrate the bicentennial by raising the Maine state flag.

As a gift to the city, Mills and Rep. Trey Stewart unveiled a celebratory plaque and presented three potted white pine trees to be planted in the area, to represent Maine’s past and the future to come.

Along with the Bicentennial Commission, the governor will be traveling throughout the state on Tuesday to appear at similar events in Portland, Bangor and ending in the capitol.

In addition to the visit, Mills and the Bicentennial Commission also launched a “Bicentennial Community Grants Program” to help communities around the state celebrate the anniversary in their own ways.

“These grants will allow towns, cities, schools and community groups to bring the bicentennial to their own backyards and celebrate the unique contributions they have made to Maine’s history as we gather to mark this important milestone. Bicentennial Community Grants will be available for bicentennial-themed projects that benefit the public, such as parades, historic preservation efforts, lectures, and curriculum,” stated a press release from Maine.gov on Tuesday.

At least one grant of up to $10,000 will be available in each county. The grants will be administered by the Maine Arts Commission and interested parties can apply on the Maine Bicentennial Commission website.

In her speech, the governor touched on Maine pride. “Wherever you go, whatever you do, whoever you are with, tell them about the great place you are from,” Mills said.

She concluded by saying, “You will always be a son or daughter from Maine.”

Members of the Houlton Band of Maliseets will head to the ballot box in order to determine who will be elected as their new tribal chief.
Pets END_OF_DOCUMENT_TOKEN_TO_BE_REPLACED