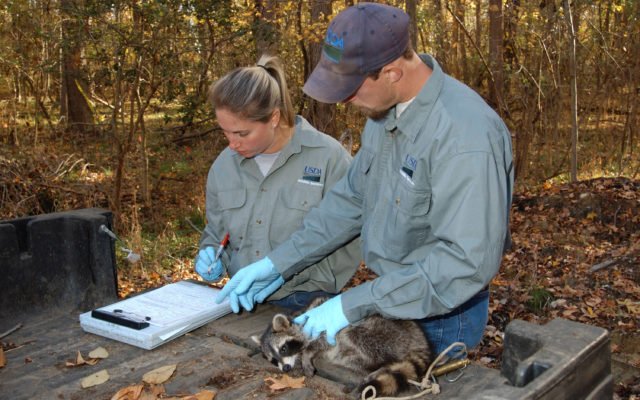 Rabies vaccine baits to be released in northern Maine

Anthony Brino • July 30, 2019
In an effort to reduce the levels of rabies in wildlife populations, the U.S. Department of Agriculture’s Wildlife Services is releasing baits containing the rabies vaccine in northern Maine this August.

PRESQUE ISLE, Maine — In an effort to reduce the levels of rabies in wildlife populations, the U.S. Department of Agriculture’s Wildlife Services is releasing baits containing the rabies vaccine in northern Maine this August.

Most of the baits will be released by plane, although in more densely populated communities, it will be distributed by vehicle.

Rabies is a contagious virus that affects the central nervous system and is mostly found in wildlife such as bats, raccoons, skunks and foxes. The virus can be spread from wildlife to pets and humans, and is fatal if not treated immediately after a potential exposure. 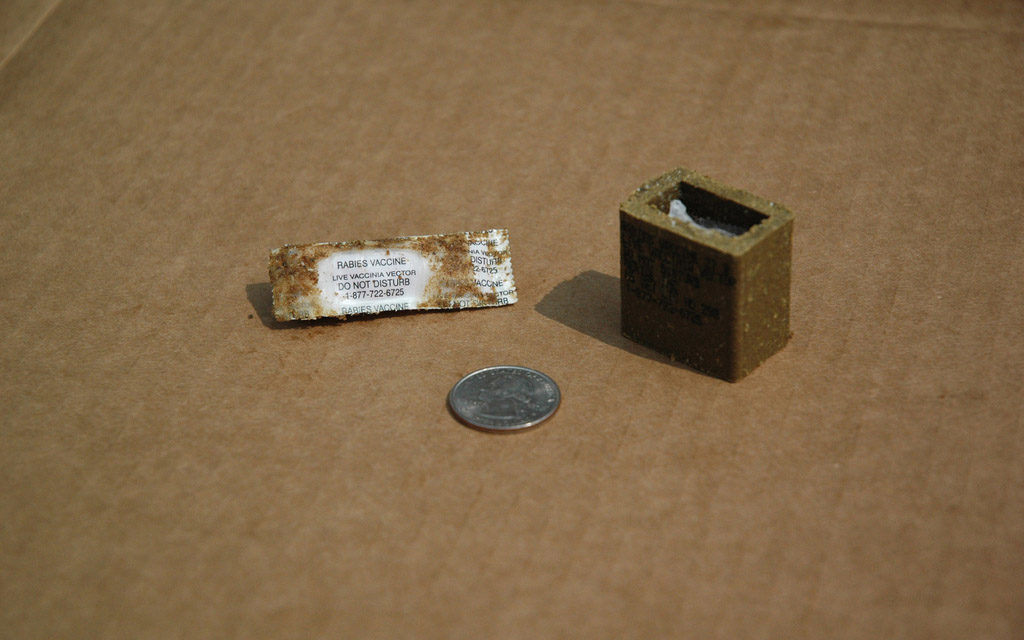 A coated sachet (left) and fishmeal-polymer (right) oral rabies vaccination baits, with a quarter for perspective. The sachet — or plastic packet — contains the rabies vaccine. To make the baits appetizing to animals, the sachets containing vaccine are sprinkled with fishmeal coating, and/or encased inside the hard fishmeal-polymer blocks. Field crews distribute the ORV baits by plane or on the ground by hand. If you find one of these, please leave it where you found it. Baiting rabies vaccines is part of Wildlife Services’ National Rabies Management Program. (Courtesy of John Forbes, USDA-APHIS-Wildlife Services)

The oral rabies baits contain the rabies vaccine with coatings of fishmeal that are attractive to wildlife. Humans and pets cannot get rabies from contact with the baits, but the baits should be left alone, according to the Maine CDC.

The vaccine baits have been distributed throughout Maine since 2003 and the effort is a collaboration between the USDA’s Wildlife Services, the Maine CDC and the Maine Department of Agriculture, Conservation and Forestry.

The prevention effort also takes place across the border in Canada with the agencies’ counterparts in New Brunswick and Quebec.

As of July 2019, 49 animals this year have tested positive for rabies in 12 Maine counties, in bats, raccoons, striped skunks, and gray and red foxes, according to the Maine CDC.

Anyone bitten or scratched by a wild animal is urged to wash the wound with soap and water and contact a medical provider and the Maine CDC.

Only one member of Maine’s congressional delegation had come out in favor of impeaching President Donald Trump ahead of House Speaker Nancy Pelosi’s Tuesday announcement that the Democratic-led House of Representatives would begin an impeachment inquiry.
Pets END_OF_DOCUMENT_TOKEN_TO_BE_REPLACED