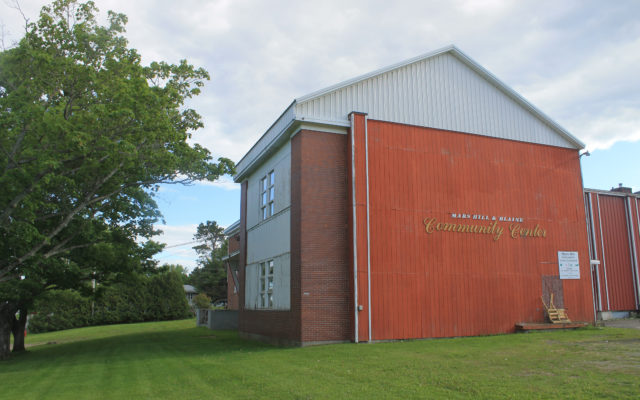 Anthony Brino • September 19, 2019
The effort by Blaine and Mars Hill to build a new community center is moving into the conceptual design phase this fall, with a likelihood of a bond referendum going to voters in mid-2020, said Mars Hill town manager David Cyr.

MARS HILL, Maine — The effort by Blaine and Mars Hill to build a new community center is moving into the conceptual design phase this fall, with a likelihood of a bond referendum going to voters in mid-2020, said Mars Hill town manager David Cyr.

A new steering committee composed of representatives from the two towns met in mid-September to discuss the vision for the community center as they put together a request for qualifications for an engineer and architect, Cyr said.

In July, 66 percent of the 135 residents from the two towns voted in a non-binding straw poll in support of building a new community center to replace their current community center, housed in the former Aroostook Central Institute high school. The working estimate for the cost of the new building is $2.7 million, Cyr said.

“We’ve identified the functions that the existing building serves, and then what we’d like to have in a new building: a gym, stage, room for a community food pantry, bathrooms, changing rooms, office space,” Cyr said. “I’ve been tasked with developing a request for qualifications for an engineer and architect to move forward with conceptual plans and eventually design.”

Cyr said he hope to have bids from designers by late October. Voters in Blaine will have to approve funding for the design project in a special meeting, while Mars Hill already has appropriated funds for its share of the design, Cyr said.

Mars Hill counts about 1,400 residents, and the neighboring town of Blaine fewer than 700. For decades, the former Aroostook Central Institute building has served as a community center hosting basketball and other recreation programs.

However, the building has a number of structural issues and safety concerns that prompted leaders of the two towns to endorse the idea of building a new community center as long as their voters will support the shared costs and increase in their property taxes.

“We believe that a community center is important to this community,” Cyr said. “It’s one of those things that when people move or make investments, the things they ask about are what are the taxes like, how are your schools and what do you have for amenities?”

I was mentioning to our board of directors this past week that I got a quarterly report from a large online retailer who will donate a portion of my purchases to a charity I select.
Campaign Corner END_OF_DOCUMENT_TOKEN_TO_BE_REPLACED