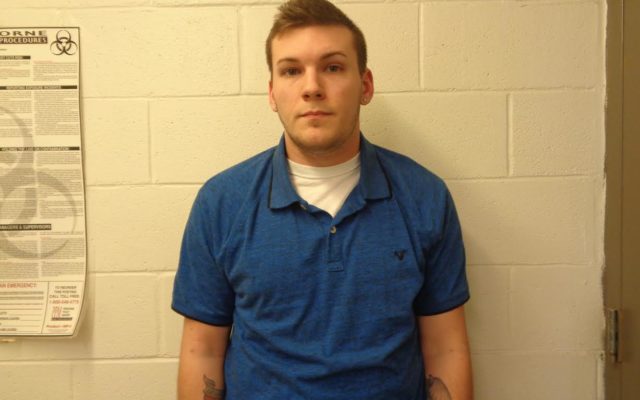 Jen Lynds • October 9, 2019
A Woodland man who was found guilty last year of multiple sex charges after engaging in a sexual relationship with a student is seeking to have his conviction overturned by the Maine Supreme Judicial Court.

CARIBOU, Maine — A Woodland man who was found guilty last year of multiple sex charges after engaging in a sexual relationship with a student is seeking to have his conviction overturned by the Maine Supreme Judicial Court.

The Law Court took up the appeal in the case against Colby Conroy, 25, on Wednesday.

The unprecedented case involves Conroy, who was found guilty on four of seven charges related to sexual misconduct with a 15-year-old female student while he was working as a substitute teacher at the Caribou Regional Technology Center.

Aroostook County Assistant District Attorney John Pluto said at the time that it was unprecedented because he could not find any other court rulings involving a substitute teacher and a student.

He was convicted after a bench trial in front of Superior Court Justice Harold Stewart II of gross sexual assault, unlawful sexual contact and unlawful sexual touching for sexual acts with a child who was under 16 years old and who was a student in a vocational class that he taught for one day as a substitute teacher.

Conroy appealed, arguing that the court erred in finding him guilty of the charged offenses because he was not a “teacher, employee or other official having instructions, supervisory or disciplinary authority” over the child at the time of the sexual acts, which occurred two days after he was the victim’s substitute teacher.

According to court documents, Conroy substituted in a culinary arts class at the Caribou Regional Technology Center on May 22, 2018. He then contacted the student through a social media site and then engaged in a sex act on May 24.

Hunter argued that Conroy was simply a “temporary employee” and that his employment with the center was finished the moment the class was done. He said that he did not believe that Conroy had any supervisory or disciplinary authority over the victim once he was finished teaching.

Collins argued that Conroy had an inherent authority over the victim and had been invited into the school in his position as a substitute teacher. He said that students sometimes feel subtle pressure to “ingratiate themselves” to teachers and those in supervisory positions within the district. He noted that Conroy was still a substitute teacher rostered in the district at the time of the offense.

Hunter disagreed, saying that Conroy had no contract with the district, and that his name was simply put on a list and he was simply called and asked to come in when needed.

The justices questioned both attorneys extensively about the statutes governing conduct between teachers and students. Chief Justice Leigh I. Saufley put particular focus on whether Conroy held a supervisory role over the student on the day that the sex act took place.

The Law Court gave no timeline for making a decision.

On Thursday, Rep. Harold “Trey” Stewart III, R-Presque Isle, announced he will run for a state Senate seat in the 2020 legislative election -- an important change for one of the most powerful representatives in the Maine House.
Pets END_OF_DOCUMENT_TOKEN_TO_BE_REPLACED