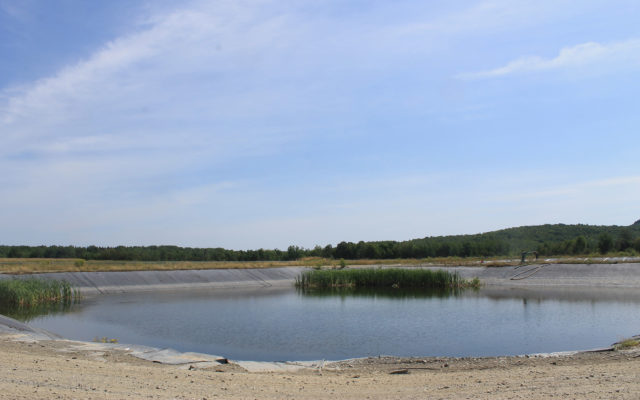 The proposed increase is going to be used to cover “future operational and maintenance costs, fully fund depreciation costs and to cover an increase in new and anticipated debt service payments.”

The average customer can expect a monthly increase of $8 on their utility bills, about $92 annually, Utilities District Superintendent Frank Kearney said in the notice.

Since August, the utilities district has been considering solutions to resolve its toxic sludge problem. The district had the option of paying for a one-time dewatering service, purchase permanent dewatering equipment, or both.

A one-time dewatering service would cost more than $100,000, while investing in permanent dewatering equipment could run $500,000 or more. The utility previously applied for a grant from the Maine Department of Environmental Protection that will cover 80 percent of the costs of dewatering up to $150,000, Kearney said in August.

By next week, the district should find out if they received the DEP grant which will help cover fees for one-time emergency dewatering service, according to Bill Sheehan, who works for the agency’s wastewater compliance desk, overseeing the Northern Maine region.

“The grant that they applied for was sort of an emergency grant to deal with the dewatering issue currently,” he said.

The district’s sludge storage was nearly at capacity and had to be processed before winter.

The district was also in the process of applying for a $15 million USDA Rural Development loan to upgrade its wastewater treatment plant, with more than $1 million that would be allocated toward new sludge dewatering infrastructure.

In a Facebook post from Sept. 27, the district said it was in the process of dewatering sludge that had been building up since last fall.

The post added that dewatering was a necessary process to align with “new regulations involving Per- and polyfluoroalkyl substances (PFAS) in the wastewater and eliminating the ability of utilizing sludge land application.”

Back in March, the Maine Department of Environmental Protection ordered water utilities to cease spreading wastewater sludge on fields until they tested PFAS levels in sludge and soils where the material was being applied.

On Sept. 30, Kearney wrote that a new dewatering system is currently being designed and is expected to cost close to $2 million, in the public notice of the rate increase.

“The DEP has also ordered that the District change the way it handles sludge disposal which will require a new dewatering system currently being designed. Maine DEP is providing some emergency funding as a grant, but about 20% will need to be repaid,” the notice further stated.

The district is planning to hold a public meeting about the proposed rate increase at 3 p.m. on Tuesday, Oct. 15, at the Mark and Emily Turner Memorial Library.

Kearney was not immediately available for comment on Friday afternoon.

Maine is more than eight months into Medicaid expansion under the federal Affordable Care Act and trends around who is enrolling and where they live are starting to emerge, bucking some expectations and pointing out access challenges.
Pets END_OF_DOCUMENT_TOKEN_TO_BE_REPLACED