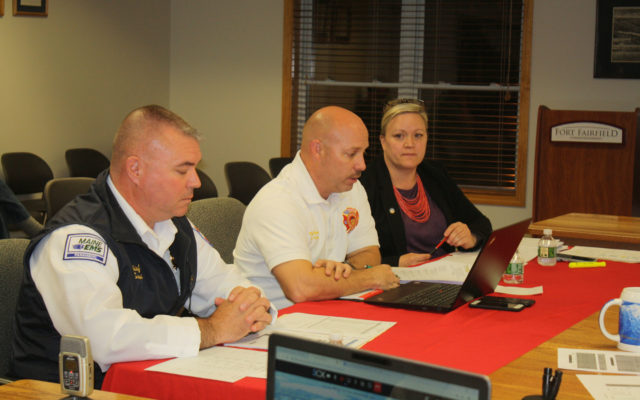 Town of Fort Fairfield considering starting its own EMS department

Melissa Lizotte • October 14, 2019
The Fort Fairfield Town Council has begun discussions on starting an independent fire and EMS service for the community.

FORT FAIRFIELD, Maine — The Fort Fairfield Town Council has begun discussions on starting an independent fire and EMS service for the community.

In May 2019 Fort Fairfield left its contract with Northern Light A.R. Gould Hospital and switched to service from the Presque Isle Fire Department. At the time, Fort Fairfield police Chief Shawn Newell said that the town and A.R. Gould were “unable to come to an agreement on cost and services.” He also noted that the switch to Presque Isle allowed Fort Fairfield “a reduced rate with coverage equal to if not better.”

Now Fort Fairfield Town Manager Andrea Powers and councilors are meeting with local fire chiefs to discuss the town’s options for starting its own EMS service.

On Wednesday, Oct. 9, Powers and councilors conducted an informal workshop at the town office with Fort Fairfield Fire Chief Vince Baldwin, who also serves with the Presque Isle Fire Department, and Caribou Fire Chief Scott Susi. Both chiefs discussed what their fire departments have done in relation to EMS services and made their own recommendations on how Fort Fairfield might move forward.

Based on estimates from Baldwin, the operational and start-up costs for EMS services — including the purchase of uniforms and personal protective equipment for EMTs and an ambulance — would be approximately $890,406.

The town also would be able to choose between purchasing a new ambulance for around $250,000 or entering into a lease-to-purchase agreement for an estimated $46,137 for one new ambulance.

“A lease purchase allows you to get a new vehicle with lower payments for the town,” Baldwin said. “This would be a five-year lease purchase.”

Baldwin noted that lease and purchase prices will vary depending on whether the ambulance is a Type I, Type II or Type III. Type I and Type III ambulances have square patient compartments, but Type I is mounted on a truck-like chassis while Type III is mounted on a cut-a-way van chassis. Type II ambulances are built on a chassis that give the vehicles a van-like appearance.

Powers emphasized that although the workshop was open to the public, the council will take more time to discuss options before making a decision. She encouraged residents to contact her, the councilors or Baldwin with questions and concerns or to speak during the public comment portion of the next council meeting at 6 p.m. on Wednesday, Oct. 16.

“Rather than rush into a decision we’ll look at what is the best option for residents moving forward,” Powers said. “By providing the service for our own community, we’ll be better able to market ourselves to people and businesses thinking about settling here.”

“I don’t see how we can attract businesses without our own EMS service,” Baldwin said.

Just when we thought we were out of the woods with kitten season, it has hit full force.  The past few days have been difficult answering the phone and hearing the stories of why people have litters of kittens they need to surrender.
Campaign Corner END_OF_DOCUMENT_TOKEN_TO_BE_REPLACED