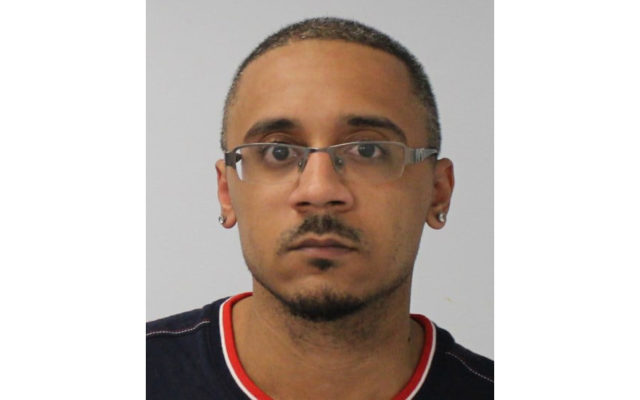 PRESQUE ISLE, Maine — Presque Isle Police are seeking help from the community to locate a man accused of domestic violence. He’s facing a new charge of tampering with the victim on Tuesday.

Travis Styles, 30, of Presque Isle is being sought by authorities after evading arrest during an incident last week.

On Sunday, Dec. 8, police said they were called to a domestic dispute in a residence on Carmichael Street. When they arrived, police were unable to arrest Styles after they believe he escaped out the back door of the house.

On Monday, eight days after Styles first avoided arrest, the Presque Isle Police Department made a post featuring information and a photograph of Styles on the department’s Facebook page. They asked the public to reach out to them if they had information on his whereabouts.

Styles initially faced charges of domestic violence assault, domestic violence terrorizing, and probation revocation. A new count of tampering with a victim was announced by Presque Isle Police on Dec. 17, after Styles repeatedly contacted attempted to contact the victim of the Dec. 8 incident. Police said he was trying to get her statements to authorities retracted and charges against him dropped.

Presque Isle Police Chief Laurie Kelly said she believes Styles had avoided multiple attempts by police to apprehend him at the Carmichael Street residence where he allegedly committed the crime on Dec. 8. As far as she knows, he still has a key to the home.

“If people know him, know where he is, we can pick him up and protect her,” Kelly said, referring to the victim of domestic violence in the case. “Because every time we go to get him, he ducks out the back.”

Police describe Styles as 5 feet 8 inches and 165 pounds with a “dark complexion” and a shaved head. He has black hair and brown eyes.

Kelly said that Presque Isle Police had put out an arrest warrant for Styles yesterday. She did not know if it had been approved.

Halfway Home Pet Rescue in Caribou has partnered with the Houlton Humane Society shelter for a cat spay and neuter clinic on Saturday, May 30, and Sunday, May 31, in Houlton.
Campaign Corner END_OF_DOCUMENT_TOKEN_TO_BE_REPLACED